Melissa Caddick’s fakes, frauds and a final throw of the dice 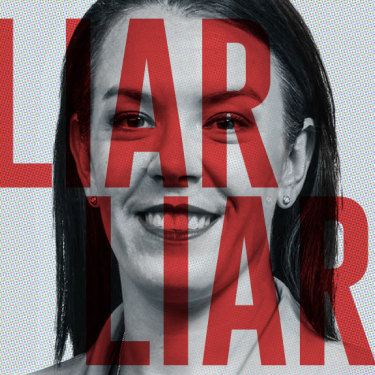 In the heart of every con artist, there is the fervent belief that the jackpot is just around the corner, one last lucky roll of the dice after which every one of your victims will be paid back.

For Sydney’s fraudster Melissa Caddick that last roll of the dice was a high-stakes gamble on cryptocurrency.

“If I get the big jackpot, I can pay everybody back and then it will all go away – but that’s sort of the fantasy they exhibit,” forensic psychiatrist Olav Nielssen said.

In a series of revelations in the new podcast Liar Liar: Melissa Caddick and the Missing Millions launched on Monday, the investigation examines the con artist’s desperate plunges on currency and international share trading as well as her entanglement with a lender of last resort.

In November 2020, the corporate regulator raided her eastern suburbs home as part of an investigation into Caddick’s giant Ponzi scheme, in which she stole $23 million from investors.

Among other revelations to be explored over the series are Caddick’s early criminal endeavours and details of how millions of dollars of investors’ funds flowed through more than 30 bank accounts of Caddick’s and out again to fund her life of extraordinary excesses.

And for the first time, listeners will hear the voice of Caddick herself as she tries to cajole a potential victim into investing in her massive Ponzi scheme. 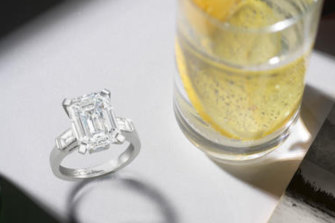 The ring Melissa Caddick bought with her parents’ money was pictured in a catalogue when she later sold it.

The podcast reveals the financial and personal devastation she inflicted on those closest to her, including that she squandered most of her elderly parents’ million-dollar nest egg on a single flawless diamond.

The speculation as to what happened to Caddick, who vanished hours after the corporate watchdog ASIC raided her home, quickly became a national obsession. For months, it was the story on everyone’s lips.

A missing wealthy businesswoman from Sydney’s eastern suburbs and a missing fortune in the tens of millions of dollars, stolen from investors, which fuelled by a lifestyle of excess such as and luxury cars, holidays and couture clothing.

And then a shoe containing her foot washed up on a south coast beach.

The court-appointed liquidator of Caddick’s assets, Bruce Gleeson, has dealt with Ponzi schemes before, but he has never dealt with anything quite like the Caddick case.

“This one is probably up there as number one. The media interest and the public interest in it has been huge,” he said. 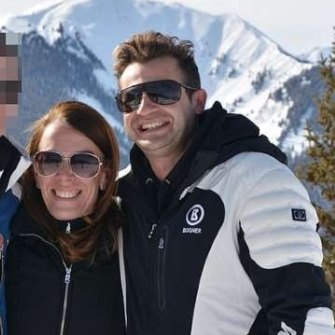 Adding to the intrigue is Anthony Koletti, the husband of the missing con woman. In court documents, he has claimed his wife may have been murdered and the suggestion she stole millions of dollars from family friends are lies.

In interviews with key players in the case, including family, friends and authorities, one of the biggest surprises to emerge from the investigation are the bitter divisions that have emerged in Caddick’s own close family.

“Some of them will never talk to each other again,” said one relative, while another one refuses to even utter Caddick’s name, instead referring to her as “that woman.”

For at least a week after Caddick disappeared, most of her relatives didn’t even know that she was missing.

When they did find out, rumours among the family, fuelled by her mother’s suspicion that her daughter had been abducted, included that Melissa had been kidnapped after inadvertently getting in way too deep with some corrupt investors.

At that time “the general feeling” among her distressed extended family was “she is a lovely, loyal and honourable girl to her parents,” said the relative. “Little did we know.”

“Some of them will never talk to each other again.”

It was not until the Herald published a story titled “con artist of the century” on December 4, 2020 that her relatives discovered, to their horror, what Caddick had really been up to.

For years, she had been running a Ponzi scheme into which $30 million had flowed. Her investors thought their share portfolios were going gangbusters as each month Caddick sent a glowing investment statement purporting to be from online broker CommSec.

After the revelations about her criminal activities, one relative – already stressed that Caddick was missing – collapsed and had to be taken to hospital.

“The penny had dropped,” explained another relative. “This absolute betrayal of her family was almost a greater shock. It made me sick to my stomach.” 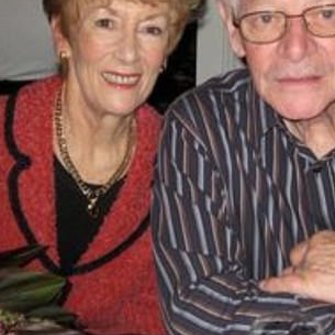 Melissa Caddick’s parents Barbara and Ted Grimley handed over $1.1 million to their daughter for a stake in an Edgecliff apartment.

Meanwhile, family relations haven’t been helped by the insistence of Caddick’s parents Barbara and Ted Grimley that they should be treated differently from other victims. They have claimed that the $1.1 million they gave to their daughter was for a one-third stake in an Edgecliff apartment Caddick purchased in her name for $2.55 million in late 2016.

However, by following the money, the Liar Liar podcast reveals that the money her parents handed over was never used to reduce the mortgage on the property, which Caddick had bought using funds stolen from her investors.

In May 2018, the Hong Kong rare diamond auction was abuzz over Lot 658, a flawless diamond, one of the rarest in the world. It was being sold by an Australian, Melissa Caddick, who had bought it just over a year earlier for $590,000.

Most of the money used to acquire the extraordinary diamond had come from her parents who had just sold their family home at Connells Point, in Sydney’s south. They thought the $1.1 million proceeds from their house sale was going towards paying off the Edgecliff apartment.

Instead, their daughter spent it on a single exquisite bauble, a private jet company in Aspen and other personal expenses Caddick used to maintain her extraordinary life of luxury.

“It is totally unfair to the investors that the Grimleys feel they deserve preferential treatment … why should they get compensation ahead of those investors who have lost everything?” said an investor.

“Shame on them,” said another, who added, “All we ever were was dollar signs to her, nothing more … she was pure evil.”

The dispute over the Grimleys’ entitlement to the Edgecliff property will return to the Federal Court on 3 May.