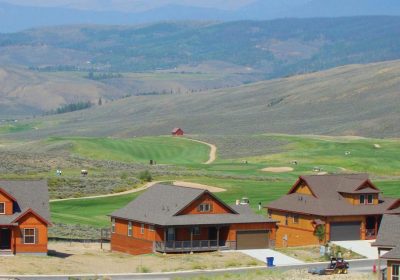 Three property owners in the resort community that borders the former Silver Creek ski area in Granby are stuck in a legal battle over control of a metro district that puts the area’s future development into question.

At issue is whether real estate developers who control metro district boards of directors can ignore property owners who want to serve on those boards and, instead, appoint their own allies.

One side says the law precludes the move while the other says they’re free to appoint whomever they please.

The three property owners have filed a lawsuit in Grand County district court saying they were wrongly stepped over for an appointment to the Headwaters Metropolitan District and that three other people — each with an affiliation to the developer of Granby Ranch — were chosen instead.

Headwaters has financial oversight of the Granby Ranch development.

Lawyers for the developer and the district are threatening their own lawsuits against the Town of Granby, whose council conditionally appointed the property owners to the Headwaters board pending the outcome of the lawsuit. The council is the oversight authority to the metro districts.

“This is a superb example of what residents can do and have to do to take back self-government,” said attorney John Henderson, an expert on metro districts who is a member of Coloradoans for Metro District Reform. “The problem is it shouldn’t be this difficult.”

The developers of Granby Ranch say they’re simply trying to save a project that’s faltered for years.

“The property has potential but requires substantial investment to move the project in the right direction,” said Matthew Rork, attorney for developer Granby Prentice Granby Holdings (GPGH). “Granby Ranch and its current and future homeowners deserve to have these issues resolved so the community can move forward, and the property owner can justify this future investment.”

The Colorado legislature is likely to take up several measures of metro district reform this session, with bills favoring developers and others favoring consumers and homeowners, though none has been formally introduced.

Several legislators last year worked on proposals that took up several issues regarding metro districts after The Denver Post reported extensively on problems and abuses homeowners have faced through the years. Those efforts stalled when the pandemic lockdown hit in March 2020.

With land that sits inside the Granby Ranch Metropolitan District, the landowners say they were surprised to learn that much of their property taxes were regularly grabbed up by Headwaters, a separate district controlled and run by the developers of Granby Ranch.

The setup, known as a master-servant arrangement, is a common one in Colorado where property taxes collected from homeowners who live in the servant district are handed over to the developer-controlled master district. The money is typically used to pay the costs of bonds the district issued to refund the developers for a variety of expenses, such as installing the infrastructure before any homes were built.

Homeowners are intentionally left out of a master district and typically have no way to get a seat on its controlling board – and a say in how its finances are handled – because the developer usually owns all the land in the master district and there are no homes there.

Metro district laws allow for people to qualify for a board seat by signing an option to purchase a sliver of land from what is known as a director’s parcel, generally a piece of property on the edge of the development that’s not much larger than a parking space.

The option to buy that sliver – they usually are never executed – qualifies the person to be elected or, as frequently occurs, appointed to a board seat for the master district. There usually are only as many options as there are directors, giving developers complete control over who can be on the board.

But Headwaters is different.

Its former developer, Brazilian businesswoman Marise Cipriani, was able to include into the Headwaters master district a penthouse condominium at Base Camp 1 at the foot of the Granby ski resort. The condo was owned by SolVista Holding, an entity she controlled. The reason it was put into the master district, according to the landowners, was so Cipriani could ensure her son-in-law and development CFO, Dustin Lombard, could be a board member. He was a board member from May 2018 until May 2020, records show.

Cipriani’s development company, Granby Realty Holdings, ran into financial problems and in August 2020 thousands of undeveloped lots in the servant metro district, the ski hill, and a nearby golf course were put into receivership and sold in a foreclosure auction to GPGH.

But not the penthouse.

Cipriani sold it privately to a couple in Albuquerque, N.M. Although there was an effort to remove the property from the Headwaters master district, that didn’t happen, making it possible for someone other than the developer to gain a valuable seat on the district board.

Upstep the three Granby Ranch metro district landowners – Lee Sprigg, John Gillogley, and Colleen Hannon. Sprigg owns a parcel of land he expects to put a future home, Gillogley has a vacation home there and Hannon has been a full-time resident for several years.

Upset that many of their questions and concerns regarding their property taxes and how Headwaters was spending the money had gone unanswered – and their attendance at Headwaters public meetings were similarly met with silence – the trio approached the New Mexico owners for help.

“Essentially there is no transparency for a public entity,” Hannon said, referring to the Headwaters district. “There’s no public input, there’s lending between the developers and the master district, there’s no representation by homeowners to any of these decisions. This is not right.”

Similar to how a directors’ parcel that makes up a master district is cut into slivers, the three each received from Craig and Mindy McHorse, the New Mexico owners, a small purchase option contract on the penthouse condominium, just enough to qualify them for a seat on the Headwaters board.

The Headwaters board has five seats, but only two were occupied: by Lance Badger, who had ties to developer GPGH, and Christopher Harff, who has experience with faltering developments and sits on other metro district boards.

The other three seats had been vacant since May 2020, when an election was canceled for lack of any candidates.

The board in December officially called for anyone interested to put in their name, a legal formality in a master district since the developer typically controls who those would be.

All three property owners officially declared their desire to be named to the Headwaters board – Charles Randel Lewis replaced Badger as board president earlier in the same meeting – just before Christmas 2020. The board was legally bound to appoint the three landowners, according to their attorney Brian Matise.

“The law is clear. You may not qualify additional electors to fill a board vacancy beyond the number necessary to fill that vacancy,” Matise said. “To do otherwise is rigging the appointment process.”

Instead, Lewis and Harff waited until Feb. 10, when they appointed three other people, each with ties to GPGH.

Two – Brian Melody and Ashley van Dissel — work for Touchstone Golf, the company that Headwaters hired to manage the Granby Ranch golf course. The other, Bryan McFarland, is a developer who sits on a number of metro district boards and is a friend of Lewis.

Henderson said what’s happening in Granby is indicative of a larger issue with metro districts.

“Developer interests, enabled by their attorneys, are trying all they can to prohibit residents from participating in the decision-making process regarding taxes,” he said. “The result is that developers have absolute control, completely corrupting the democratic process at a critical level of government.”

“This dispute involves the district’s unlawful appointment … of nonresidents who did not own property in the district after qualified electors came forward to fill the vacancies,” Matise wrote Karzen on Feb. 26, according to a copy provided to The Denver Post.

The law, Matise explained to Karzen, prevents any additional directors from being qualified – or given the purchase options that would make them qualified – once there are enough people volunteering to fill the empty seats.

Matise filed a lawsuit in Grand County on March 11 after Karzen said his office was simply too busy to get to the problem soon, according to the lawsuit.

Attorneys for Headwaters would only say the issue over whether there was an obligation to appoint the three landowners is “in dispute.”

The whole thing has Gillogley shaking his head.

“Before I attempted to get a seat on the board, there was a huge learning curve. I couldn’t believe what the law allowed would actually occur. I was amazed,” he said. “That it can be so blatantly done, to disenfranchise property owners of their rights to any input. That just blows my mind.”

Meanwhile, the five Headwaters board members have held a meeting “with no opportunity for public comment” and took “several actions,” according to the lawsuit.

Since then, someone has approached the McHorses and made several offers to purchase the penthouse condominium – and presumably negate any chance the three landowners could sit on the board by canceling their purchase option contracts.

Two sources familiar with the negotiations, refusing to be identified publicly because they were not authorized to disclose it, confirmed the offers, along with a provision to speed things up so the deal could close quickly.

Then on March 23, lawyers for Headwaters and developer GPGH separately sent letters to the Town of Granby threatening their own lawsuits unless the town rescinded the conditional board appointments of the three property owners, according to copies obtained by The Post.

“The Town of Granby is attempting to exert powers it simply does not have — conditional appointments are not permitted under the law,” Rork said in an emailed statement to The Post. “Four trustees, voting against the advice of the town’s legal counsel, voted to approve this illegal action which then left no choice but to inform the town and the trustees of their legal liabilities.”

Said Matise: “This is a totally unacceptable attempt to bully a town.”