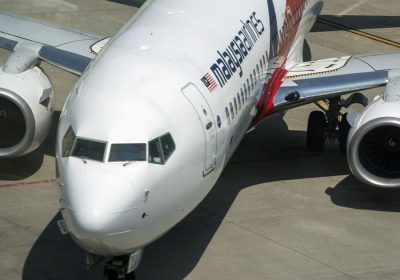 The seven year mystery of Malaysia Airlines flight 370 took a new twist this week with the emergence of new information from MH370 expert Richard Godfrey.

Godfrey has proposed the use of Weak Signal Propagation (WSPR) logs to map the last moments of the doomed Boeing 777-200’s flight.

WSPR – pronounced "whisper" – is an invisible grid of radio signals that spans the globe. As aircraft pass through this grid they set off “digital tripwires” that betray their position.

“WSPR is like a bunch of tripwires or laser beams, but they work in every direction over the horizon to the other side of the globe,” Godfrey writes.

“JORN or any Over-The-Horizon-Radar is similar to WSPR," he adds. "it also uses HF radio waves that bounce off the ionosphere and is effectively a very sophisticated tripwire detection system.”

Godfrey’s report says that MH370 crossed eight anomalous WSPR "tripwires" as it crossed the Indian Ocean and these confirm the returns of the well-documented flight path analysis based on the Inmarsat satellite data.

In busy airspace, these tripwires are crossed so frequently that it can be very difficult to determine which aircraft is responsible for which trigger – “This is a lot of needles, in a lot of haystacks,” says Godfrey.

But Godfrey says that if the French Air Transport Gendarmerie – the only official body still investigating the loss of MH370 – were to combine the WSPR data with pings from the Inmarsat satellite phone (SATCOM) in MH370’s cockpit, the lost plane could finally be located.

“Both systems were designed for another purpose other than the detection, identification and localisation of aircraft,” writes Godfrey. “However,” he adds, “together the two systems can be used to detect, identify and localise MH370 during its flight path into the Southern Indian Ocean.

“Neither system is perfect for this task, but together they can give a good result.”

The data could, says Godfrey, provide vital clues to the fate of the missing aircraft. France was the only country that was continuing the investigation

Family members of the 239 passengers and crew lost on the flight wrote on the official MH370 Facebook Page:

“Mr Richard Godfrey, one of many researchers who has devoted much effort and time to solving the mystery of MH370 has put forth a new credible method that can be utilised to identify possible MH370 Flight Paths using WSPRnet [Weak Signal Propagation Report (WSPR)] and Inmarsat Satellite data.

“We are hoping further research and refinement of possible flight paths using this methodology will help in further validating/narrowing the potential splash point of MH370.”

Whether the lost airliner was hijacked, brought down by a Chinese laser weapon, or deliberately crashed by its pilot the mystery of its final resting place may soon be solved.