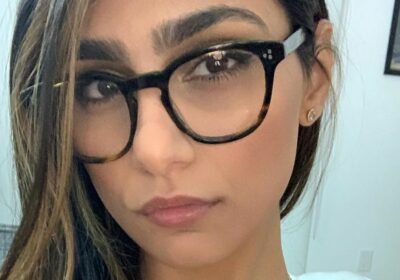 In a new interview, Mia describes how the incidents led to her "anxiety" and depression becoming a “a very bad combination" as she struggled with the pressures of fame in the adult film industry.

But she revealed how moving to TikTok has meant her interactions now feel much "safer", as her fans are more often women like herself.

Speaking to US magazine Bustle, Mia said: “Over the years, I’ve seen a shift from very unpleasant encounters — sometimes violent, sometimes terrifying to the point where I stopped leaving the house for a really long time,” she says.

“Now, it’s girls who come up to me to tell me they love my TikToks. Or just girls in general.”

“That’s why I’m thankful for TikTok. It gave me a bridge to that female audience I never had a connection to.”

She asked that fans and members of the "respect the rebrand" as she seeks to move away from the pornographic videos which gave her fame.

It comes as some clients continue to try and book her for nude appearance despite her no longer doing naked appearances.

She praised the "superstar" singer from Puerto Rico for being "protective" over her, with Jhay even having been snapped lifting her up to take her through crowds in the past.

The pair met when she starred in the video for the Skrillex song En Mi Cuarto.