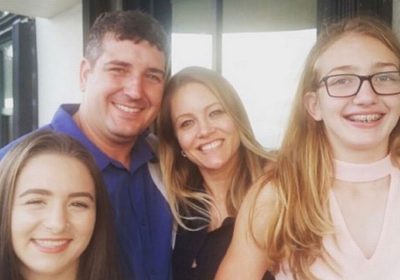 A cat caught up in the Miami tower collapse has been found two weeks after the tragedy, giving hope to people still searching for their loved ones.

Feline Binx, who had lived on the ninth floor of the Champlain Towers South apartment block, was picked up by a volunteer and taken to an animal rescue group, according to local news station WSVN.

According to the Miami Herald, Binx has since been reunited with his owners, the Gonzalez family, who lived in unit 904 of the doomed apartment block. He was found wondering near the rubble.

Speaking to WSVN Maria Gaspari, a friend of the Gonzalez family, said, “Pets are family, and this is a miracle. “In the middle of this sadness, we were hoping for good news either for any survivors or any pet.”

Mother Angela Gonzalez and daughter Deven were reportedly some of the first to be pulled from the rubble following the tragic incident, which is so far known to have claimed 79 lives. The Gonzalez's Eldest daughter was reportedly out at the time of the collapse.

On Friday, a further 15 victims were pulled from the rubble, including a three year-old boy.

For Ms Gaspari, the appearance of Binx is a sign of hope. “That’s actually Deven’s cat, so I’m sure she’s going to be over the moon knowing that they found her cat. I just can’t believe it. I just couldn’t believe it when we received the confirmation. This is a miracle for the whole Surfside community,” she said.

Others agree. In a Facebook post, Gina Nicole Vlasek co-founder of the rescue centre where Binx was moved to, Kitty Campus, said: “All we needed was a ray of hope in this tragedy… Today was one of the most amazing days.

“One of the survivors came to see the cat and to determine if it was her families cat and IT WAS!”

Speaking at a press conference Miami-Dade County Mayor Daniella Levine Cava said, “I’m glad that this small miracle could bring some light into the life of a hurting family today and provide a bright spot for our whole community in the midst of this terrible tragedy.”

Meanwhile, the hunt for survivors goes on, with rescuers working day and night to find anyone still trapped in the debris.