Mike Krzyzewski is not coming back next season.

Take his word for it.

The former Duke men's basketball coach has been the subject of speculation that he might actually renege on his retirement to swoop in and take back the job from Jon Scheyer next season. All because he didn't get his happy ending in New Orleans. And, hey. Tom Brady unretired. Why not K?

Former Blue Devil and current ESPN analyst Jay Williams added fuel to the fire with look-at-me speculation this week that there's a "legit chance" Krzyzewski might actually return to the Duke bench. His statement gained traction thanks to his ties to the program and in spite of his own acknowledgment that he floated the idea based on what "I’ve been thinking" rather than any actual credible information.

The chatter led to Krzyzewski addressing the speculation during an ESPNU Radio conversation with Sean Farnham on Wednesday. His answer was obvious.

Will Coach K actually retire or will he come back for one more season? Hear directly from the source ⬇️

Catch the full episode of Basketball and Beyond with Coach K tonight at 6 Eastern on #ESPNURadio, Ch. [email protected] | @SeanFarnham | #GoDukepic.twitter.com/0zjbEw7Kk8

"To even be put in the same room, maybe, that Brady would be in is an honor," Krzyzewski said. "But he has talent that can be used at a really high level. I'm done with the coaching part of it."

So there you have it. Krzyzewski's not planning to pull the rug out from under the man he handpicked and has groomed for years as his replacement. Rest easy, Jon Scheyer. Your job is safe. 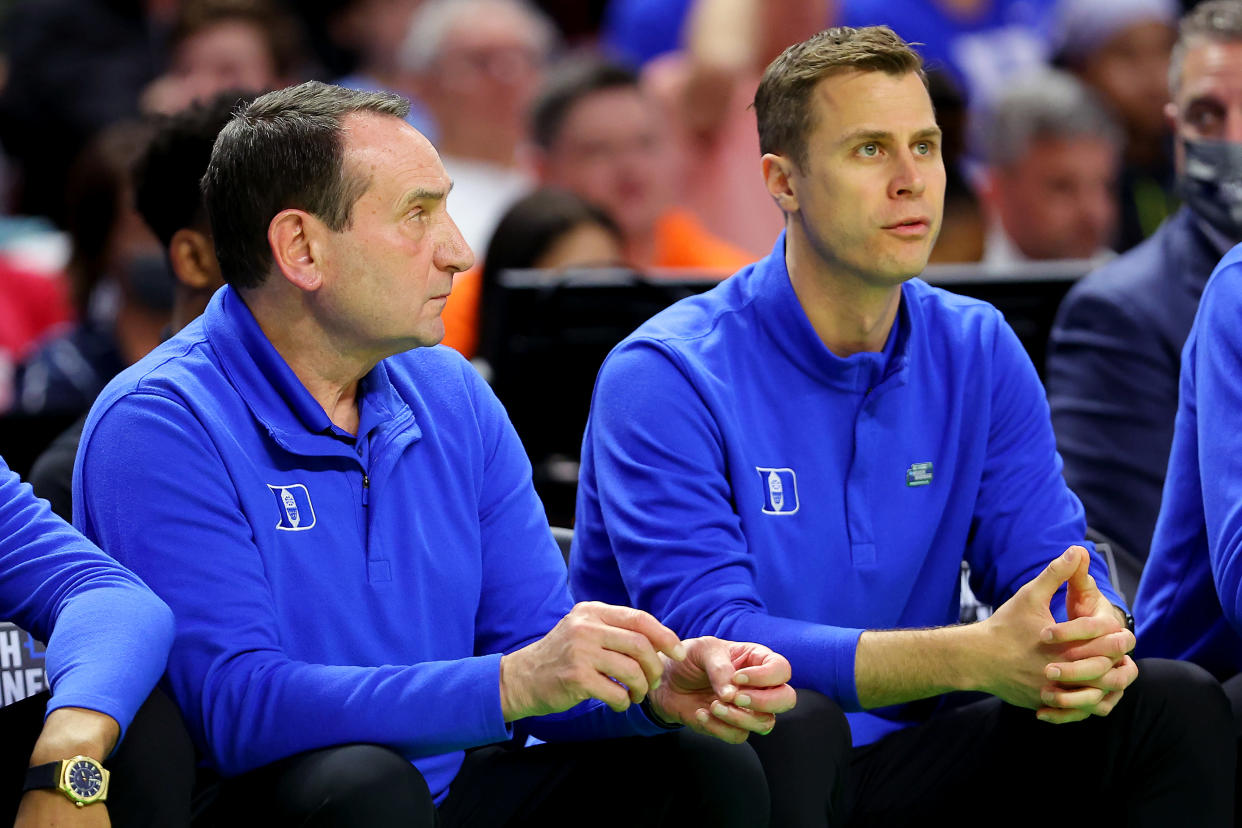