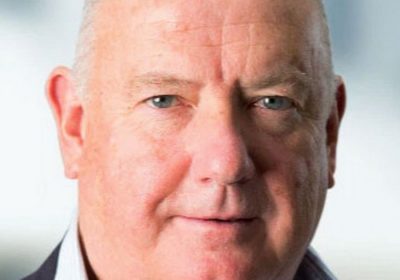 A missing Brit is feared dead and a dad-of-five ex-cop grabbed an AK-47 and shot dead two Islamist terrorists in the Mozambique massacre.

Building contractor Phil Mawer, 44, tried to break through lines as gunmen opened fire on 17 vehicles and "beheaded 50 people" fleeing a hotel complex in Palma on Friday.

Around 1,400 residents were rescued by boats but witnesses said bodies, many beheaded, were piling up on the streets, the Sun reports.

Mr Mawer’s brother Bill said of Somerset-based hotel manager: "All I can say with certainty is that my brother was at the hotel which came under attack and is now missing."

It has emerged British ex-cop Nick Alexander sprang into action when a convoy bringing expats to safety was ambushed.

His daughter Jayde, 29, said he shot dead two militia while under fire then hid in the bush for two days.

The 50-something dad of five had been building camps for oil workers and was in the convoy’s last car.

He was one of four Brits rescued by a helicopter gunship, one of five owned by former Special Forces Colonel Lionel Dick, 77.

Jayde told The Times: "He saw the commotion with the ambush ahead and got out. There was a government vehicle with an AK-47 in it, so he broke in, got it and shot dead two al-Shababs.

"He and two others from the car then ran to hide into the bushes with the gun – they were literally crawling through the bush until they were rescued."

ISIS-linked militants have killed 2,600 people during a three-year insurgency in Cabo Delgado province.

Some 100 militants, many with IS flags, control Palma, a mining town of 53,000 near Africa’s largest natural gas field.

Mr Mawer, a Bournemouth University graduate, was working as a business development manager for RA International.

A spokesman for RA International said: "Of our total staff, eight people were in Palma town at the time of the attack, with seven Mozambican staff at the RA office and one UK national at the Amarula Hotel.

"On Sunday afternoon we located the seven local staff, but one UK national is still unaccounted for.

"We are working with the authorities to try to establish what has happened and we are working to support the family of the missing employee.

"All of our thoughts are with them at this very difficult time."

He added: "It must stop. We stand with the people of Mozambique against terror.

"We are contacting British people in the region to provide support and are updating our travel advice regularly."