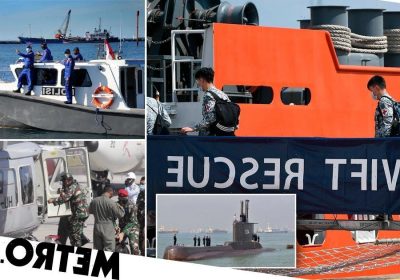 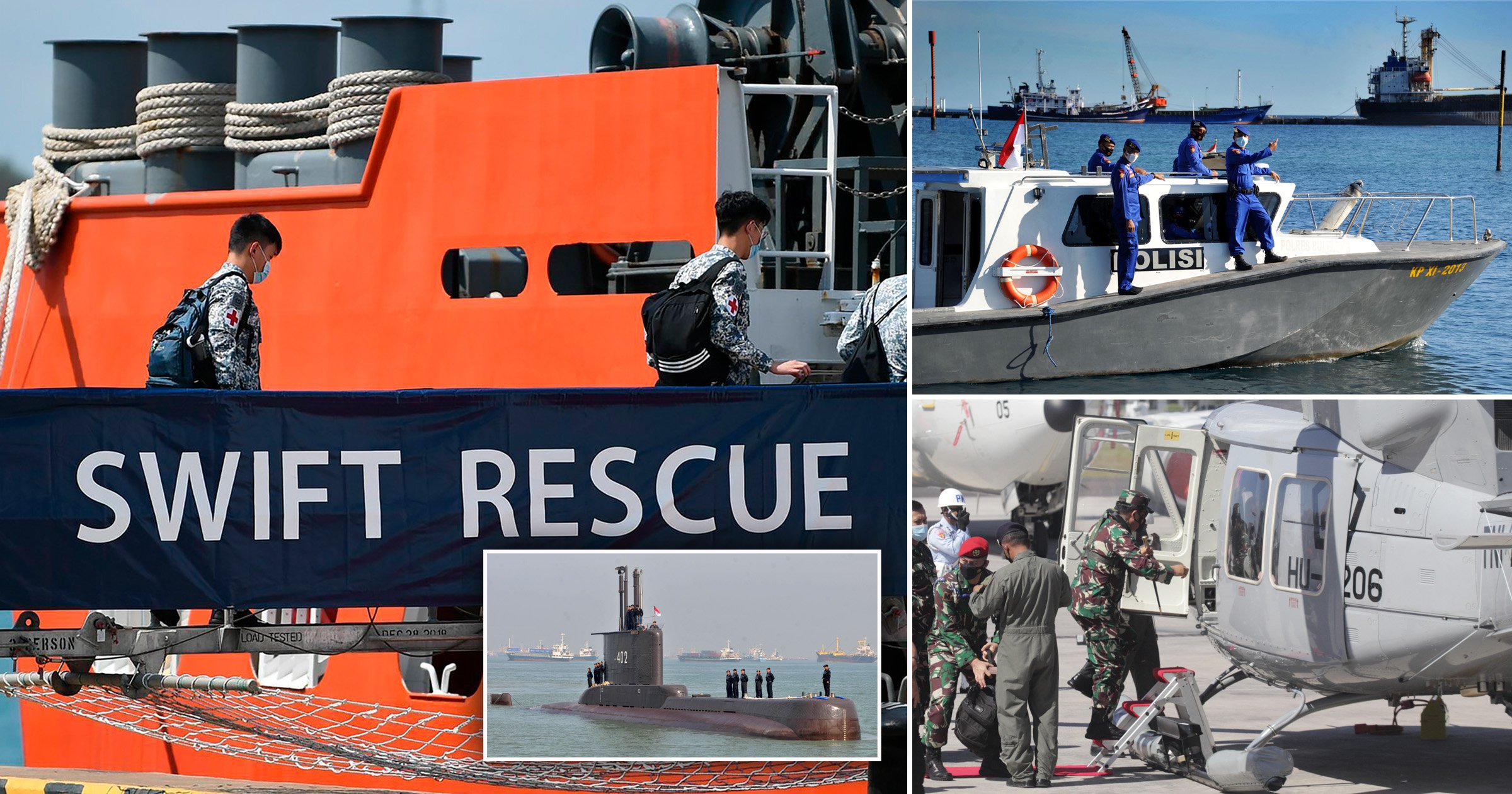 Hope is fading for the 53 crew members on a missing Indonesian submarine as the search for the vessel enters its second day.

Officials fear the vessel has sunk too deep to retrieve, making survival chances for those on board slim.

The diesel-powered KRI Nanggala 402 was participating in live-fire torpedo exercises north of the island of Bali when it lost contact at about 3am on Wednesday morning.

Officials believe the ship had an electrical failure during the dive, causing it to lose control and preventing it from resurfacing.

Rescue teams are racing against the clock to find traces of the vessel, which may have sunk to a depth of 600 to 700 metres.

Most submarines collapse if they go deeper than 656ft because of pressure on the hull.

Frank Owen, secretary of the Submarine Institute of Australia, fears the submarine could be too deep for a rescue team to operate.

‘They can go deeper than that because they will have a safety margin built into the design, but the pumps and other systems that are associated with that may not have the capacity to operate. So they can survive at that depth, but not necessarily operate.’

Indonesia’s navy chief of staff, Admiral Yudo Margono, said that oxygen in the submarine would run out by 3am on Saturday.

He said rescuers had found an unidentified object with high magnetism in the area, and officials hope it is the submarine.

Five navy ships and a helicopter are taking part in the search while a hydro-oceanographic survey ship with underwater detection gear is on its way to the site of an oil spill.

Officials reported an oil slick and the smell of diesel near the starting position of the submarine’s last dive, about 60 miles north of Bali, although there has been no clear evidence they are linked to the submarine.

Vessels from Singapore and Malaysia are expected to arrive on Saturday.

Australia, the US, Germany, France, Russia, India and Turkey have also offered assistance.

Indonesia’s navy said an electrical failure may have occurred during the dive, causing the submarine to lose control and become unable to undertake emergency procedures that would have allowed it to resurface.

It was rehearsing for a missile-firing exercise that was to take place on Thursday, which military chief Hadi Tjahjanto and other military leaders were to attend.

The German-built submarine, which has been in service in Indonesia since 1981, was carrying 49 crew members, its commander and three gunners, the Defence Ministry said. It had maintenance and overhaul in Germany, Indonesia and most recently in South Korea, from 2007 to 2012.

Indonesia has a fleet of five submarines and plans to operate at least eight by 2024.

The world’s largest archipelago nation with more than 17,000 islands has faced growing challenges to its maritime claims in recent years, including numerous incidents involving Chinese vessels near the Natuna islands.

Last year, President Joko Widodo reaffirmed the country’s sovereignty during a visit to the islands at the edge of the South China Sea, one of the busiest sea lanes where China is embroiled in territorial disputes with its smaller neighbours.