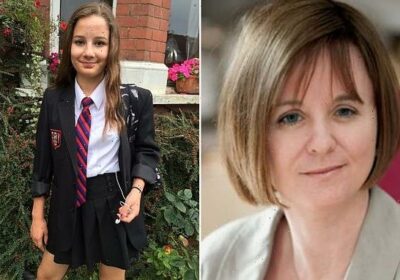 The headteacher of Molly Russell who engaged with thousands of self-harm and suicide related posts on Instagram and Pinterest before ending her life has told an inquest it is ‘almost impossible to keep track of social media’ and the risks it poses to children.

Sue Maguire, head at Hatch End High School in Harrow, northwest London, said the 14-year-old student’s suicide in November 2017 was a ‘complete and terrible shock to the school’.

She added that the school had warned students about the ‘dangers of social media for a long time’.

Ms Maguire told North London Coroner’s Court that Hatch End High School did not ‘present a stance’ that students should not use social media, but said it creates ‘challenges… we simply didn’t have 10 years ago or 15 years ago’.

She highlighted the difficulty in spotting when a child such as Molly is unwell and spoke of the challenges of big social media platforms.

‘There is a level where I want to say it is almost impossible to keep track of social media, but we have to try to react as speedily as possible,’ she said. 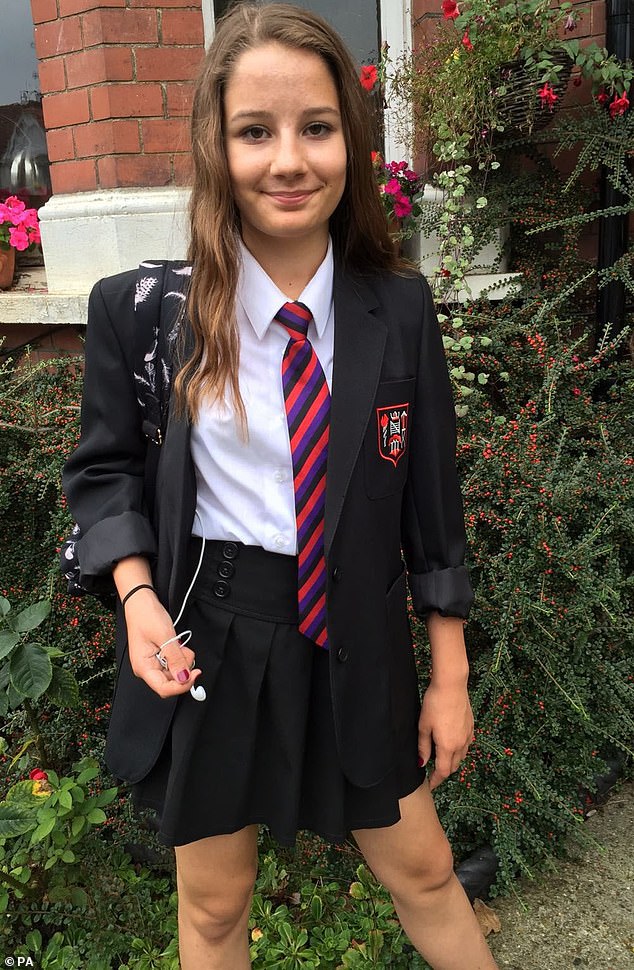 Molly Russell, 14, engaged with thousands of self-harm and suicide related posts on Instagram and Pinterest before committing suicide in November 2017 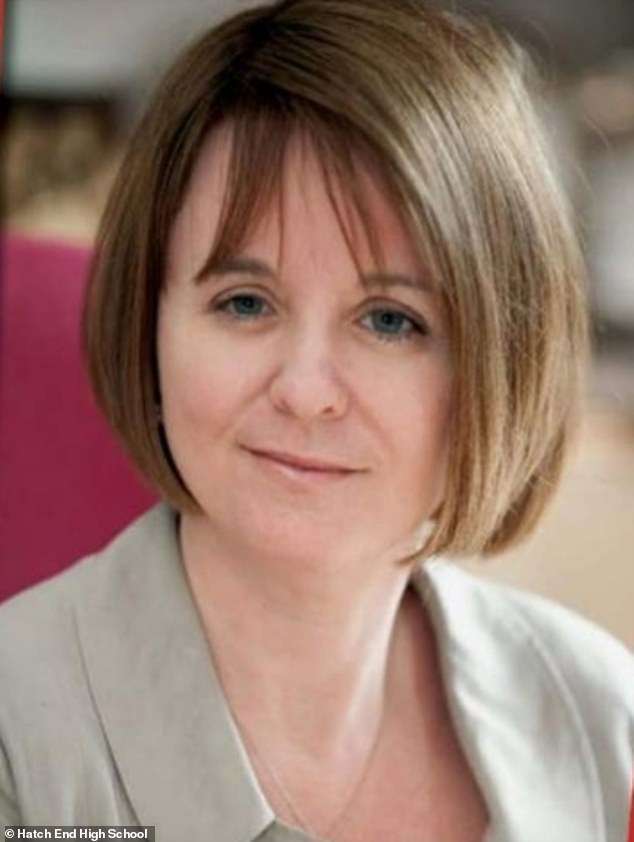 ‘It’s changed too much, even over the past few years. Facebook was seen as a quaint website and now it is a huge information sharing platform.

‘We try to get across that these ‘friends’ are not your friends and you can have one million but they are not real necessarily.’

Asked by the Russell family’s lawyer, Oliver Sanders KC, whether the school was aware of the suicide and self-harm related content available to students like Molly on sites such as Instagram, Ms Maguire said: ‘At the time, we were shocked when we saw it.

‘But to say that we were completely shocked would be wrong because we had been warning young people about the dangers of social media for a long time.’

‘It presents challenges that they didn’t really have maybe 10 years or 15 years ago.’

Ms Maguire highlighted the difficulty in spotting when a child such as Molly is unwell.

Molly was described as a ‘quiet and reflective student’ with a ‘small but close friendship group’.

She achieved well academically, especially in the performing arts. She even received a formal award from her school for ‘always giving her best and staying positive’.

Ms Maguire said: ‘There were a whole range of different issues [discussed with Molly] but they would have been deemed normal conversation.

‘Molly’s suicide was a complete and terrible shock to the school.’

Since Molly’s death the school has tightened its message to students that; ‘it’s okay to not be okay’.

‘We have always tried to give that impression that there is always somebody to talk to. We’re very conscious we spoke to all the year groups.’ 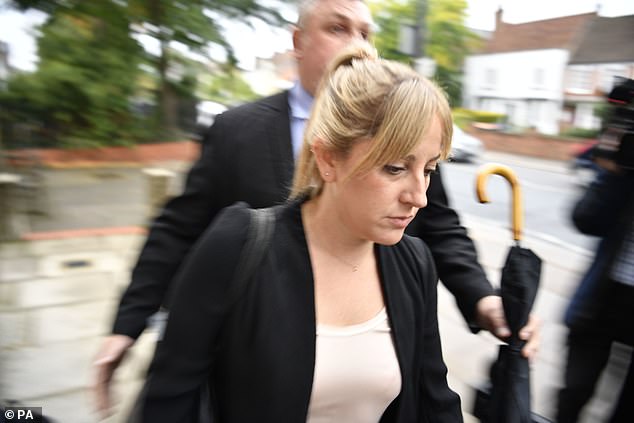 The head of health and well-being at Instagram’s parent company Meta, Elizabeth Lagone (pictured) and the head of community operations at Pinterest have both apologised at the inquest for content Molly viewed

Rebecca Cozens, deputy head teacher at Molly’s school, admitted staff were not aware of the extent of the material Molly was viewing online.

She told North London Coroner’s Court: ‘I don’t think that at the time there was an awareness of the depth of it and how quickly it can snowball. When you go down that rabbit hole it’s a deep one.

‘It’s a fine balance for parents and young people because how do you educate them without scaring them or making them intrigued.’

The head of health and wellbeing at Instagram’s parent company Meta and the head of community operations at Pinterest have both apologised at the inquest for content Molly viewed.

Elizabeth Lagone, head of health and well-being at Instagram’s parent company Meta, previously told North London Coroner’s Court: ‘We are sorry that Molly viewed content that violated our policies and we don’t want that on the platform.’

Pinterest’s Judson Hoffman told the inquest the site was ‘not safe’ when Molly used it.

Coroner Andrew Walker told the Russell family he would be delivering his conclusions by the end of the week.

For help or support, visit samaritans.org or call the Samaritans for free on 116 123