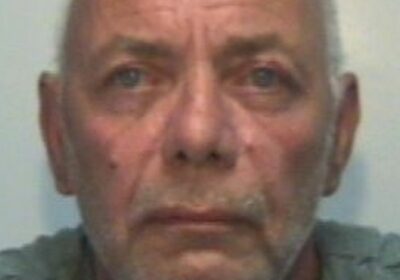 A "monster" ex-squaddie who a judge said made raping teens his "life work" has died after catching coronavirus in prison, a report has revealed.

Dennis Smalley, 70, left a "trail of destruction" through the lives of his victims after he raped seven teenage girls and women and sexually abused four others.

The former military bandsman was jailed for 25 years in March 2016, after he "psychologically scarred" his victims, reports Manchester Evening News.

The vile prisoner, who carried out his crimes over a course of 45 years, died from Covid pneumonia in hospital on March 16, a report revealed on Monday.

An official report by the Prisons and Probation Ombudsman, released on Monday, confirmed he had not left HMP Wakefield in the weeks before he became ill and 'it appears, therefore, that he caught Covid-19 in prison'.

It goes on to say, however, that investigators were satisfied the prison had 'appropriate policies and procedures in place and had taken reasonable steps to manage the risk to prisoners, including Mr Smalley, of being infected'.

Detective Constable Claire Hughes, who led the investigation into the ex-solider, said after the initial sentencing hearing: "I have had the displeasure of dealing with some truly repugnant individuals during my time with Greater Manchester Police, but Dennis Smalley is, without doubt, one of the worst I have ever encountered.

"He is a man seemingly incapable of inflicting anything other than misery upon the unfortunate women and girls he encountered during his life.

"The trail of destruction this man wreaked through the lives of so many young girls and women is incredibly difficult, if not impossible, to repair.

To stay up to date with all the latest news, make sure you sign up for one of our newslettershere.

"But I hope that in some way they can take some solace from the fact that this monster is now behind bars for the rest of his life."

The Manchester Evening News reported Smalley, from Hindley in Wigan, attacked one woman shortly after she had given birth.

One woman was raped, sexually abused, and attacked by him for more than a decade, and many of his victims were young teenagers.

Smalley was jailed after being found guilty by a jury of 44 charges – 25 rapes, 16 counts of either indecent assault or indecency with a child, two serious sexual offences, and assault occasioning actual bodily harm.

The report says Smalley first followed advice from staff at the prison to shield due to coronavirus in 2020.

He received his first dose of vaccination on February 25 this year but tested positive on March 2.

The report adds his condition deteriorated and he was taken to hospital on March 11, where he died five days later.

If you or somebody you know has been affected by this story, contact Victim Support for free, confidential advice on 08 08 16 89 111 or visit their website, www.victimsupport.org.uk.