Mother says school is ‘cruel beyond words’ for threatening her son, 15 with prom ban if he goes on family holiday in term time to go to aunt’s wedding 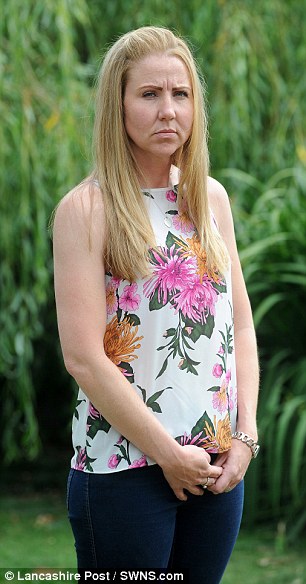 A mother has criticised her son’s school after he was told he faces missing his prom night over a trip to Greece to see his aunt get married.

Lewis Atkinson, 15, could be prevented from attending his end of Year 11 celebration if he goes with his family to Crete later this year.

His mother, Julie McAvoy, has branded his school, Our Lady’s Catholic High in Preston, ‘cruel beyond words’ over the threat of him missing the prom and a GCSE awards ceremony.

School rules mean any pupil who misses more than four days of their GCSE year is excluded from the two events, planned for the end of the next school year.

Ms McAvoy’s family, from Lea in Lancashire, have planned a 10-day trip to Crete to attend the wedding, meaning Lewis will have missed too many days to attend.

Ms McAvoy, 41, says she accepts a £60 fine she will receive from her local council, but feels that preventing her son from attending a key event in his school life is unfair.

She said: ‘They are punishing Lewis for something that isn’t his fault. I booked the trip, not him. All the family is going and we can’t leave him home alone.

‘I have no problem with the local authority fine, I understand that, but to ban him from his prom – the biggest event of a pupil’s school life – is cruel beyond words.

‘My sister is getting married and I am a bridesmaid. I was under the impression we all had to be in Crete for eight days before the ceremony.

‘But after I’d booked the trip I found out it was only the bride and groom who needed to be there for that long.’ 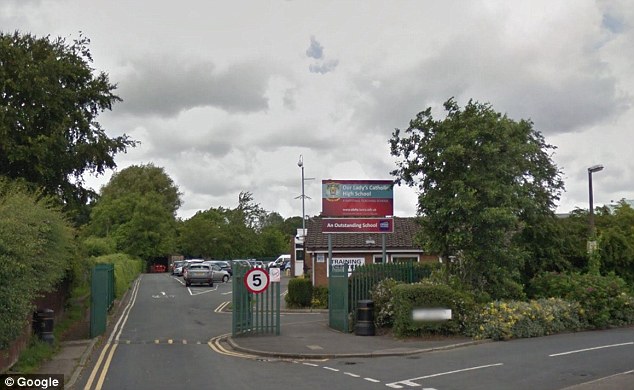 ‘I’ve tried to change things with Thomas Cook, but I can’t do it. So it’s my fault, not Lewis’.

‘He’s innocent and yet he’s being punished severely for something that is out of his hands.

‘I’ve asked the school to show a bit of mercy, but they’re sticking to their guns. He won’t be allowed to go to the prom or the presentation, and that’s that.’

He said: ‘We have a long-standing system which is all about fairness and encouraging outstanding attendance.

‘One of the criteria to attend our leavers’ ball is you have to have no unauthorised absence during Year 11. That is applied to all pupils without exception.

‘We have always looked compassionately in certain situations like bereavement, funerals, and weddings of close family members.

‘But if someone wants to have extended time to have a holiday then that component wouldn’t be authorised.

‘It would be wrong to suggest we don’t approve absence for, say, a family wedding.

‘If that was in Preston that would be a day, if it was out of the area like London it might be two days. And it would be four days if abroad. I have to maintain consistency and fairness.’