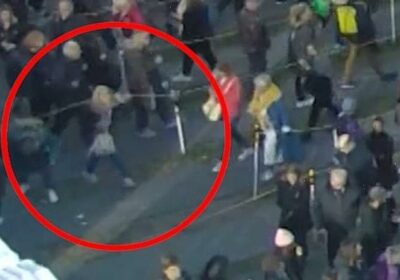 Queuedunnit: Mystery as mourner appears to climb UNDER line rope to pass others – but was she just returning to her place after a ‘comfort break’?

This is the moment a member of the public appeared to get ahead in the queue to pay tribute to Queen Elizabeth II, who is lying in state in Westminster Hall.

Footage shot shortly before 7.30pm showed the person duck under the rope in the final holding area before being admitted into the chamber.

It is thought that anyone joining the queue this evening could spend up to 24 hours before they get their chance to briefly pause in front of the late monarch.

The video, shot outside Westminster Hall showed the person twice duck under the airport-style barriers. 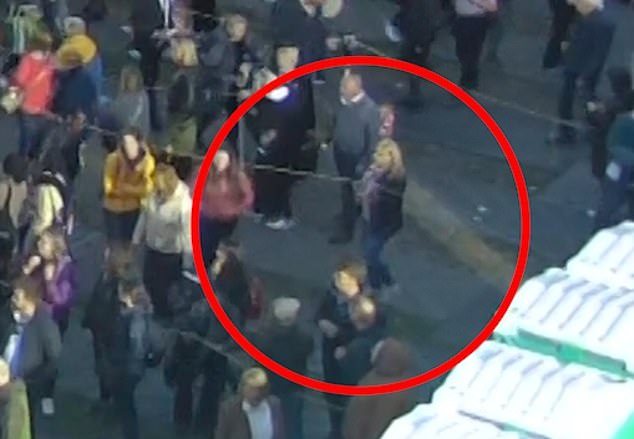 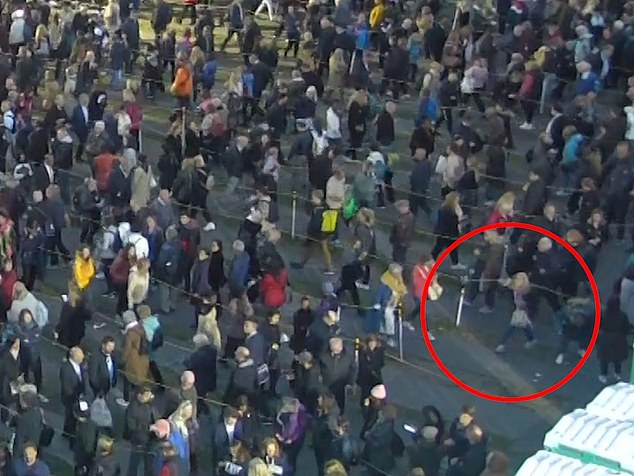 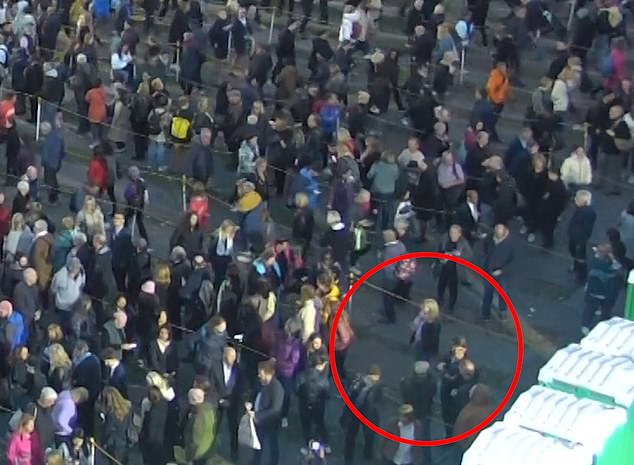 Though, the person may have been returning to their place in the queue after being on a ‘comfort break’ before entering the oldest building in the Palace of Westminster.

According to official guidance: ‘When you reach the back of the queue, you will be given a coloured and numbered wristband. This is a record of when you joined the queue, however please note that having a wristband does not guarantee your entry to the Lying-in-State.

‘Wristbands are specific to each person joining the queue, and are strictly non-transferable. You must keep this wristband on at all times as it will be checked along the route.

‘Your wristband also allows you to leave the queue for a short period to use a toilet or get refreshments, then return to your place in the queue. Public toilets, drinking water and first aid stations are available at designated locations along the queue route.’

Earlier this evening, the King and his siblings have stood in silent contemplation as they guarded their mother’s coffin in Westminster Hall.

The Queen’s children – Charles, the Duke of York, the Princess Royal and the Earl of Wessex – took part in the vigil on Friday evening.

The new sovereign, Anne, Andrew and Edward looked sombre as they took their places at the coffin – four days after they participated in a vigil in St Giles’ Cathedral in Edinburgh.

Other members of the royal family, including the Queen Consort, Vice Admiral Sir Tim Laurence and the Countess of Wessex, along with some of the Queen’s grandchildren, looked on.

All four were dressed in uniform on Friday, with an exception made for disgraced Andrew, who is no longer a working royal, to wear his military uniform as a ‘special mark of respect’ for the Queen. 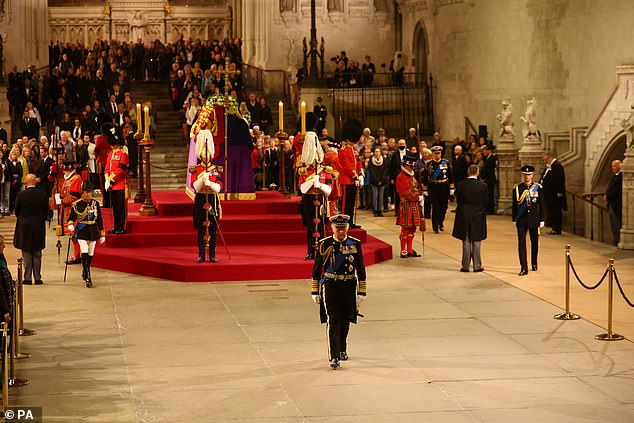 Inside Westminster Hall, senior members of the Royal Family held a vigil for their late mother

The late monarch has been lying in state in London since Wednesday and thousands of mourners have filed past to pay their final respects after queueing for hours.

On Saturday, the Queen’s grandchildren are going to participate in a vigil at her coffin, and the Duke of Sussex will join his brother the Prince of Wales in wearing uniform.

Royal sources said the decision to allow Harry to wear his uniform during the vigil was made by his father.

Harry, who saw action on the front line during two tours of duty in Afghanistan, has been denied the chance to wear his military uniform as he publicly mourns, because he is no longer a working royal.

Despite being a former Army officer, he has been in civilian dress for official events, including walking behind his grandmother’s coffin on Wednesday when it was carried to Westminster Hall for lying in state.

At the King’s request, they will both be in uniform. The other grandchildren will be in morning coat and dark formal dress with decorations.

The source said the grandchildren, at the King’s invitation, were very keen to pay their respects – just as their parents have done on Friday evening.