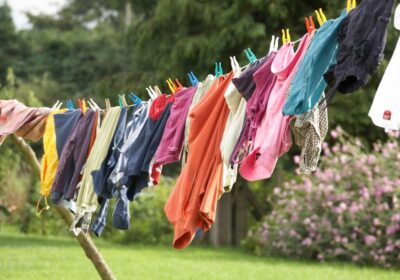 A mum has become the talk of the town on Twitter after she questioned whether it was morally okay to hang up her washing on the day of Queen Elizabeth II's funeral.

Posing the question on Mumsnet, a website for mothers to give advice to one another, she asked: "Do you think it would be okay to do my washing and hang it out tomorrow (the day of the Queen's state funeral), if I stick to blacks"?

A screenshot of the question was posted on Twitter and has since amassed over 5,000 likes and over 500 retweets.

As you could probably guess, the comments section of the tweet was filled with sarcastic comments with some expressing disbelief on how an arbitrary task like hanging up washing should be interrupted by the Queen's funeral.

One Twitter user quite sarcastically replied: "No. One must sit glued to the telly tomorrow, with just bread and water for sustenance, preferably donning sackcloth and ashes".

A second user wrote: "I was gonna cut my toenails tomorrow, but I’m not sure now, what do the thought police think"?

The actual response on Mumsnet began with an "Absolutely not" in regards to the hanging of the washed clothes.

The response further added: "How could you even consider hanging out washing on the day our Queen is buried, you are acting as if life goes on, as if our whole world hasn't just come to a halt. Ridiculous".

This may not be the strangest tribute that could be paid to the Queen ahead of her funeral as a sex club has opened its doors for anyone to watch the funeral, although members do not have to pay.

Guinea Pig Awareness Week which was supposed to commence on the day of the Queen's funeral was rescheduled for September 26-30, much to the dismay of some of its members.

'You can leave your tributes to Queen Elizabeth II here.'