Home » World News » Myanmar coup: What is happening in Myanmar?

Myanmar coup: What is happening in Myanmar? 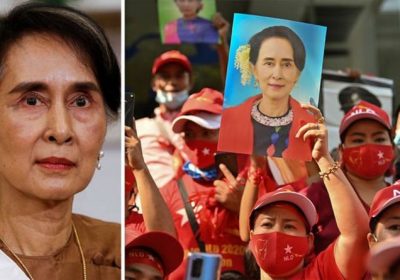 Myanmar’s military has taken control of the country with a number of leading politicians being detained. The military claims there were “huge discrepancies” in the country’s November election. A one-year state of emergency has been declared according to the military-owned national media. A new parliament had been due to begin today – but what exactly is happening in Myanmar now?

Myanmar or Burma is a country in Southeast Asia, bordering Bangladesh, India, China, Laos and Thailand.

The country is the largest country in mainland Southeast Asia and as of 2017 is home to 54 million people.

Conflict has been strife in the region for several years, with the British East India Company seizing control of the administration of Myanmar after three Anglo-Burmese Wars in the 19th century.

Following a brief period of Japanese occupation, the country was granted independence in 1948.

A coup d’etat in 1962 saw the country become a military dictatorship under the Burma Socialist Programme Party.

The military regime was considered to be one of the world’s most brutal dictatorships.

In 2011, the military junta was officially dissolved following a general election 2010, after which a nominally civilian government was installed.

This led to the release of political prisoners including Aung San Suu Kyi, who later went on to win both houses in the country in a landmark election in 2015. 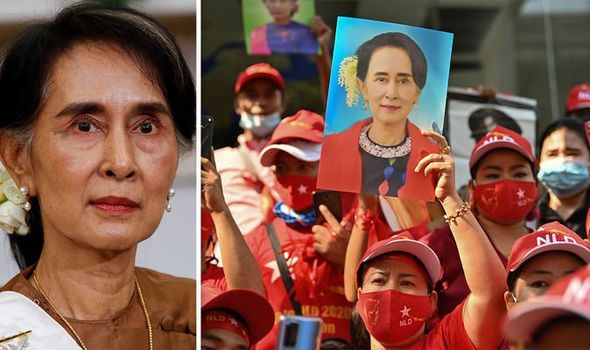 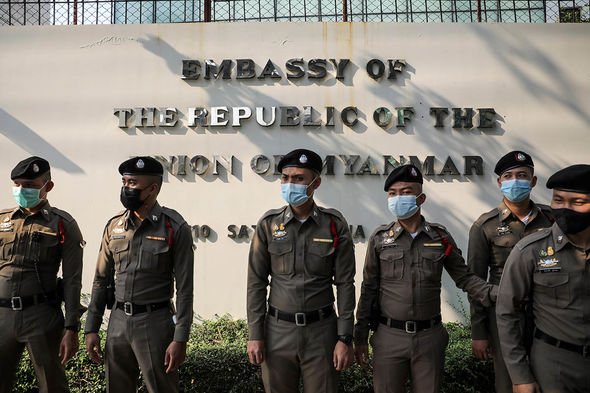 After a decade of freedom, the ruling party of Myanmar, the National League for Democracy (NLD), today (February 1) stated that the military has arrested Aung San Suu Kyi and senior figures.

The military confirmed it had taken control of the country after Aung San Suu Kyi and other political leaders were arrested.

Military TV confirmed a state of emergency had been declared for one year.

Power has been handed to the commander-in-chief of the armed forces, Min Aung Hlaing and Vice President Myint Swe has been made acting president following the early morning raid. 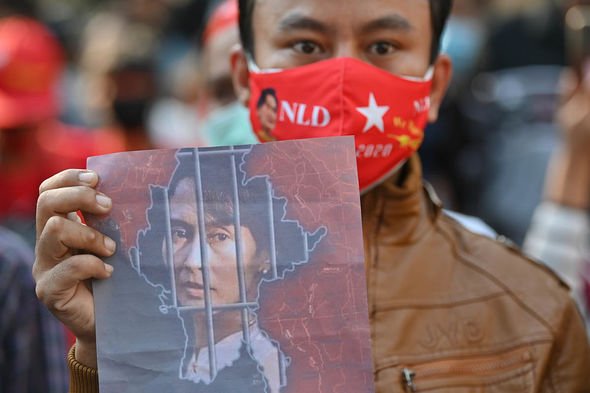 A new parliament had been due to begin today after an election in November.

The NLD was due to start its second term in office having been first elected in 2015.

In total, 171 national, state, and regional seats were contested following the election, with polling having taken place in all townships, including areas considered conflict zones and self-administered regions. 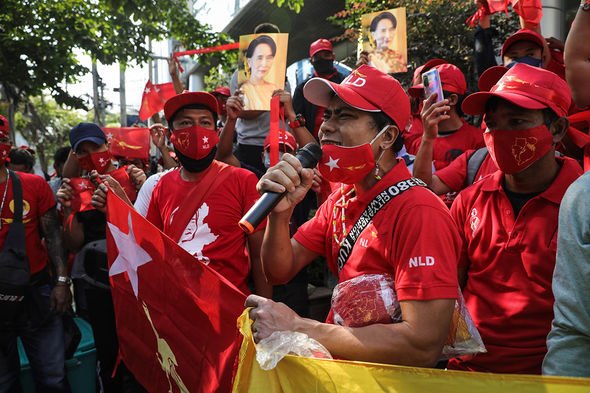 The military, which supports the opposition party, claimed the election was fraudulent given the NLD’s popularity in November.

The NLD won more than 80 percent of the vote, despite facing allegations of genocide against the country’s Rohingya Muslims.

In 2017, the Myanmar army cracked down on Rohingya Muslims forcing hundreds of thousands to feel across the border into Bangladesh.

In January 2020, the UN’s top court ordered the Buddhist-majority country to take measures to protect members of its Rohingya community from genocide.

In the wake of the election, the military-backed opposition began to make accusations of fraud, however, the election commission rejected all allegations of vote fraud.

A statement broadcast on military-owned TV on Monday claimed voter lists were “found to have huge discrepancies and the Union Election Commission failed to settle this matter”.

The statement read: “Although the sovereignty of the nation must derive from the people, there was terrible fraud in the voter list during the democratic general election which runs contrary to ensuring a stable democracy.

“Unless this problem is resolved, it will obstruct the path to democracy and it must therefore be resolved according to the law.

“Therefore, the state of emergency is declared in accordance with article 417 of the 2008 constitution.” 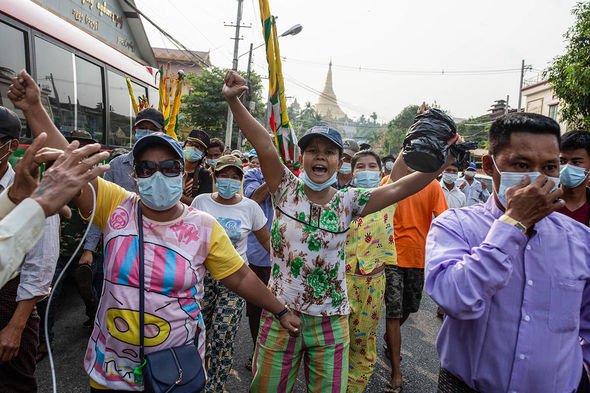 He declined to rule out staging a coup, asking the election commission to investigate voter lists it said contained discrepancies.

The Myanmar election commission rejected all allegations of vote fraud on January 28 prompting the military to vow to protect and abide by the constitution and act in accordance with the law on January 30 – two days before the military staged its coup d’etat on February 1.

Ms Suu Kyi has urged her supporters “not to accept this” and “protest against the coup” in a letter written in preparation for her impending detention.

Phone and internet connections in the capital city Naypyitaw have been disrupted.

State TV has also stopped broadcasting, with the issue being attributed to technical problems.

Several Governments around the world have also condemned the coup, calling for the release of all Government officials and civil society leaders.

He tweeted: “I condemn the coup and unlawful imprisonment of civilians, including Aung San Suu Kyi, in Myanmar.

“The vote of the people must be respected and civilian leaders released.”

Foreign Secretary Dominic Raab tweeted: “The UK condemns the state of emergency in Myanmar and the unlawful detention of figures in the Civilian Government and civil society by the military.

“The democratically expressed wishes of the people of Myanmar must be respected, and the National Assembly peacefully re-convened.”

The Foreign Office has urged British nationals in the region to “stay home and stay safe”. 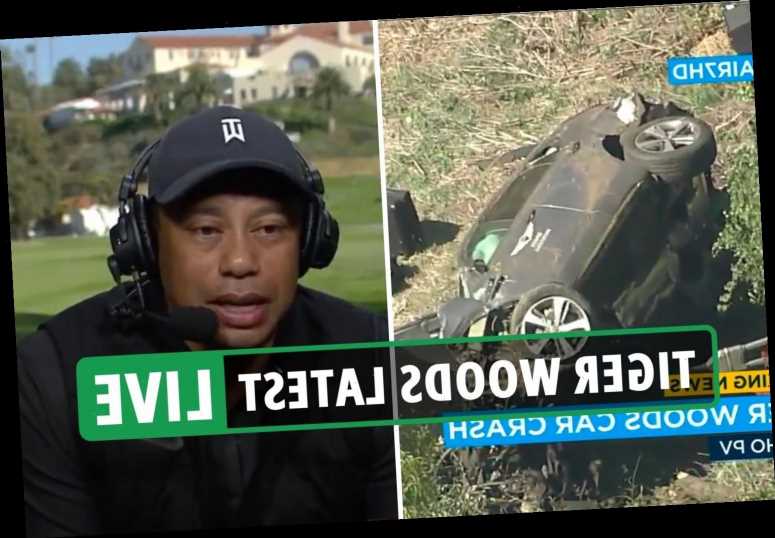