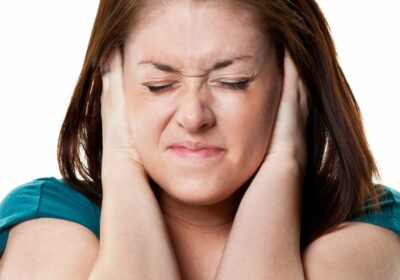 A mysterious buzzing noise has left a whole county going "crazy" after reports that random vibrations have stopped residents from sleeping – with one even saying it has affected his unborn child.

The bizarre noise has been described as a "low-frequency humming" sound which has been heard across different parts of Leicestershire.

But residents in a village near Hickley say they were first hit with the sound around two weeks ago, while others located in Shepshed and Loughborough said the noise has been "persistent" for around three years, reports Leicestershire Live.

And while there has been many reports of disturbance with this low-frequency sound, residents have told the paper that they have been "plagued" by other strange noises too. Lynn Dawson, who lives in Castle Donington near East Midlands Airport, said she contacted her local authorities over a peculiar sound and was told it must be coming from a 240v plug.

She said: “I then got thinking. A dehumidifier? Surround sound bar? I am semi-detached. I found on my phone's settings, what devices and internet companies are being used nearby.

“My neighbour has a HP office jet in two printer and computer.

“I’m fairly sure it is this that is causing the humming for me. I suspect I have tinnitus anyway.”

Another resident said the Barwell noise could be caused by activity at quarries in the area, as heavy equipment can cause low frequency noise.

Closer to home, Andy Hill from Melton said he had a similar issue there, with a noise that sounded like a lorry parked in the street ticking over.

His wife ignored the noise until the conservatory roof started drumming with the vibration, and his pregnant wife said the din was causing low pressure on her stomach, upsetting the baby.

He and a neighbour tracked down the noise to huge extractor fans from an industrial estate quite a distance away from their homes, with dust on the blades of the fans causing the racket.

Mr Hill said: “Unfortunately once heard it was like tinnitus and never left your head.

“We moved house and area since, thank God, otherwise I would have gone crazy.”

John Mackay believes the sound could be a large grid transformer that is causing the hum.

He said: “It is worth checking with your local supply authority, perhaps extra or more powerful transformers have been installed recently, are they now feeding into a large industrial plant which has started up around the time the problems began.

“If this is the case the supply authority would have to test by shutting down the new circuit to see if the noise/vibrations cease.”

He said there was a similar issue in his neighbourhood a few years ago when new transformers were installed, with large acoustic screens having to be installed to minimise the problem.

Have you experienced something similar in your area? Contact us at [email protected]