In a statement on Sunday, Mostafa Waziri, Secretary General of the Supreme Council of Antiquities, said an Italian team conducted extensive studies with ground-penetrating radar that showed the tomb did not contain any hidden, man-made blocking walls as had been suspected. 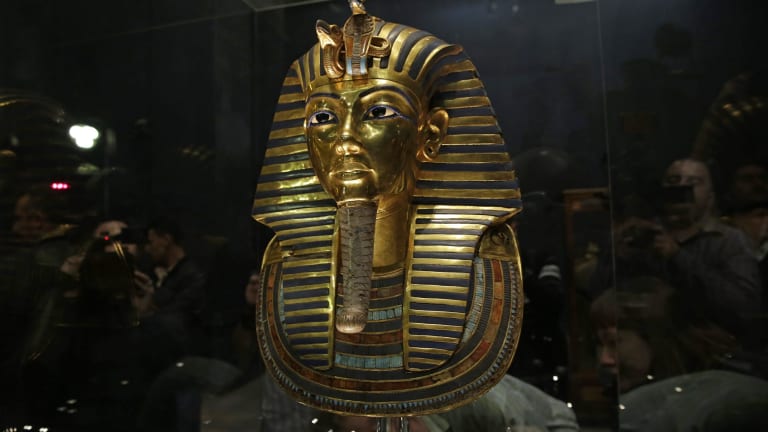 The latest announcement came a day after Egypt moved the sixth and last chariot of the famed boy king's vast collection of items to a new museum near the pyramids in Giza. 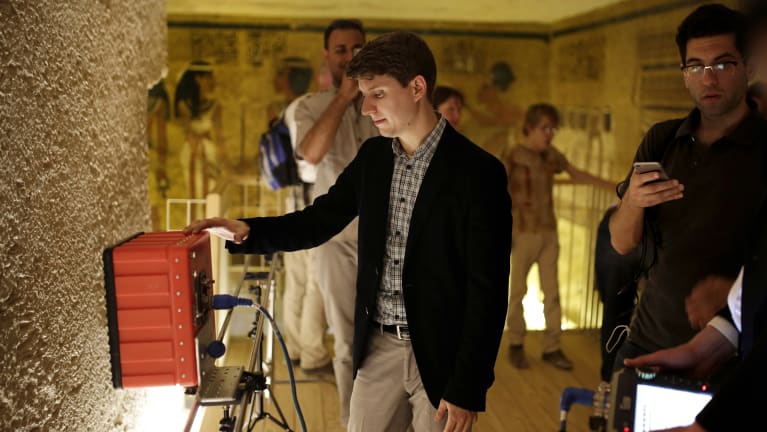 Radar scanning experts scan a wall in King Tutankhamun’s burial chamber in the Valley of the Kings, Luxor. Egypt says new radar scans prove there are no hidden rooms in the boy king’s tomb.

The unique artefact, a major feature of the military museum for more than 30 years, paraded through Cairo with a military police escort on Saturday to its final resting place at the Grand Egyptian Museum, home to thousands of artefacts spanning different dynasties of ancient Egypt.

King Tut's items, including six chariots in total, are to be put on display in halls covering 7000 square metres of the museum.

The Antiquities Ministry has been gradually moving King Tut's belongings to the new museum to undergo restoration before they are put on display. The transfer of Tutankhamun's belongings has become a particularly sensitive issue. 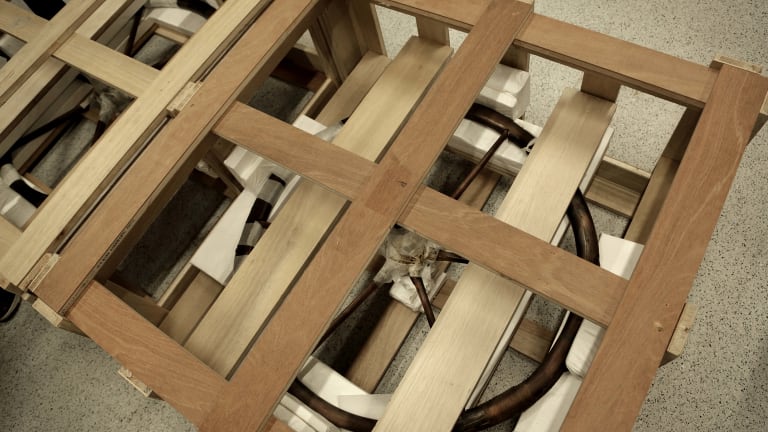 Part of a chariot belonging to Tutankhamun arrives at the new Grand Egyptian Museum in Giza on Saturday.

In 2014, the beard attached to the ancient Egyptian monarch's priceless golden mask was accidentally knocked off and hastily reattached with an epoxy glue compound, sparking uproar among archaeologists.

Saturday's relocation of his sixth chariot was preceded by the fourth International Tutankhamun Conference, which was attended by Egyptologists and archaeologists from around the world.

During the conference, Antiquities Minister Khaled al-Anani said that the first phase of the museum, including King Tut's halls, will be completed by the end of this year. The date for the museum's soft opening, however, has yet to be announced.

The museum currently hosts more than 43,200 artefacts of which more than 4500 belong to King Tut alone. The museum's grand opening is planned for 2022.

Archaeologist Zahi Hawass told reporters that excavation work on the tomb of King Tut's wife, Ankhesenamun, was under way and he expected it to bear fruit soon.

For many, King Tut embodies ancient Egypt's glory. His tomb was packed with the glittering wealth of the rich 18th dynasty from 1569 to 1315 BC. He became pharaoh at the age of 10 in 1333 BC, but ruled for just nine years at a pivotal time in ancient Egypt's history.