N Korea to US: Pyongyang open for talks, ready for confrontation 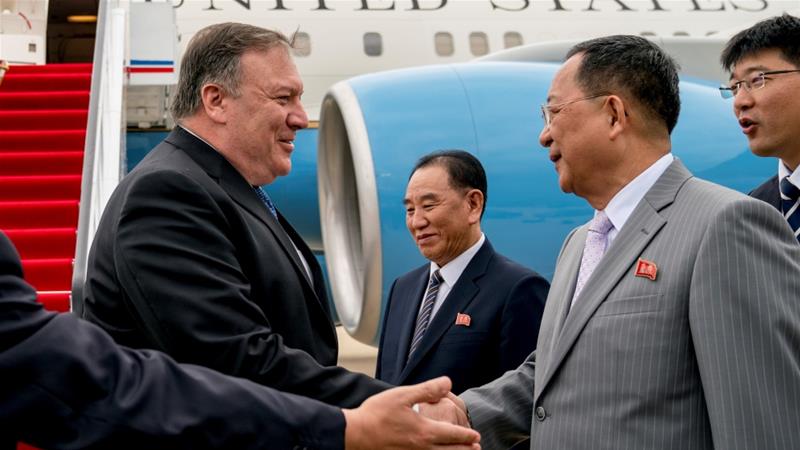 North Korean Foreign Minister Ri Yong Ho said on Friday that Pyongyang is ready for both dialogue and confrontation with the United States, warning Washington that continuing with sanctions would be a miscalculation, according to state media KCNA.

Ri also accused US Secretary of State Mike Pompeo of casting “dark shadows” over the US-North Korea talks, claiming that Pompeo was more interested in his own political ambitions than in current US foreign policy.

On Thursday, a North Korean spokesman had said that Pyongyang has “no interest” in dialogue unless Washington stops “escalating hostile military moves”.

But South Korean deputy national security adviser Kim Hyun-chong indicated that he remained upbeat about the possibility of talks.

“My impression was that North Korea and the United States would carry out dialogue soon, and it would go well,” Kim told reporters in Seoul on Thursday.

Talks between Pyongyang and Washington have stalled since the second summit between US President Donald Trump and North Korean leader Kim Jong Un in Hanoi in February collapsed without an agreement.

The pair met again in June in the Demilitarised Zone and agreed to restart working-level dialogue, but those talks have yet to begin.

Meanwhile, North Korea has carried out several short-range missile tests in recent weeks in protest against annual US-South Korea joint military drills that it sees as a rehearsal for an attack.

On Wednesday, Stephen Biegun, the United States’s special envoy for North Korea who leads the working-level talks, arrived in Seoul for three days of meetings that are expected to wrap up on Friday.

During his visit in the South Korean capital, Biegun said Washington is “prepared to engage” as soon as it hears from Pyongyang.

Washington stations nearly 30,000 troops in the South to defend it from its neighbour.

Earlier this month, Trump wrote on social media that Kim had sent him a letter – hand-delivered to him – in which he expressed hope that talks would resume “as soon as the joint U.S./South Korea joint exercise are over”.