A prominent Napoleon expert in Russia – who was spotted Saturday with a backpack that contained the remains of his young lover — has confessed to murdering her, according to reports.

Investigators found Sokolov in Saint Petersburg’s icy Moika River where he was trying to dispose of the woman’s remains. He reportedly had fallen into the river drunk while dressed as Napoleon. 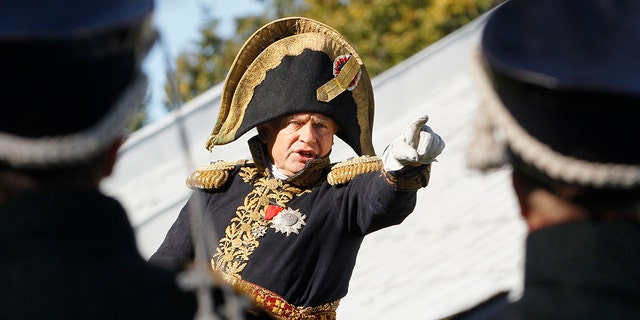 Sokolov allegedly told investigators he had shot and killed Yeshchenko during an argument, then sawed off her arms and legs, Russian media outlet 47 News reported.

Police discovered Yeshchenko’s decapitated body and a blood-stained saw at his home.

Sokolov authored multiple books on Napoleon Bonaparte and was a member of several historical societies in France. People who knew him said he was a talented lecturer but eccentric. He was known to call Yeshchenko “Josephine” – a reference to Napoleon’s first wife – and liked to be addressed as “sire.”

“They did not pay attention to certain things,” said student Vasily Kunin. “There was a policy of hushing things up.”

Investigators, meanwhile, were searching the Moika River for more traces of Yeshchenko’s remains.

Sokolov was being treated at a hospital for hypothermia.

A court is to decide Monday whether he should be formally arrested.