Cape Canaveral: A NASA rover on Mars has been knocked out by gigantic dust storm that envelops the planet and blots out the sun.

Officials said on Wednesday they're hopeful the Opportunity rover will survive the storm, which already covers one-quarter of Mars and is expected to encircle the red planet in another few days. 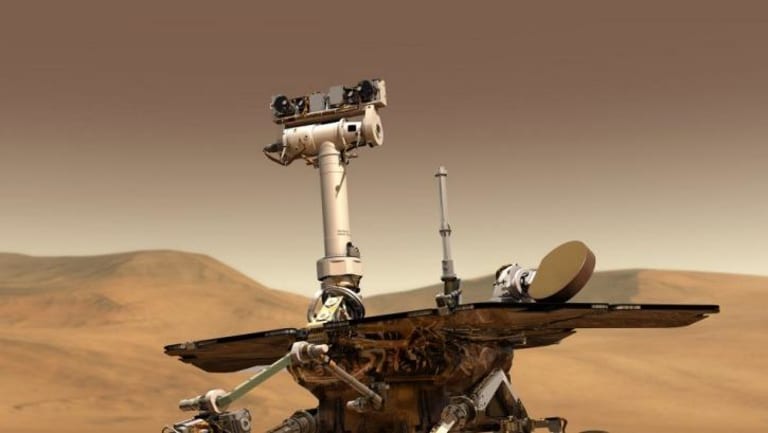 An artist’s impression of the NASA rover Opportunity on Mars.

It could be weeks or even months, though, until the sky clears enough for sunlight to reach the Martian surface and recharge Opportunity's batteries through its solar panels.

For now, Mars' oldest working rover is stuck in the middle of the raging storm, in complete round-the-clock darkness.

"By no means are we out of the woods here," said John Callas, the Opportunity project manager at NASA's Jet Propulsion Laboratory in Pasadena, California. "This storm is threatening, and we don't know how long it will last, and we don't know what the environment will be like once it clears."

All flight controllers can do is wait for the storm to pass and the sky to clear, officials said, and hope Opportunity calls home. 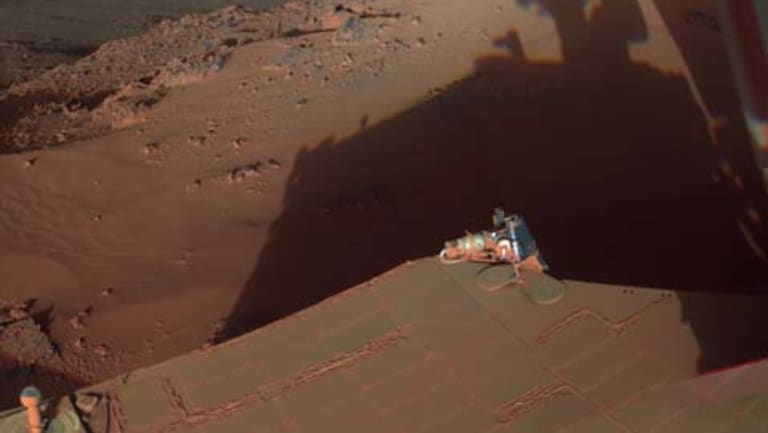 Flight controllers tried late on Tuesday night to contact Opportunity, but the rover did not respond. The storm has been growing since the end of May with unprecedented speed.

Opportunity's batteries are likely so low that only a clock is still working, to wake the spacecraft for periodic power-level checks, according to officials.

NASA launched the twin rovers Opportunity and Spirit in 2003 to study Martian rocks and soil. Spirit hasn't worked for several years. Opportunity, however, has kept exploring well past its expected mission lifetime.

"Keep in mind, we're talking about a rover that's been working at Mars, hanging in there, for 15 years and designed just for 90 days. It just doesn't get any better than that," said Jim Watzin, director of NASA's Mars exploration program.