The nation debates over whether pineapple on pizza is acceptable All fired up! A divided nation fiercely debates whether or not pineapple is an appropriate topping for pizza

A fierce debate is rumbling across the country, putting friends at war and families in turmoil.

It is arguably the most divisive arguments of all time…

The question of whether pineapple is an appropriate topping on a pizza is a controversial one. 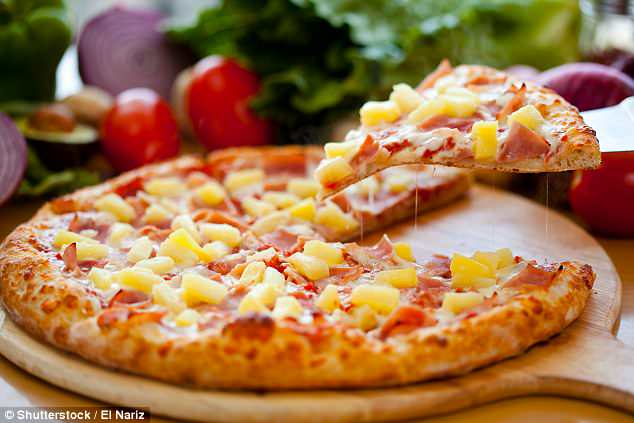 Last year an 18-year-old woman name Ali Johnson from Arizona posted on Twitter that her local pizza place refused to top her pie with pineapple, writing on her box that the choice was ‘gross’.

Her tweet was shared over 67,000 times, sparking an online war over the legitimacy of the tropical fruit as a pizza topping.

WHO EATS PINEAPPLE ON THEIR PIZZA?

Hawaiian pizza fans are said to be most likely be young, female and right-wing

Hobbies include watching films, reading non-fiction and spending time with their partner

Retail workers, fashion designers and translators rank top in the professions most likely to order the fruity pizza

YouGov reports that while 84 per cent of Britons liked pizza and 82 per cent liked pineapple, only 53 per cent said they liked the two together

TV chef Gordon Ramsay also once famously shouted on live TV ‘You don’t put f***ing pineapple on pizza,’ when an audience member suggested that he order a Hawaiian.

And now the argument among the British public is becoming more fierce than ever, with only Marmite being the more debated foodstuff.

Research by YouGov has discovered that the proportion of people who say they ‘really like’ Hawaiian pizza has more than doubled over the past six years.

Meanwhile the proportion who say they ‘really don’t like’ it is up 15 per cent.

An increasing number of people are also looking up the term ‘pineapple pizza’ in search engines.

Analysis by Google Trends shows the subject has gone from an interest rating of four out of 100 in 2004 to 93 out of 100 this month.

The debate even got political at one point, with President Johannesson of Iceland suggesting that Hawaiian pizza should be banned.

His comments received backlash that he even felt the need to say: ‘I do not have the power to make laws that forbid people to put pineapples on their pizza.’

Justin Trudeau, the prime minister of Canada, also posted on Twitter: ‘I have a pineapple. I have a pizza. And I stand behind this delicious Southwestern Ontario creation. #TeamPineapple’.

President Trump is also said to enjoy the fruity variation of pizza, which are likely to play well with his supporters according to YouGov.

Research found that people who enjoy pineapple on their pizza are more likely to be right-leaning in their politics. 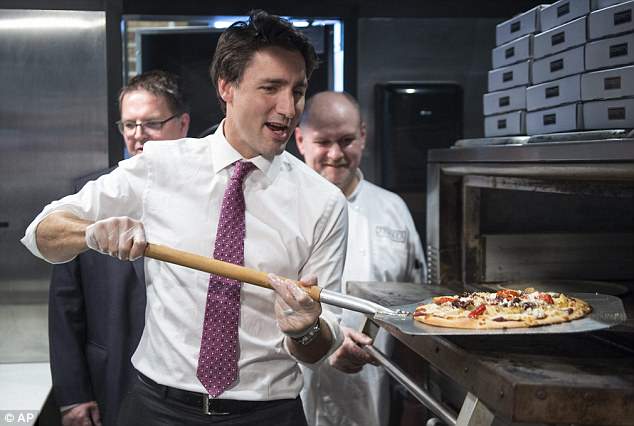 Meanwhile some foodie experts believe that the dislike of Hawaiian pizza boils down to elitism.

Stevie Parle, the chef and food author, said: ‘People should put what they want on their pizza.

‘Foodies love a divisive topic. We enjoy debating things like this.

‘But I think snobbery does not help our cause. If something is tasty, then you have got to consider it.’

And proving that all publicity is good publicity, sales of Hawaiian pizzas are growing.

Tesco, which sells almost 10 million pizzas a month, says demand has grown by 15 per cent in the past year.

Trade magazine Pizza Today also reported that dates, fruits sauces and marmalade are the new popular flavours of the year.