Home » Nature funding must triple to $464b by 2030 to protect land, wildlife and climate: UN report

Nature funding must triple to $464b by 2030 to protect land, wildlife and climate: UN report 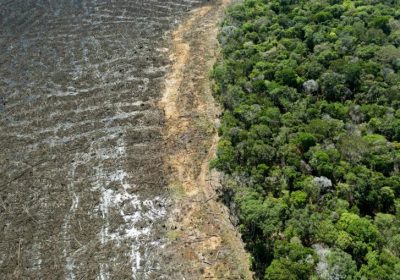 KUALA LUMPUR (THOMSON REUTERS FOUNDATION) – Global annual spending to protect and restore nature needs to triple this decade to about US$350 billion (S$464.3 billion) by 2030 and rise to US$536 billion by 2050, a UN report said on Thursday (May 27), urging a shift in mindset among financiers, businesses and governments.

The inaugural State of Finance for Nature report looked at how to tackle the planet’s climate, biodiversity and land degradation crises, estimating about US$8 trillion in investment would be needed by mid-century to safeguard natural systems.

Ms Inger Andersen, executive director of the United Nations Environment Programme (Unep), told the report launch the amounts required may sound large but “it’s peanuts when we are frankly talking about securing the planet and our very own future”.

“Our health, the quality of our lives, our jobs, temperature regulation, the housing we build and of course the food we eat, the water we drink” all depend on well-functioning natural systems, she said.

Report co-author Ivo Mulder, who heads Unep’s climate finance unit, said financial flows should work with nature rather than against it.

“It is more an opportunity to see how can you continue to do business, how can governments continue to grow economically – but do so in a way that is more equitable and sustainable. It is not impossible,” he told the Thomson Reuters Foundation.

Annual investment in nature, excluding money pledged but not yet delivered, totalled US$133 billion in 2020, said the report, with public funds making up 86 per cent and private finance the rest.

Government spending was mainly for biodiversity protection, forest and peatland restoration, regenerative agriculture and water conservation, added the report by Unep, the World Economic Forum and the Economics of Land Degradation Initiative.

A failure to ramp up investments in nature would threaten the goals of the Paris Agreement on climate change, Mr Mulder warned, while more animal and plant species would be lost.

Better conservation and management of natural areas, such as parks, forests and wildernesses, is seen as a key tool for nations to protect ecosystems and meet emissions reduction targets.

Cutting down forests has major implications for global goals to curb climate change, as trees absorb about a third of the planet-warming carbon emissions produced worldwide.

Ms Andersen said protecting natural stores of carbon like forests, peatland and the ocean “is not a substitute for decarbonisation” of the global economy but rather “part of a long-term solution” to safeguard the earth and its climate.

The report called on governments to include biodiversity and climate measures in their pandemic stimulus packages, noting that nature accounts for just 2.5 per cent of projected Covid-19 economic recovery spending worldwide.

The report recommended reforming taxes and redirecting subsidies for fossil fuels and agricultural chemicals, which amount to hundreds of billions of dollars per year, to encourage greener farming and other activities that nurture nature.

Banks will also need to take into account the negative impacts of their lending on nature and the climate, Mr Mulder said.

Firms linked to destruction of nature risk their reputations, and more extreme weather including droughts and floods – often worse in degraded ecosystems – can increase business costs, he added.

Mr Andersen said there was a business case for investing in nature but “we need to make it stronger and clearer”.

A separate report released last year estimated between US$722 billion and US$967 billion would be needed annually to halt the global decline in biodiversity by 2030.

Mr Mulder said the estimate in the new UN report was lower as it analysed only land-related funding and did not include oceans. He called it a “starting point” for tracking nature-based investments.

It comes as a coalition of about 60 countries pushes to protect at least 30 per cent of land and oceans by 2030, ahead of a key UN biodiversity summit in Kunming, China, set for October.

Find out more about climate change and how it could affect you on the ST microsite here.