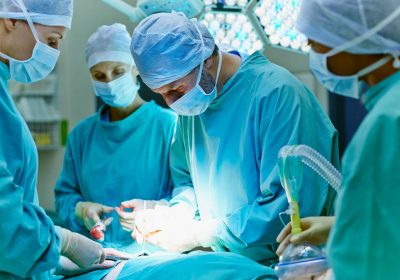 Thirty-eight people have been hospitalised for gunshot wounds in the Bay of Plenty over the past five years – and police say gang rivalries are to blame for much of the bloodshed.

New figures show just as many people were accidentally shot as those who were not, of those admitted to Bay of Plenty hospitals with gunshot injuries in the past five years.

The data comes after an independent report released yesterday found police in Tauranga were justified in firing 49 shots at a murder suspect just over a year ago.

Data provided by the Bay of Plenty District Health Board under the Official Information Act showed 38 people who were shot had been hospitalised between January 2016 and December last year.

Most were shot in the abdomen but fingers and toes also came into the crosshairs.

One of the 38 died as a result of their injuries, 31 were routinely discharged and the remaining six were transferred and their outcome unknown.

BOPDHB would not comment on questions about the data.

Tauranga Hospital treated almost twice as many victims as Whakatāne Hospital over the five-year period: 25 and 13 respectively.

An average of 7.6 people was shot each year across both hospitals, however, there was a surge in 2017 when a total of 13 people were injured.

Asked about the Bay of Plenty DHB figures, a police spokesperson said officers were attending more incidents where firearms were present.

“A high number of the firearm-related incidents police attend are related to organised crime groups or associates of those gangs,” they said.

“Police [are] not in a position to be able to comment on another organisation’s data. However, what we can say is any report of a firearm-related incident is taken extremely seriously by police.”

The spokesperson said police would continue to target organised crime group activities and the recovery of illegal firearms.

Police are interested in the ownership and use of firearms and were keen to hear from the public if they knew if someone unlawfully having access to one.

Meanwhile, the Herald last year reported 355 people in Auckland had been treated for gunshot wounds within the previous five years.

As well as the human toll, gun violence was costing taxpayers; nearly $15 million has been spent treating Auckland firearms victims over the same period.

Ten years ago, 1735 people were charged with 2828 firearms offences and 860 firearms were confiscated nationwide.

Last year, those figures had increased to 2399 people charged with 4552 offences and 1862 firearms seized.

Coster said at the time they could not “arrest their way” out of the organised crime problem.

Instead, Coster promised police would take a nuanced approach to work with local communities.

In response, Bay of Plenty Police said they would measure the success of the operation on the reformation of criminals.

Police would instead focus on helping gang members move away from criminal activity and also support their families who might have been victimised as well.

“If you have a look at it from where we’re going with this, this is about actually working with gang members who want to change their life around,” he said.

“It’s a psychosocial thing,” he said. “You’ve got a belief it won’t happen to me, someone drops their guard and forgets to unload their firearm for example.

“The big one for me from a risk management or safety management point of view is don’t stop thinking – you’ve got to keep thinking all the time.

“You’ve got a firearm in your hand and it can be lethal, you’ve got to keep thinking… The error is one of the mind, rather than one of technical ability.”

• Rule 1: Treat every firearm as loaded;

• Rule 3: Load a firearm only when ready to fire;

• Rule 4: Identify your target beyond all doubt;

• Rule 7: Avoid both alcohol and drugs when handling firearms.