Perth: Jacinda Ardern is considering delaying New Zealand's general election as investigators examine whether a cluster of new cases in Auckland was imported via freight.

Health authorities implemented a rapid lockdown in Auckland, the country's largest city, where four more probable infections have been uncovered, which would bring the outbreak's total to eight. 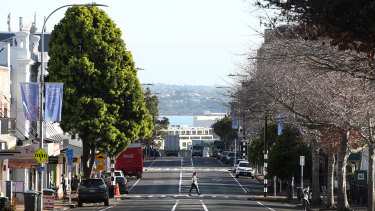 With 1.5 million people under three-day stay-at-home orders, and millions more at risk of a wider outbreak, Ardern said she was seeking advice on delaying the September 2020 election.

Parliament was meant to be dissolved on Wednesday to allow the election to take place, but the centre-Left leader held off the move until Monday to monitor how the crisis evolves.

The prime minister's Labour Party is expected to win next month's ballot. It currently dominates the polls on 55 per cent, with the opposition National Party on 28 per cent.

"At this stage, it's too early to make any decision but this means there is some flexibility if required," said Ardern, who is well ahead in opinion polls and expected to win a second term. 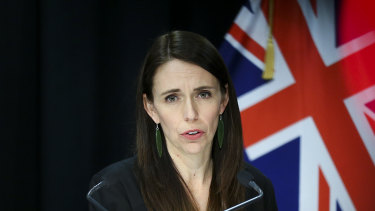 New Zealand Prime Minister Jacinda Ardern has delayed the dissolution of Parliament over the COVID-19 outbreak.Credit:Getty

Judith Collins, the leader of the National Party, called for a delay until late November, or even next year. "It is simply unsustainable to expect there to be a fair and just election at a time when opposition parties are not free to campaign," she said.

Pundits believe the calls to delay polling day are more to do with politics than safety, and that extra time would help the National Party become more competitive.

The centre-Right opposition party has changed leader twice in the space of eight weeks, and commentators speculate that Collins – nicknamed "Crusher" – is playing for time.

Authorities on Wednesday were still trying to piece together the movements of those infected, and the source of the latest outbreak is still unknown. 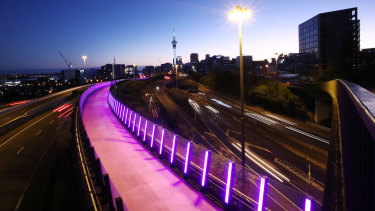 The sun rises over a very quiet Auckland motorway on the first full day of a return to level three lockdown.Credit:Getty

Ashley Bloomfield, national director-general of health, said tests were being carried out to see if the virus could have been imported via freight, then picked up by a male member of the family who worked in a cool room for imported goods. "We know the virus can survive within refrigerated environments for quite some time," he said.

If the theory is proven, it could have profound implications for international trade flows.

On Tuesday, officials in the Chinese port city of Yantai said the virus had been found on packaging that arrived from the port city of Dalian, where there had been a recent outbreak.