Newly-qualified teacher, 22, fears for job as she's banned from roads Newly-qualified teacher, 22, fears for her job as she’s banned from the road after being caught drink-driving at 4am – five hours after having two glasses of wine during meal with friends 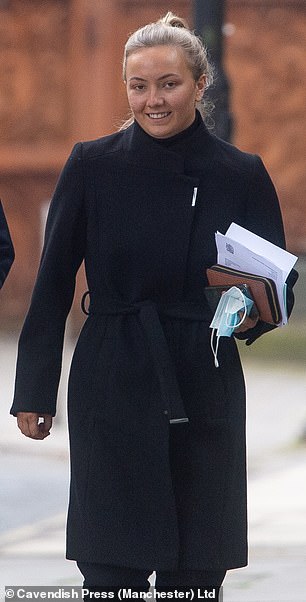 A newly-qualified teacher was facing career ruin today after she was caught drink-driving during a ‘few moments of madness’ following a night out with friends in a restaurant.

Phoebe Atkinson, 22, of Helmshore, Lancashire, had thought she was safe to make the ten-mile journey home at 4am after drinking only two glasses of wine with her meal five hours earlier.

But tests showed Atkinson was still almost twice the alcohol limit after police stopped her when she overtook a patrol car at speed and jumped two red traffic lights in her Audi A1 car.

The netball team captain later claimed she was ‘distracted’ at the wheel and did not notice the red lights.

Atkinson, a former University of Chester student who lives with her parents, admitted drink driving and was banned from the road for 12 months at Manchester Magistrates’ Court.

It was her first ever offence and she fears she will now lose her new £19,000-a-year teaching job over fears the conviction will bring her school into disrepute.

The incident occurred on July 9 when all schools were still shut due to coronavirus restrictions, and pubs and restaurants had been allowed to open five days earlier.

Steve Woodman, prosecuting, said: ‘It was just shy of 4am when a police patrolman travelling around the roads of Bury was overtaken at speed by an Audi vehicle. 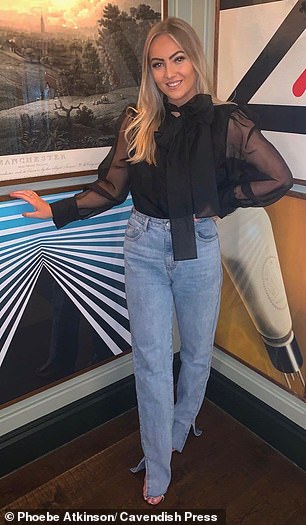 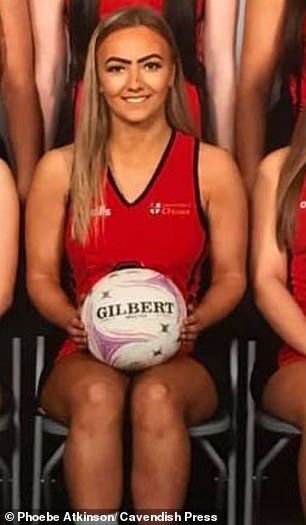 ‘He followed that vehicle and sees it go through two sets of red traffic signals. As a result of that poor piece of driving he put on his emergency equipment and pulled the Audi vehicle over.

‘The defendant agreed to a sample of breath which proved to be positive and she was arrested and taken to the police station at Bolton. She has no convictions or cautions whatsoever. ‘

Tests showed Atkinson had 57mcg of alcohol in 100ml of breath. The legal limit is 35mcg per 100ml.

David Hewitt, defending, said: ‘It’s the first time she’s fallen foul of the law with no previous driving record whatsoever and no speeding acts or anything of that nature. She’s been driving now with a full license for approximately five years.

‘She’s a young lady who went out on July 8, for a meal with friends at a restaurant just across the road from the friends house.

‘She had driven there with the intention of getting a taxi back home as she knew she was having a meal and knew also quite clearly be consuming alcohol.

‘She says the meal in question was from about 8.30pm to 9pm until about 11pm and it was the first proper meal she had had that particular day which may have had an effect upon the situation.

‘She had two glasses of wine with her food and is quite adamant no more than that during the course of the meal. She walked across to her friends house and by the time she was ready to leave she felt okay and felt alright to drive. 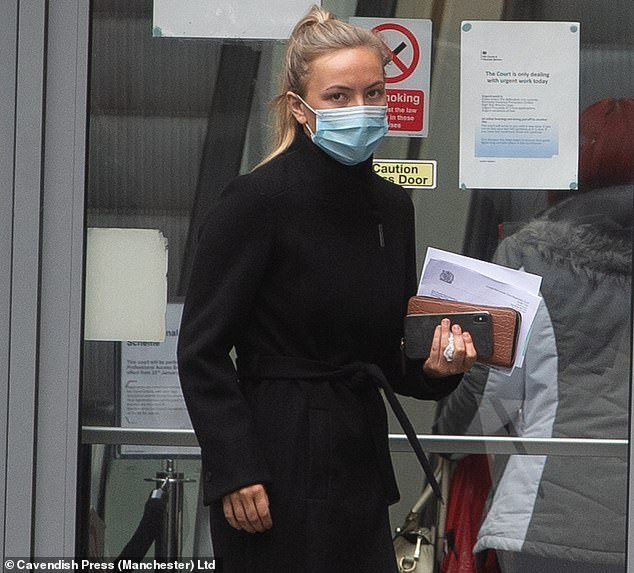 Atkinson, who lives with her parents, admitted drink driving and was banned from the roads for 12 months at Manchester Magistrates’ Court (pictured outside yesterday)

‘She accepts the information given by the prosecutor and driving through red lights – but this certainly was not deliberate on her part.

‘There was some distraction within the vehicle at the time she was driving that had taken her attention of the road at the time. She has cooperated fully at the road side.’

Mr Hewitt added: ‘She began work a short time ago as a teacher and has been told that this conviction may have an effect upon her employment and maybe deemed to have brought the school into disrepute.

‘It’s not a factor you will take into consideration as far as the sentence is concerned but this job is something she’s clearly worked for for some time to achieve and obtained employment.

‘Because of these few moments of madness she will not only lose her driving license but may also lose her employment but I hope that doesn’t come to fruition.

‘She has been employed as a teacher recently and the first gross payment appears to be £19,000 per annum and she lives with her parents.

‘I appreciate the reading is at the upper level but I ask that her previous good character and guilty plea is taking into account.’

Atkinson was also fined £346 and ordered to pay £119 costs and was offered a place on a drink driver rehabilitation course.

Magistrate Nicholas Cummins said: ‘It is such a shame that you have previously had a completely clean driving history and it starts with something like this.’