No10 accused of 'dragging its feet' over migrant measures 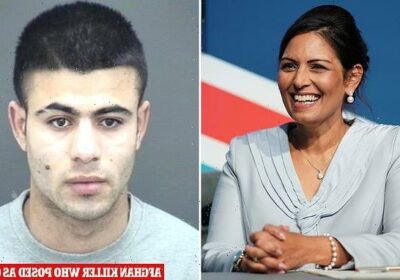 Former Home Secretary Priti Patel has accused the Government of ‘dragging its feet’ over legislation designed to prevent adult migrants from claiming they are minors when trying to gain asylum.

She is also understood to have been told that implementing scientific age assessments for migrants would be ‘too difficult’ and ‘too controversial’ by civil servants during her time in the Cabinet.

Her comments in The Telegraph follow the conviction of an Afghan man for the killing of a man in a row over an e-scooter.

Lawangeen Abdulrahimzai – who had previously been convicted of murder in Serbia – was found guilty on Monday of the murder of 21-year-old Thomas Roberts last year outside a sandwich shop in Bournemouth, Dorset.

The defendant, who arrived in the UK in December 2019, told the authorities at the time of his arrest that he was 16 but it was determined at Salisbury Crown Court that his true age now is 21. 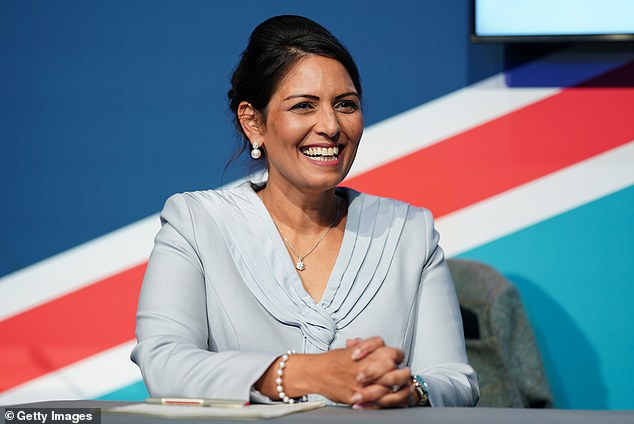 Downing Street described the case as ‘shocking’ and said it underlines the need for ‘robust age measurement measures’.

A report earlier this month by the Age Estimation Science Advisory Committee said existing age checks – which rely on interviews with social workers – could be supported by ‘biological age assessment’.

That could include X-rays or MRI scans to determine the development of teeth and bones, although campaigners have questioned whether such methods are either ethical or reliable.

The Prime Minister’s official spokesman said scientific checks are already in place in other countries and that the UK is now looking to follow suit.

‘We are considering the report of the Age Estimation Science Advisory Committee on scientific methods to assess the age of asylum seekers – and resolve the age disputes – which are indeed in place in countries like Norway, Denmark and Sweden,’ the spokesman said.

‘We are taking this issue very seriously and will come forward with further measures in due course.’ 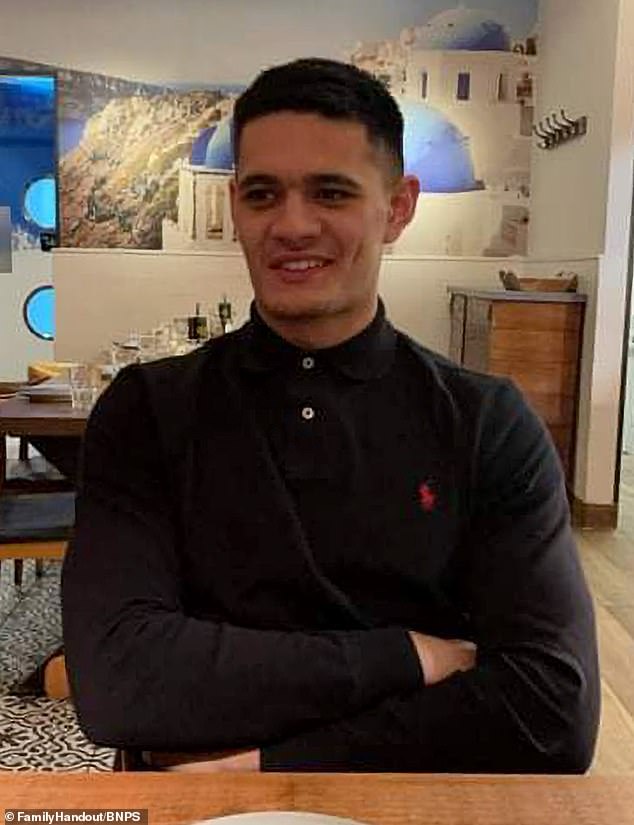 The Home Office has previously warned that there is a ‘significant’ problem with migrants who have crossed the Channel in small boats lying about their age.

Then home secretary Patel said last year that the introduction of biological tests would stop grown men ‘masquerading as children’ on their asylum applications.

She told The Telegraph this week: ‘We must implement every law available to us now to stop adults from claiming asylum on the basis of a false age.

‘They don’t just exploit our laws but often children too, in the process of conducting this fraud.

‘The key point is that we have the Nationality and Borders Act. The Government must crack on with implementation, because every day we delay we lose momentum.’

The court heard that Abdulrahimzai stabbed Mr Roberts twice and then fled into nearby woodland after Mr Roberts tried to intervene in a dispute between a friend of his and the defendant over an e-scooter.

After delivering its verdict, the jury was told that Abdulrahimzai had previously been convicted of murder following a trial in Serbia and sentenced to 20 years in prison in his absence.

Abdulrahimzai will be sentenced at Salisbury Crown Court on Wednesday.

Patel meanwhile said the measures in the Nationality and Borders Act, if implemented, would mean more rigorous scientific checks and streamline a process she described as ‘highly subjective and often subject to prolonged and expensive legal disputes’.

‘The Nationality and Borders Act was designed to overhaul the process in order to avoid this. It could provide a consistent and robust approach to dealing with anyone whose age is uncertain. But only if it is implemented,’ she added.

‘Everyone across Government should work together to now put this tough legislation into action. It is a matter of national urgency.’