North Korean defector hits out at woke brigade: ‘Even Kim isn’t this crazy!’ 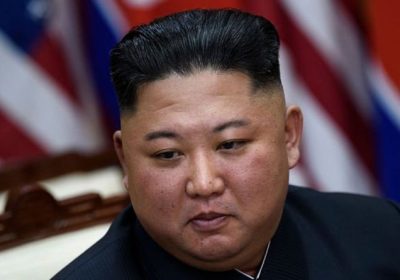 Yeonmi Park, who escaped to China in 2007, went on to study at an American university and warned “North Korea is not even this crazy”. After reaching China, Ms Park and her sister fell into the hands of people traffickers, before she escaped again and crossed the Gobi Desert to Mongolia by foot.

From here she was able to move first to democratic South Korea, then to the United States.

Speaking to the Daily Telegraph she said: “North Korea is not even this crazy. Especially comparing the woke culture.

“Before the class, in this 120-person lecture hall, the first thing they ask is give us your pronouns.

“And then some people are gender fluid. So that morning they might identify themselves as a girl but afternoon they be a boy.

“So instead of me trying to learn who this person as a character, all my energy is being spent on learning their pronouns so I don’t look like a bigot. Even North Korea don’t do this stuff.”

Ms Park went on to compare the principle of ‘white guilt’, which has become popular amongst sections of the academic left, to the North Korean regime’s deployment of collective guilt.

She said: “In North Korea there’s a thing called ‘guilt by association’.

“When I came [to the US] and spoke out against the dictator the family that I left behind, three generations of my family, were punished.

“This collective guilt is the most inhumane thing. Individuals are responsible for their own behaviours.

“When I came to America there’s something called ‘white guilt’, and I was like ‘what do you mean by white guilt’, your ancestors might possibly have owned slaves therefore white people are guilty.

“This collective guilt is such a Marxist and Communist thing to do. You can never get over that – it’s not up to us choosing our ancestors.”

Ms Park has written a book, ‘In Order To Live: A North Korean Girl’s Journey to Freedom’, which covers her life in and escape from North Korea.

North Korea has been ruled as a communist dictatorship since its creation in 1948.

It is currently ruled by Kim Jong-un, grandson of founder Kim Il-sung.

The Kim family, who have controlled the country since 1948, are portrayed as like “almighty Gods” to the North Korean people.

Trade Unionist says he 'loathes' what woke culture stands for

She commented: “What the North Korean regime did was copy the Bible.

“In Christianity they say God knows what you think and Jesus died but his spirit lives with us forever.

“That’s what the regime told us – Kim Jong-il died, but his spirit lives forever.”

However Ms Park said the propaganda has been less effective with Kim Jong-un, who became leader in 2011.

She explained: “People genuinely believed they were Gods however after Kim Jong-un, the latest Kim, came in it’s been shifting way more.

“Outside information is going in and telling people actually Kims go to bathrooms, they cry, they are humans not Gods who can move the mountains and do miracles.

“More people in North Korea are realising the falsehood of this propaganda.”
Source: Read Full Article