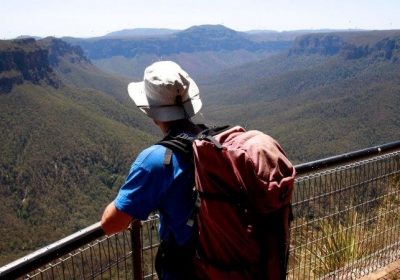 The longest road tunnel in Australia would be constructed between Lithgow and Katoomba within the next decade under a plan being considered by the NSW Government.

The 11 kilometre tunnel could cost close to $8 billion and burrow through the Blue Mountains and onto Lithgow as part of the multi-billion dollar upgrade of the Great Western Highway, connecting the Central West to Sydney. 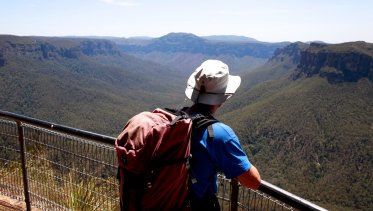 The site of one of the tunnel exits would be to the south of Evans Lookout Road near Blackheath.Credit:Edwina Pickles

The eastern entry for the tunnel is expected to be located on the outskirts of Blackheath in national park land to the south of Evans Lookout Road, though the state government says neither tunnel portal will impact the Greater Blue Mountains World Heritage Area.

Deputy Premier John Barilaro on Monday said construction on the highway upgrade would begin next year, while tunneling on the project would start in 2023.

The government has committed to two tunnels at Blackheath (4.5km long) and Mount Victoria (4km long), with planning underway to join the 3 kilometre gap between those two sections.

Regional Road Minister Paul Toole said the tunnel would take between eight to 10 years to complete, with the NSW Government having committed $2.5 billion to the project.

It is expected NSW will look to the federal government to finance part of the project.

The western end of the tunnel will emerge in Little Hartley, Mr Toole said.

“This would be a history-making project, delivering Australia’s longest road tunnel and allow motorists to avoid all the current pinch points from Blackheath in the east to Little Hartley on the western side of Victoria Pass,” he said.

“Should our investigations into a long tunnel determine that it isn’t viable, the community can be assured that we would proceed with a tunnel at Blackheath and a tunnel at Mount Victoria.”

Catch all the day’s breaking news