Nurse who stole bottles of painkillers faces being struck off 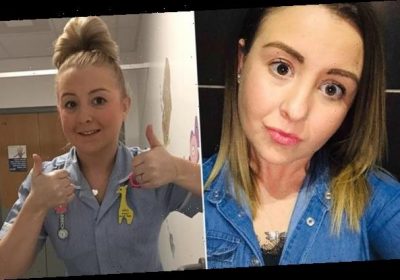 Cancer-surviving nurse, 33, caught stealing and swigging bottles of painkillers on children’s ward faces being struck off

A cancer-surviving nurse who was caught on CCTV stealing and swigging bottles of painkiller on a children’s ward faces being struck off.

Laura Howe, 33, was filmed consuming liquid codeine while on duty at the Royal Victoria Infirmary in Newcastle in 2018.

The paediatric nurse was ordered to carry out 120 hours of unpaid work after she admitted to ‘theft and exposing to or supplying an adulterated medical product’ at North Tyneside Magistrates’ Court in 2019.

Howe, from Middlesbrough, North Yorkshire, who endured years of intensive cancer treatment, now faces being struck off the register following an investigation by the Nursing And Midwifery Council (NMC) this week. 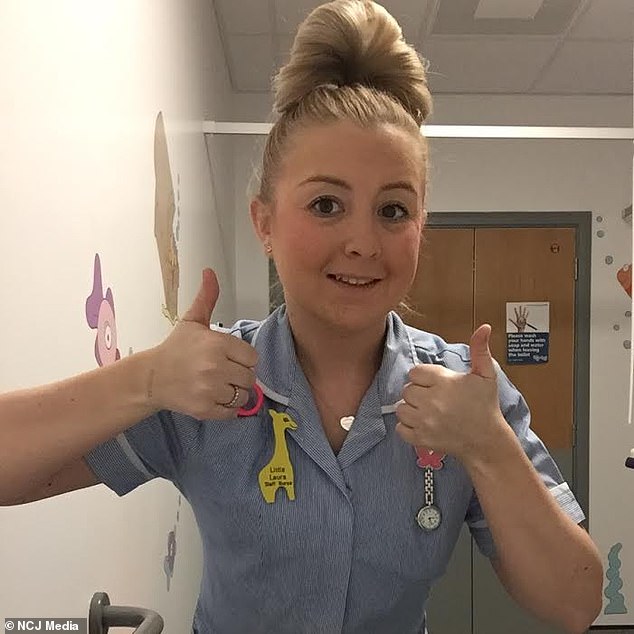 Laura Howe, 33, raided the drugs cabinet at Newcastle’s Royal Victoria Infirmary which were intended to relieve the pain of ill children

The council has agreed for the meeting to be heard in private, meaning no members of the public can be present during proceedings.

The NMC charges state that: ‘On 30 July 2019, at North Tyneside Magistrates’ Court, were convicted of the following offences.

‘Theft by employee; Expose for sale/supply an adulterated medicinal produce; And, in light of the above, your fitness to practise is impaired by reason of your conviction in respect of charge 1.’

The NMC charges also make reference to a health condition that Ms Howe suffers from.

Staff at the Royal Victoria Infirmary became suspicious in July 2017 after a nurse noticed that the liquid codeine was not as thick as it usually was.

Three bottles were removed from the ward and tested for their potency.

Results showed that the strength of the medicine, which is usually close to 100 per cent, was 71 per cent, 45 per cent and 25 per cent.

New bottles were installed on the ward and tested for their strength, which was 100 percent.

The paediatric nurse, pictured left and right, was ordered to carry out 120 hours of unpaid work after she admitted to ‘theft and exposing to or supplying an adulterated medical product’ at North Tyneside Magistrates’ Court in 2019

A further test on the liquid codeine in March 2018 showed the strength had again reduced.

Due to this, CCTV cameras were installed to find out what was going on.

Laura was then caught on camera swigging from the bottle of painkillers before diluting it with water.

She also later confessed to consuming liquid morphine, Oramorph while on shift.

Howe dived into a depression after years of intensive cancer treatment left her unable to have children.

She was first diagnosed with leukemia aged nine and underwent two years of intense treatment.

When the cancer returned a year later she was saved thanks to a bone marrow transplant from her infant brother. 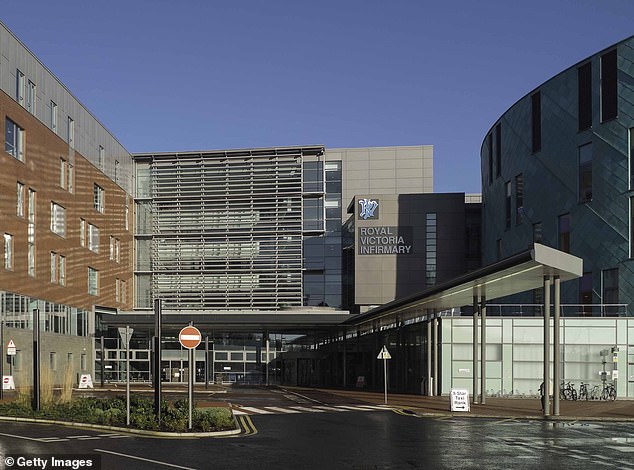 Howe was caught consuming liquid codeine while on duty at the Royal Victoria Infirmary, pictured, in Newcastle in 2018

Doctors said there was no treatment plan for the aggressive form of cancer and ‘threw everything at it’ over the course of three years, leaving her with physical side effects to this day.

In mitigation at her hearing back in 2019, Sophie Allinson highlighted Howe’s tragic background, calling it a ‘sad and unusual case’.

She said Howe had needed to ‘deal with stress and worry from a young age’ and that she had ‘took the medication to numb the pain’.

Two years before that, she was made guest of honour at a Race For Life event in Teesside and her fundraising exploits have seen her feature in the press several times over the years.

Howe managed to dodge jail time and admitted theft and an offence under the Medicines Act.