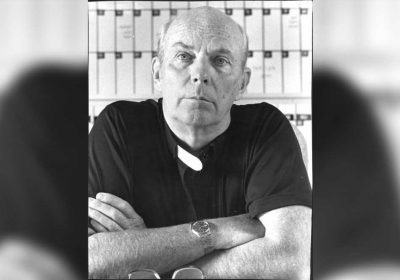 A California man has filed suit against the Catholic church in New York claiming he was repeatedly sexually abused when he was a teen by Covenant House founder Father Bruce Ritter in the 1980s, new court papers show.

The man — who filed suit anonymously in Manhattan Supreme Court under the initials BC — claims Ritter began molesting him when he was just 13 in 1981, with the abuse continuing until he was 16, according to the complaint from Thursday.

Ritter — who died in 1999 — first befriended the teen buying him gifts and clothing and paying him special attention “in an effort to earn his trust,” the court papers allege.

But within a month of arriving at the home for wayward youths, Ritter started his years-long abuse of the teen, even forcing him to have sex with Covenant House donors and other men, the suit alleges.

The abuse took place at Covenant House — a charity for homeless and runaway youth — as well as inside Ritter’s residence and at hotels, the court papers say.

BC is now suing the Archdiocese in New York, as well as Covenant House, for negligence for allegedly turning a blind eye on Ritter’s misconduct and abuse.

The suit says it was “common knowledge” among staffers at the home the Ritter was abusing residents. Staffers also saw BC repeatedly going to and from Ritter’s residence at the house in the middle of the night, the filing claims.

One lawyer even told BC numerous times to act differently since people suspected Ritter of abusing him, the court documents allege.

BC is suing for unspecified damages.

Ritter founded the charity in 1972, which started in New York and would eventually expand to have nearly 200 locations in the US, Canada, Mexico and Central America.

He resigned from the organization in 1990 following allegations by several young men that he sexually abused them and used money from the nonprofit to lavish them with gifts.

Ritter was let off easy when Manhattan prosecutors declined to prosecute him — instead merely forcing him to quit.

Joseph Zwilling a spokesman for the New York Archdiocese said he couldn’t comment on the specific lawsuit but said, “The Archdiocese takes all allegations of abuse seriously and responds with sensitivity and respect.”

Covenant House did not immediately return a request for comment.