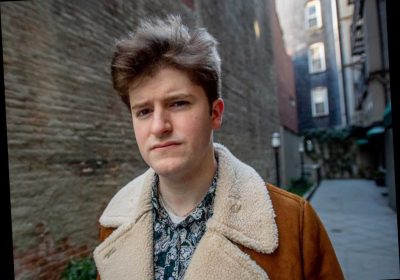 Members of the New York Young Republicans are planning to storm Zuccotti Park in lower Manhattan Sunday for a “Re-Occupy Wall Street” demonstration to protest actions by hedge funds and other financial institutions to undermine Reddit-fueled populist purchases of GameStop stock this week.

“What we saw the last few days was absolutely despicable. It’s pissed off a lot of people,” group president Gavin Wax told The Post. “We have the elites and the substrata of everyone else who doesn’t get to sit at the big-boy table and make the big-boy money.”

GameStop, a dusty mall retailer of video games and electronics, saw shares spike more than 1,700 percent when amateur day traders poured cash into the stock to protest Wall Street short sellers looking to profit from the company’s failure. The movement was initially organized by the Reddit page WallStreetBets.

As the stock soared and hedge funds faced billions in losses, multiple trading apps moved to prevent additional sales of the stock. One — aptly named RobinHood — has been hit with a class-action lawsuit.

“I do think they need to be prosecuted. A lot of these guys need to go to jail. Text messages and emails need to be seized. It was coordinated. There needs to be repercussions,” Wax said of the institutional effort to shut down the amateur traders.

Wax’s GOP rally ironically seeks to recapture some of the energy of the 2011 Occupy Wall Street protests — which saw mostly lefties turn the park into a quasi-homeless encampment that convulsed the city for months.

A hastily thrown together Eventbrite invitation calls YR members and fellow travelers to converge on the park at noon. “Bring signs and dress warmly,” the invite reads.

But Wax said it wouldn’t become an overnighter like the old days.

“We have jobs to go to on Monday,” he said. “It will be nice and orderly. We will be bathing.”