Policewoman, 32, and married officer, 35, are sacked over secret sex flings while they were meant to be on duty – after top brass used GPS to track their squad cars to her home address

A policewoman and a married officer have been sacked over their secret on-duty sex fling – after top brass used GPS to track their squad cars to her home address.

Zoe Phillips, 32, performed oral sex on Andrew Perry, 35, in a force vehicle but they were rumbled by their own police cars.

Mother-of-one PC Phillips also sent him sexy selfies and the two officers met up at her home when they were supposed to be on duty.

The former PCs got together for a string of secret trysts but were snared after an anonymous tip-off to the force.

A misconduct hearing was told an investigation was launched and senior officers tracked the GPS history of officers’ squad cars to prove they had been meeting up on duty.

Traffic specialist Perry and schools liaison officer Phillips worked for Gwent Police but resigned when the affair came to light. 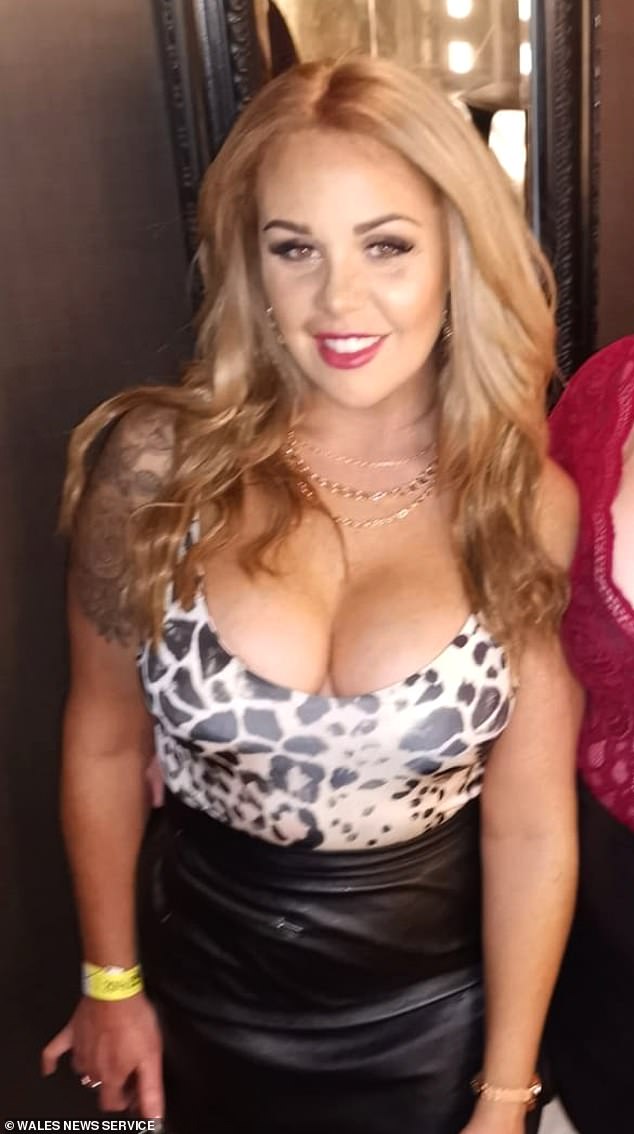 Zoe Phillips, 32, pictured, sent Andrew Perry, 35, sexy selfies and the two officers met up at her home when they were supposed to be on duty 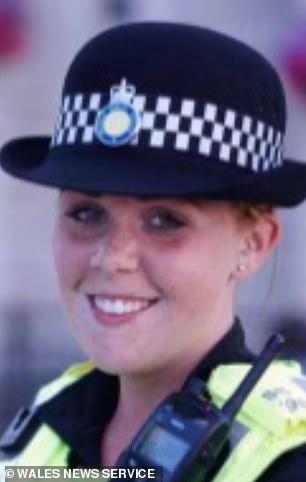 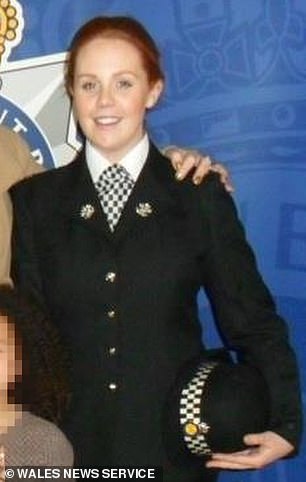 The mother-of-one, pictured left and right, worked for the force as a schools liaison officer

Father-of-three Perry, whose wife is still a police officer with the force, confessed to ‘heavy petting’ between the pair and receiving oral sex.

The hearing was told the pair would separately drive their cars to remote areas so they could meet when they were supposed to be on duty.

The pair have been barred from the force after the panel ruled their actions amounted to gross misconduct.

But the panel said Perry and Phillips – named only as Mr A and Ms B in the hearing – would have been dismissed if they had not quit.

Panel chair, Christopher McKay slammed the pair for their ‘deplorable’ behaviour and said that their actions had ‘undermined public confidence in the police force’.

He added: ‘All the contact Mr A had with Ms B was during working hours when he was on duty and this was to the detriment of Gwent Police and the public.

‘The fact he was with Ms B in remote locations is likely to have prohibited his ability to respond to calls.

‘Ms B sought to minimise her own responsibility for her actions and sought to blame Mr A.

‘She was not a victim but a willing participant in what happened between her and Mr A.’

Presenting officer Jonathan Walter had previously told the hearing: ‘Anonymous phone calls were made to Gwent Police alleging that Ms B and Mr A were meeting in remote locations whilst on duty and at Ms B’s home address for the purpose of a sexual relationship.

‘The investigating officer obtained GPS Tetra Mapping data to show the likely whereabouts of Ms B and Mr A in relation to each other whilst they were on duty.’

The hearing was told that the data revealed that the officers were together on a ‘large number of occasions when there was no policing reason for doing so’.

In an interview, Phillips admitted that there would be ‘kissing and cuddling’ when they were both on duty.

Mr Walters said: ‘To Mr A’s eternal credit he did not flinch from telling the investigating officers exactly what happened.

‘This led him to admitting that on one occasion Ms B had performed oral sex on him in a police vehicle when they were both on duty and there had been sexual contact in the form of heavy petting.’ 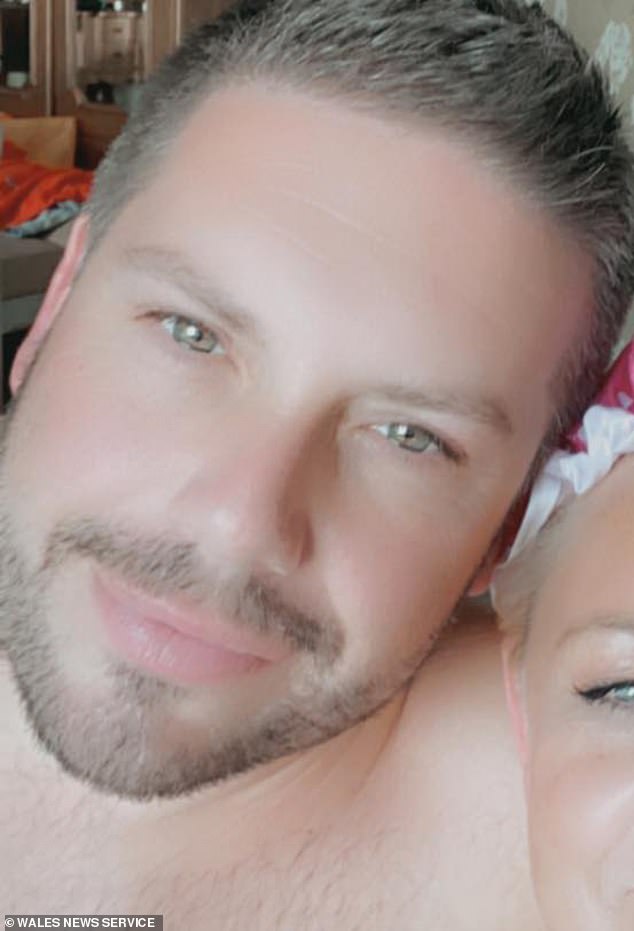 Father-of-three Perry, pictured, whose wife is still a police officer with the force, confessed to ‘heavy petting’ between the pair and receiving oral sex

The pair also met up at the home of Phillips house for sex while Perry was on duty.

Mr Walters added: ‘There is no doubt that Ms B and Mr A were seeing each other during working hours in early 2018 and by no later than March, this had developed into an emotional relationship.

‘Ultimately, the relationship between Ms B and Mr A developed into a sexual relationship.’

Perry admitted that two allegations against him amounted to gross misconduct.

Phillips admitted meeting with Perry while he was on duty and to sending a sexualised photograph to him while on duty.

She denied sexual contact with Perry while on duty and argued that her action amount only to misconduct rather than gross misconduct.

However these allegations were found proven by the panel who found it also amounted to gross misconduct.

An allegation that Phillips had taken an x-rated picture while on duty was also found proven but found only to amount to misconduct.