Home » World News » Oh dear, EU! More than a third of citizens not satisfied with state of democracy in bloc

Oh dear, EU! More than a third of citizens not satisfied with state of democracy in bloc 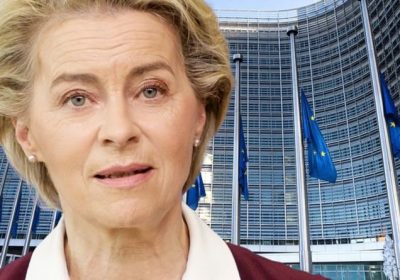 A poll conducted by the Bertelsmann Foundation found that many within the bloc are concerned about the state of the democratic process within the EU and that it needs to be improved. The participants in the poll chose the rule of law, free elections and freedom of expression as the most important core values of a democracy. However, the survey discovered there were distinct differences between the individual EU member states.

A major finding of the study was that those who were satisfied with the democratic constitution of their own country went on to give the EU lower marks.

According to the study, 70 percent of respondents in Germany are satisfied with the state of democracy within their own nation.

Only in the Netherlands is the value higher at 74 percent.

Belgium and France are in the middle with 54 percent and 51 percent respectively.

Poland is at the bottom of the list when it comes to attitudes to democracy within the nation’s borders.

In Poland, the level of satisfaction with the national conservative government was 35 percent.

Contrasting this, the Polish voters gave the EU as a whole the highest approval rating for democracy, at 70 percent.

The Spanish rated the democratic capabilities of the EU at 67 percent.

However, in Germany, the EU only has an approval rating of 60 percent.

Europeans see a good democracy as being a functioning constitutional state.

On a ten-point scale, Europeans gave a high requirement, 9.1 points, for governments to comply with applicable laws.

The principle that courts should treat all people equally was given nine points.

Free and fair elections and freedom of expression were both given 8.9 points.

Europeans also consider it very important that election results are accepted, being given 8.6 out of 10 points.

Isabell Hoffmann, Europe expert at the Bertelsmann Foundation, said: “Across Europe, the ideas of what constitutes a good democracy are very close together.

“That is a good sign and shows that the EU is not just one Economic association, but above all a community of values.”

The survey was published on Tuesday by the Bertelsmann Foundation and the Belgian King Baudouin Foundation.

The survey was compiled by involving almost 12,000 Europeans in December 2020.

The EU has come under pressure with how it has handled the Covid-19 pandemic.

The bloc, in particular, faced criticism over its handling of the vaccine rollout.