Home » World News » One can of energy drink a day increases risk of stillbirth by 27%, new study claims

One can of energy drink a day increases risk of stillbirth by 27%, new study claims DRINKING just one energy drink a day while pregnant increases your risk of stillbirth by almost a third, experts claim.

Mums to be who consume more than 100mg of caffeine a day – that's half the recommended amount – had a 27 per cent higher risk of losing their baby after 24 weeks. 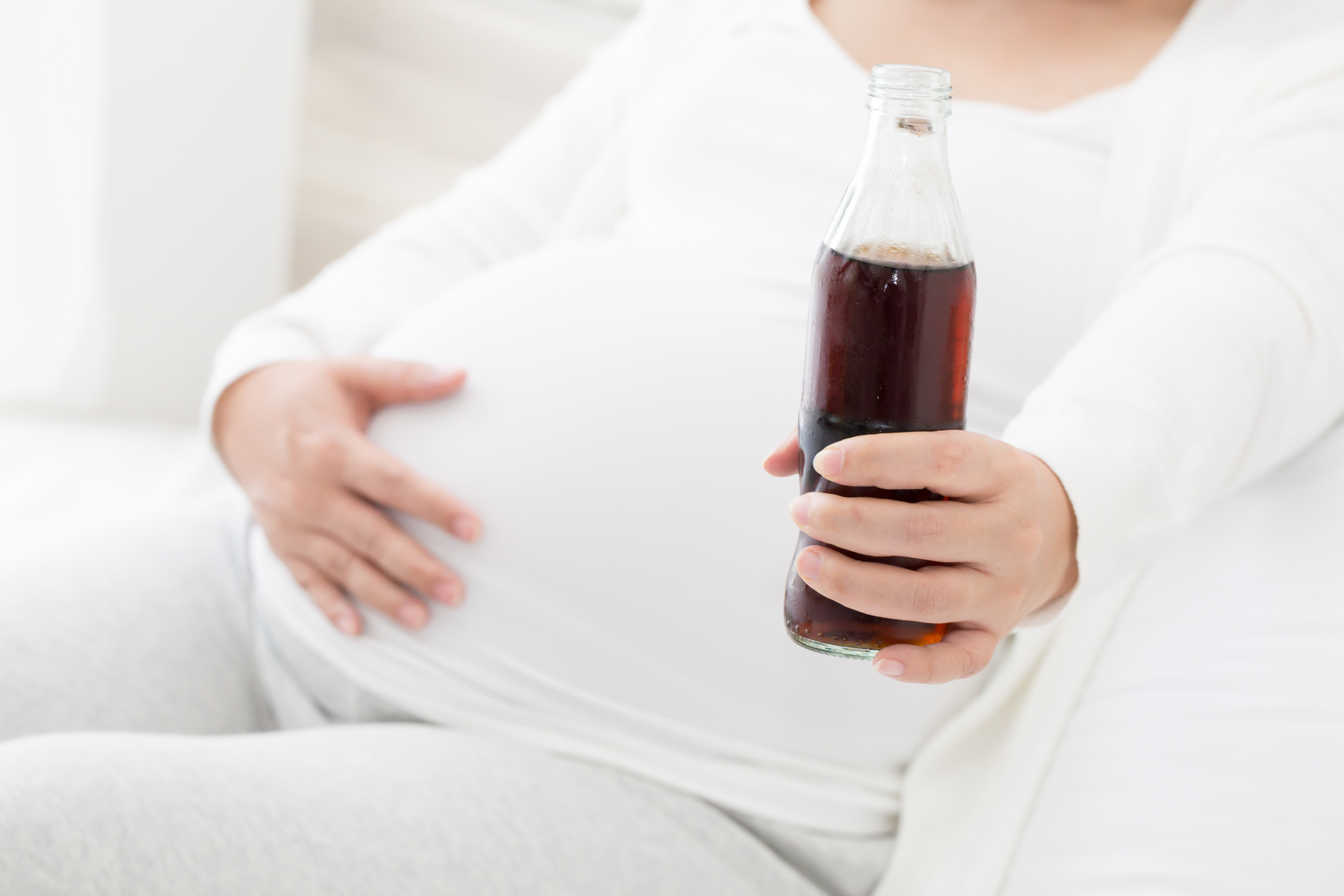 The findings have prompted leading charity Tommy's to call on the Government to reconsider the official guidelines.

The NHS advises pregnant women keep their caffeine intake below 200mg a day, while the World Health Organisation (WHO) set their safe limit at 300mg.

But the new findings from Tommy's Maternal and Research Centre suggest the risk of drinking caffeine while expecting could be higher than experts believed.

Director of the centre and professor of obstetrics at Manchester University, Alexander Heazell said many women are just not aware of the dangers of overdoing caffeine in pregnancy.

"Caffeine has been in our diets for a long time and, as with many things we like to eat and drink, large amounts can be harmful – especially during pregnancy," he said.

“It’s a relatively small risk, so people shouldn’t be worried about the occasional cup of coffee, but it’s a risk this research suggests many aren’t aware of.

“Anyone planning to have a baby needs to know that consuming caffeine during pregnancy can raise the risk of stillbirth and other pregnancy complications.

"So it’s important to cut down as much as you can; the national guidelines should be the limit, not the goal, and the more you can cut down beyond that the better.”

Caffeine poses a risk when it passes across the placenta, endangering life because a foetus is unable to process the stimulant in the same way adults do.

Scientists at Tommy's said women who drank energy drinks were almost twice as likely to suffer a stillbirth.

Prof Heazell's team said more research is needed after accepting it wasn't possible to separate impact of the caffeine from that of sugar in cola and chemicals like taurine in energy drinks. 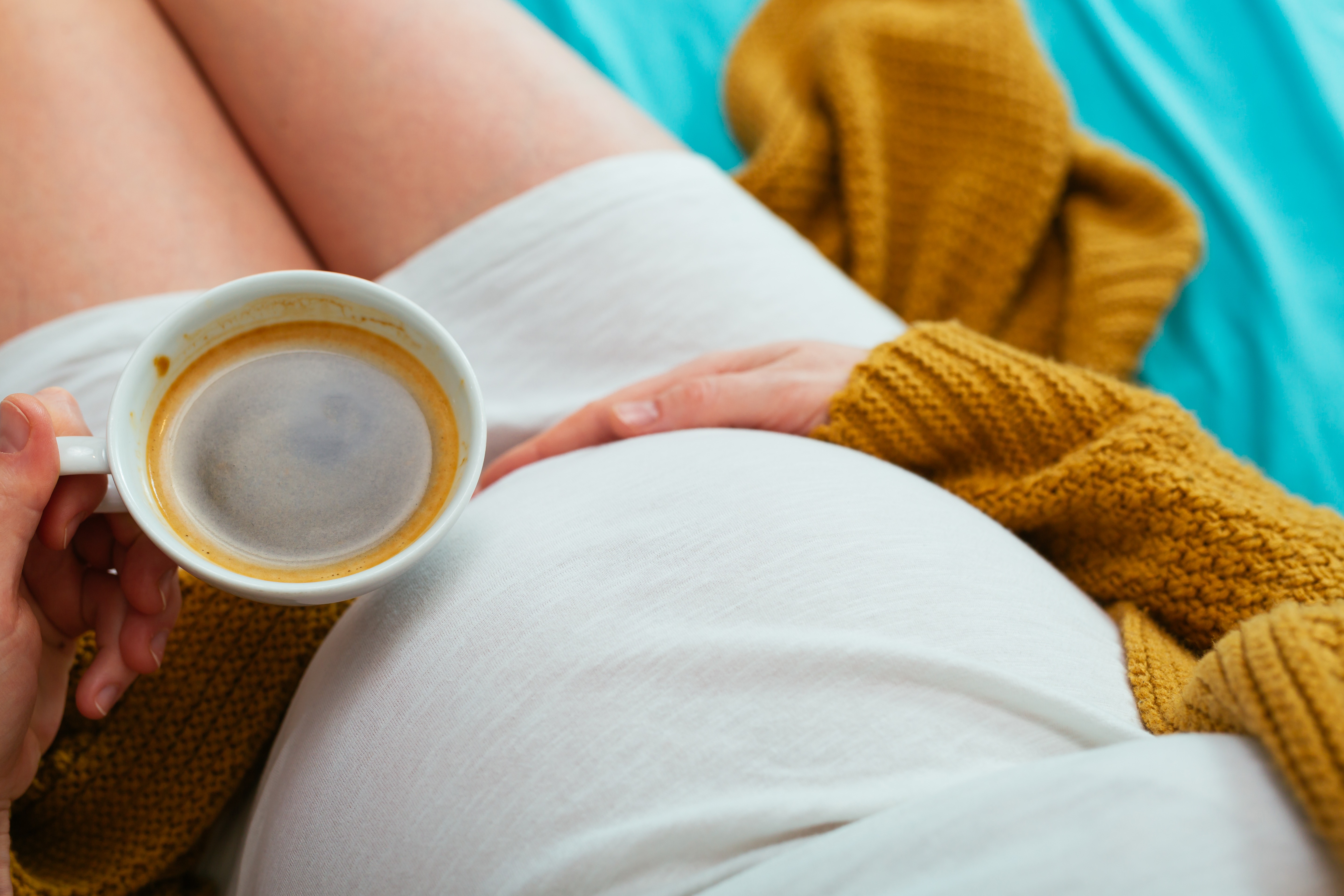 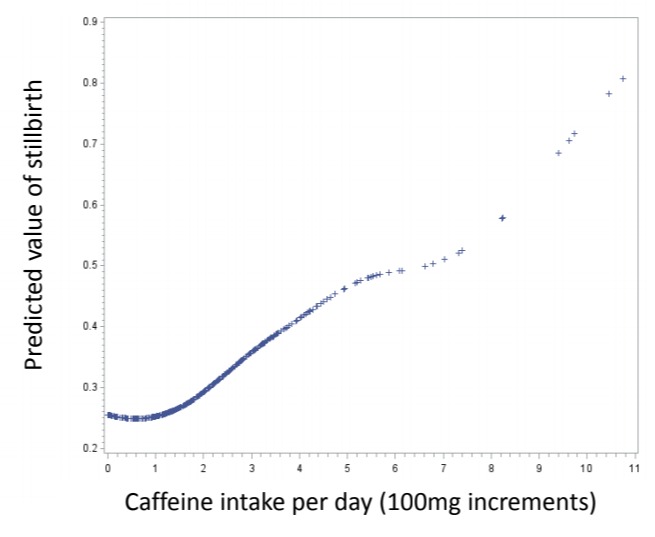 They quizzed more than 1,000 mothers across 41 UK hospitals between 2014 and 2016, asking about caffeine consumption and other risk factors.

The Tommy's team found that while 54.5 per cent of women cut down on caffeine while pregnant, one in 20 consume more.

Most mums to be got their caffeine hit from tea, which did not pose a significant risk, the researchers said.

The Tommy's team said an average can of energy drink contains 103mg.

But that can vary depending on the size of the can. There's 160mg in a can of Monster energy drink, which does carry a warning that pregnant and breastfeeding women should avoid it.

In comparison, a 250ml can of Red Bull contains 80mg of caffeine, about the same as a cup of coffee.

Meanwhile, a 330ml can of Cola contains about 32mg.

No links between drinks like filtered or decaffeinated coffee, chai, green tea and hot chocolate and stillbirth were found.

Tommy's said their findings highlights a lack of awareness about how much caffeine is in various drinks, as well as the risks of drinking too much.

In the UK around one in every 250 pregnancies ends in stillbirth, which can be caused by a variety of factors including smoking, drinking alcohol, a mum's age and ethnicity.

What is a stillbirth?

A stillbirth is when a baby is born dead after 24 completed weeks of pregnancy. It happens in around 1 in every 200 births in England.

If the baby dies before 24 completed weeks, it's known as a miscarriage.

Contact your midwife or doctor straightaway if you're pregnant and worried about your baby – for example, if you've noticed your baby moving less than usual. Don't wait until the next day. If your baby is moving less, it can be a sign that something's wrong and needs to be checked out.

Some stillbirths are linked to complications with the placenta, a birth defect or with the mother's health. For others, no cause is found.

Prof Heazell said that breaking habits can be hard but that there are switches that can be made.

He added: “Little things like switching to decaf and swapping fizzy drinks for fruit juice or squash can really help reduce the risk.

"If you’re worried or confused, talk to your doctor or midwife, or use tools like Tommy’s caffeine calculator.”

The new study was published today in the European Journal of Obstetrics and Gynaecology.

A previous study published by Tommy’s in 2018 also found that 61 per cent of women would consume less caffeine after being made aware of how much is ‘hidden’ in certain soft drinks.

Charlotte Stirling-Reed, registered nutritionist and mum to three-year-old Raffy and four-month-old Ada, said: “Caffeine intake can be really confusing, even as someone with a background in nutrition.

"It can be hard to work out the amounts consumed, and many people just aren’t aware of how much caffeine is in some of their favourite foods and drinks.

“All mums want the best for their baby during pregnancy and beyond, so anything that can be done to help break down the guidance and give practical tips on why and how to cut down is really important.”

The UK’s stillbirth rate is 24th out of 49 high-income countries, despite efforts by the government to half stillbirth rates by 2025, campaigners are calling for more to be done to educate parents about the risks.

Tommy’s chief executive Jane Brewin said that eight babies are stillborn in the UK every day and while the reasons for this often have nothing to do with with diet and lifestyle there are things that you can do to reduce the risk.

She added: “This study found that midwives and internet resources had the most impact on pregnant women’s caffeine consumption, so we need to make better use of their influence to support mothers throughout their pregnancy journey.

“Risk is a complex concept to communicate, so healthcare professionals may need training to help them get these messages across.”

In August another research paper concluded that women who are pregnant or trying for a baby should consider avoiding caffeine altogether.

The study, published in the journal BMJ Evidence Based Medicine, examined data from 37 observational studies.

The research, by Professor Jack James, of Reykjavik University in Iceland, found that 32 of these studies reported that caffeine significantly increased risk of adverse pregnancy outcomes including stillbirth, miscarriage and low birth weight.