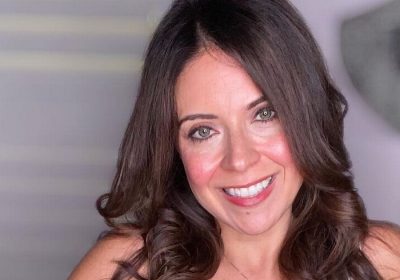 Sign up for Daily Star Hot Topics newsletter for the most exciting real life, fashion and sex tips HOT off the press

OnlyFans mum Crystal Jackson claims she had her raunchy snaps exposed by a “mean mum” at her kids' old school.

Crystal, 44, who goes by the name of Tiffany Poindexter or Mrs Poindexter on OnlyFans, says a parent went to the effort of printing out her sexy photos and handed them around the local area, NY Post reports.

The mother of two then had her children kicked out of their Catholic school in Sacramento, California because of her online activity.

Crystal told Barstool Sports on Wednesday that the woman responsible is "a horrible human being."

She said: “They’re upset I’m naked but I’m not the one who showed (the images)."

“Everybody in the community… all these moms have basically seen them.”

OnlyFans star Crystal made it to about a year on the subscription-only website before a dad at his children's school stumbled upon her page.

Then a “super wealthy, white privilege, not used to people telling her ‘no'” mum got “really p****d” and took screenshots of pictures from the site, Crystal said.

As if sending the photos to her Sacramento contact book via text was not harsh enough, the woman even went to the extreme of printing them out and posted them to the school and diocese, Crystal claims.

When asked whether she had spoken to the mum behind the spreading of pictures, Jackson replied, “Hell no".

But during the chat with Barstool Sports, she played a nasty voicemail she says the woman’s husband left her after she set her lawyers on them for sharing her content which fans pay £11 per month for without permission, according to reports.

Crystal said: "Her husband texted me and left a voicemail yelling at me, drunk, (saying) how horrible I am, how I’m an embarrassment to the community and school.

“But you guys are the ones that took everything and passed it around!”

Mrs Poindexter has no plans in stepping back from her current 0.01% OnlyFans status and is applying to send the kids to another school.