Family releases heartbreaking picture of orphaned siblings holding hands in hospital, as they see each other for the first time since a crash killed their parents and baby sister

Two orphaned siblings held hands in hospital while wearing their neck braces on Tuesday as they saw each other for the first time since a crash killed their parents and baby sister.

Angie Clemens, eight, and her little brother Zachary, five, survived along with their four-year-old brother Wyatt and two-year-old brother Nicholas when a Chevrolet Tahoe plowed into their family’s SUV in San Angelo, Texas, on April 7.

Their parents Jim, 31, and Karisa, 29, died as did their eight-week-old sister Juliana.

The driver of the Chevrolet was a young mother who lost control of the vehicle.

Her one-year-old son was with her at the time but they both survived and no charges have been brought. 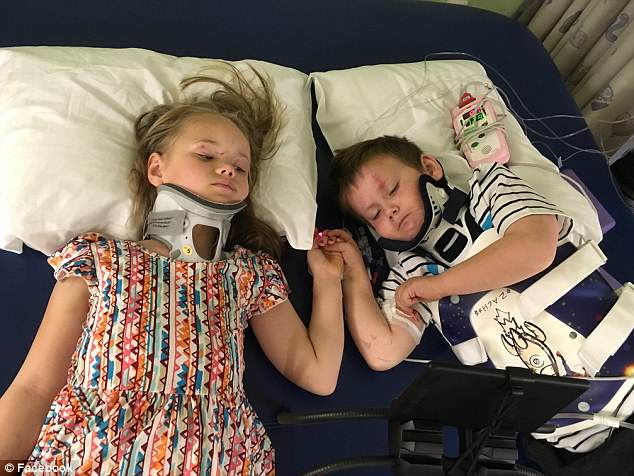 Clemens siblings Angie, eight, and Zachary, five, hold hands in the hospital on Tuesday as they watch a movie while seeing each other for the first time since a car crash killed their parents and eight-week-old sister on April 7. Zachary has a broken back and Angie has severe brain injuries 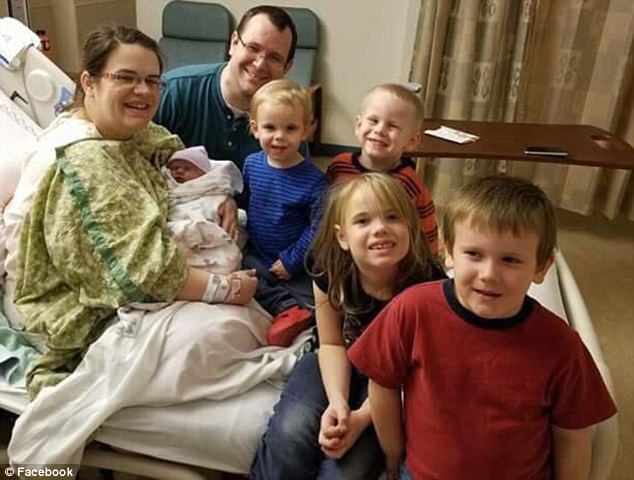 The Clemens family: Karisa, 29, holding baby Juliana with father Jim, 31, behind her. All three died on April 7. Nicholas, two, (middle) survived and has been released from hospital. Zachary is shown (front) with his sister Angie behind him and Wyatt behind her

Earlier this month, Angie and Wyatt were able to blow kisses to one another when their relatives put their wheelchairs facing one another in the hospital.

Zachary, who has a broken back, has however been too unwell to get out of bed until this week when doctors were able to put him in a wheelchair for the first time to bring him to his older sister.

Two fundraisers have been set up to help pay for the children’s medical bills. Together, they have raised $130,000.  They can be found here and here.

The children suffered extensive injuries and are still considered to be in critical condition.

Angie suffered brain injuries, according to one relative who shared the heartbreaking photograph of her comforting her little brother earlier in the week.

‘This is Zachary and Angie,’ wrote Teresa Burrell. ‘They are able to touch each other for the first time since the accident. 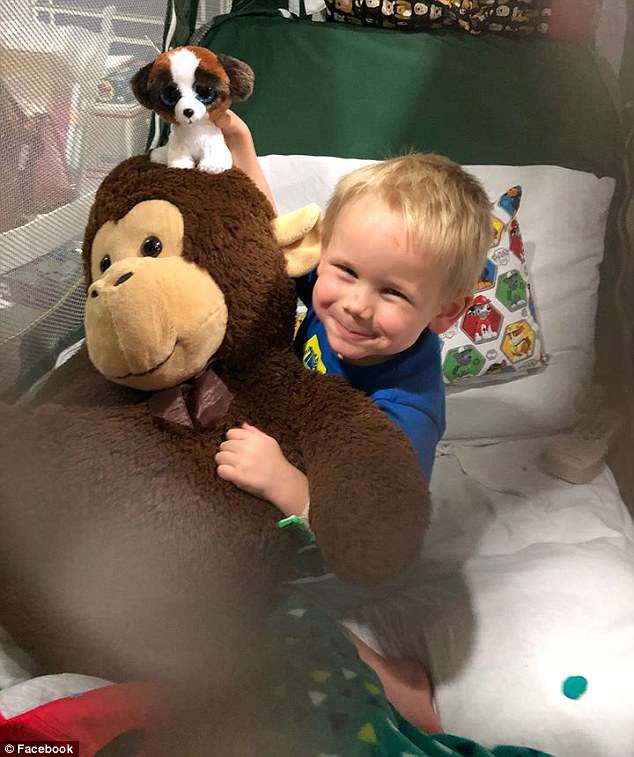 Four-year-old Wyatt survived the crash and is still in hospital. His injuries are not as severe as his older siblings and he is now out of his wheelchair 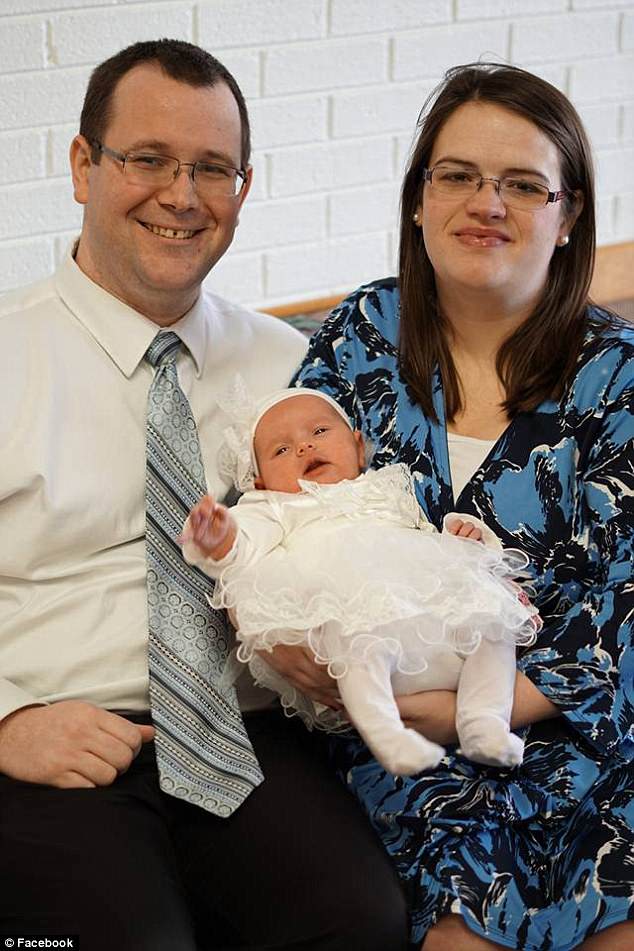 Jim and Karisa were described as ‘devoted’ parents by their friends. They welcomed baby Juliana just eight weeks before her death 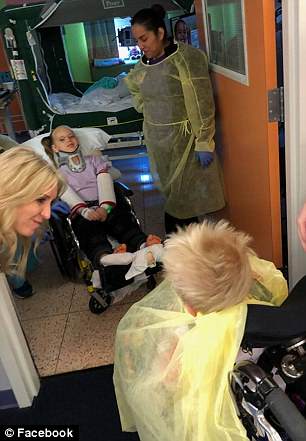 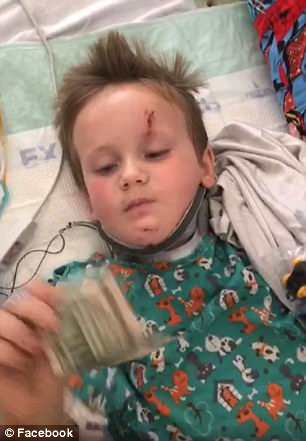 Wyatt and Angie saw each other for the first time last week and blew kisses to each other from their wheelchairs (left). Zachary, who has a broken back, lost his first tooth in hospital (right). His relatives gave him money from ‘the tooth fairy’ afterwards 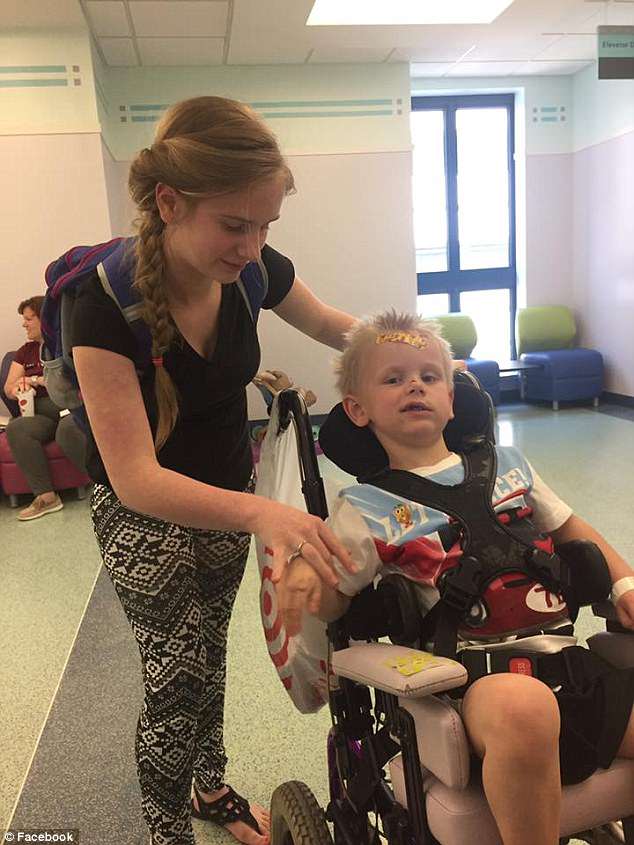 Wyatt, four, is now out of his wheelchair and is able to walk a short distance 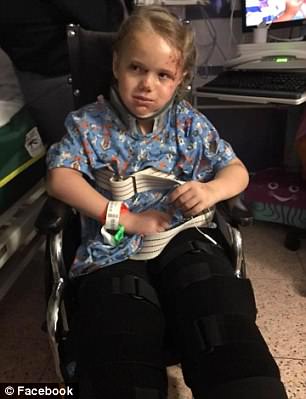 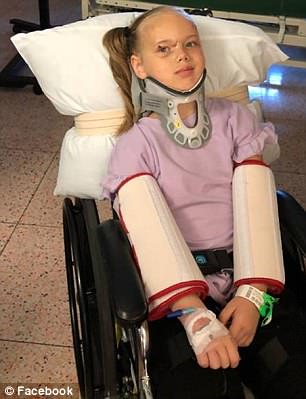 Angie, eight, suffered brain injuries in the accident. It is not known how long she may take to recover. Her relatives were thrilled last week when she was able to sing with them in the hospital

‘Our prayers are for these little ones who have a long journey of healing ahead.’

Wyatt has now begun walking again after spending weeks in a wheelchair.

On Monday, a miraculous moment came when he was able to put his hands above his head, Burrell said.

Funerals were held for their parents and sister on April 21. Only Nicholas was well enough to attend. 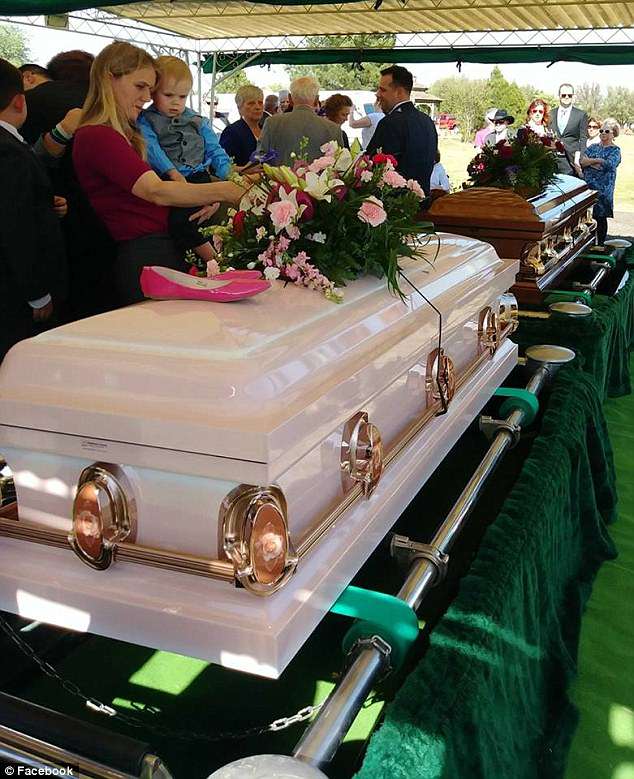 Two-year-old Nicholas Clemens attends the funeral of his parents and eight-week-old sister on April 21. His older siblings are still in hospital and were not able to attend

It is not clear what he did for a living but his obituary says he studied manufacturing engineering.

They were devout Christians and devoted parents who ‘were examples of faith, hope, friendship, and service to all who knew them,’ their obituary reads.

Their relatives and friends have rallied around the surviving children to look after them but say they are overwhelmed by the cost of their medical care and their parents’ funeral expenses. 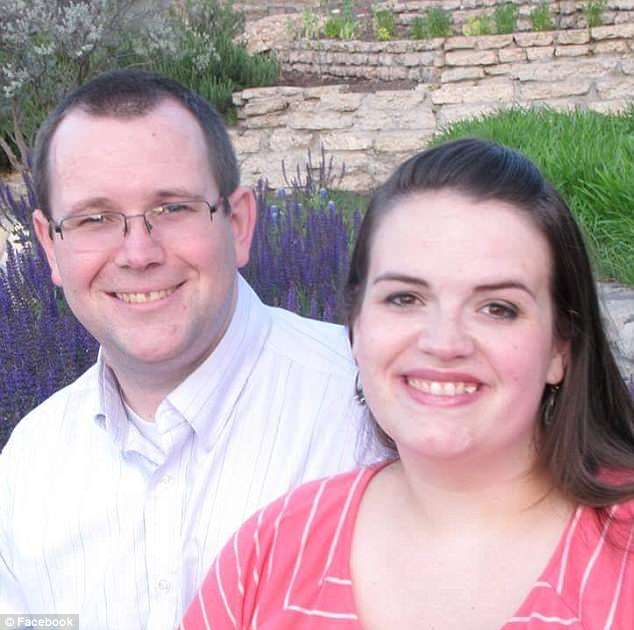 Jim studied manufacturing engineering but it is not clear what he did for work. He and Karisa married in 2009