Owen Paterson’s wife Rose had not been seen for more than 24 hours before she was found dead at the family home after being reported missing by her Tory MP husband, inquest hears

Owen Paterson’s wife Rose had not been seen for 24 hours before she was found dead at the family home after being reported missing by her Tory MP husband, an inquest heard today.

The 63-year-old chairman of Aintree racecourse was found in woodland at the property in Ellesmere, near Wrexham, in the early hours of June 24 – her husband of 40 years’ birthday.

She had been reported missing by the former Cabinet Secretary just after 8pm the night before, having not been seen since 10pm on June 22.

Details of Newcastle born Mrs Paterson were read out in front of the senior Coroner John Ellery at Shrewsbury Coroner’s Court.

The Paterson family were not present in court but two people were watching proceedings remotely, according to court staff. 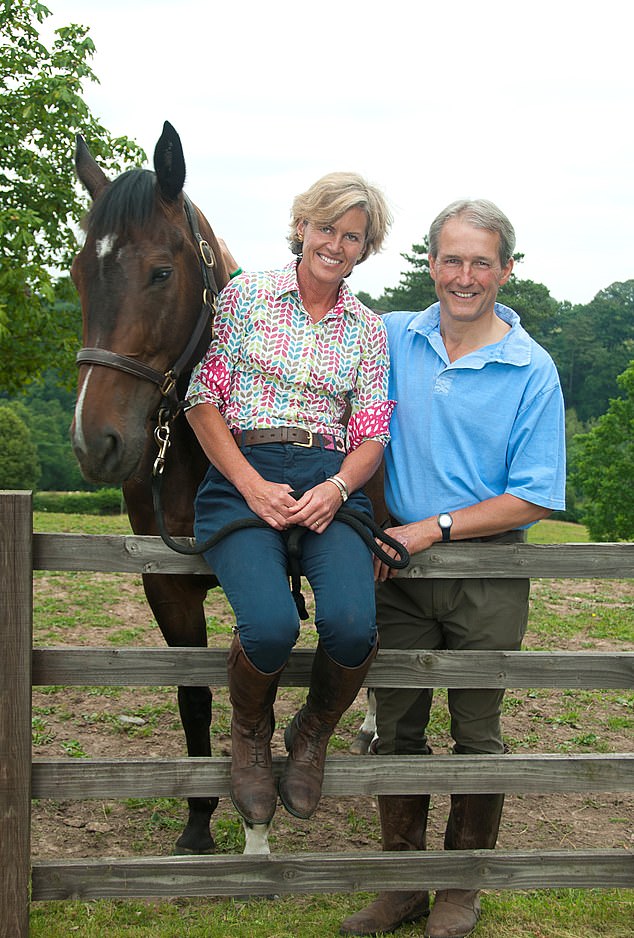 The wife of Tory MP Owen Paterson, Rose Paterson, pictured together, was found dead at home last month and had not been seen for 24 hours before she was discovered, an inquest into her death heard today 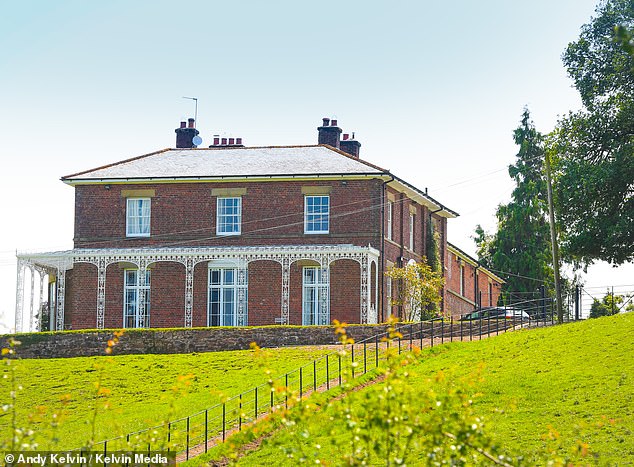 Mr Paterson, a former cabinet minister under David Cameron and Conservative MP for North Shropshire, raised the alarm and later revealed that his wife had been found dead at their constituency home in the early hours of June 24 (pictured) 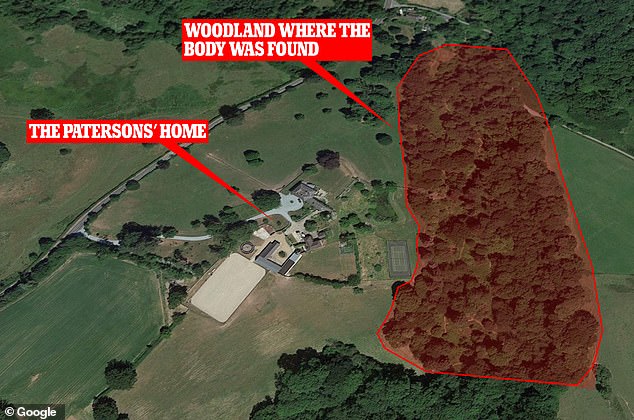 Coroner’s Officer Julie Hartridge confirmed Mrs Paterson’s date and place of birth and that she was the Chairman of Aintree Racecourse. 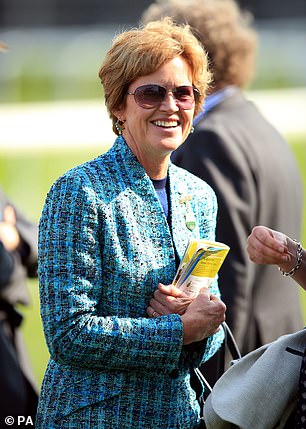 The Coroner’s Officer said: ‘At 8.23pm on June 23 Mr Owen Paterson called police concerning the welfare of his wife. She had not been since approximately 10pm the previous night.

‘A search of the woodland area surrounding her home address was undertaken by police officers and the West Mercia Search and Rescue team.

‘They located the body of Rose Emily Paterson in a wooded area.’

She added that her death was formally recorded at 3.20am and the police were satisfied that there were no suspicious circumstances.

On June 24, the body of Mrs Paterson was identified at a local funeral home in Whitchurch, Shropshire, by her husband Owen.

The Coroner Mr Ellery made clear that the date of death was yet to be determined as although her body had been found on the 24th, she had not been seen since the 22nd.

The inquest was adjourned until September 22. 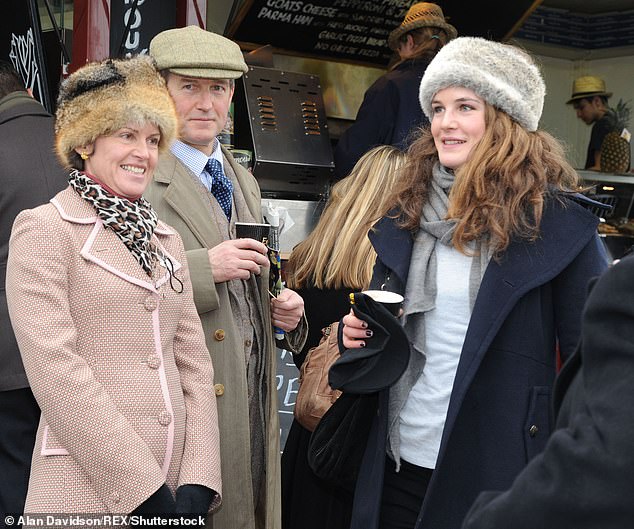 Mr and Mrs Paterson have three children, a daughter Evie, right with her parents, and two sons Ned and Felix 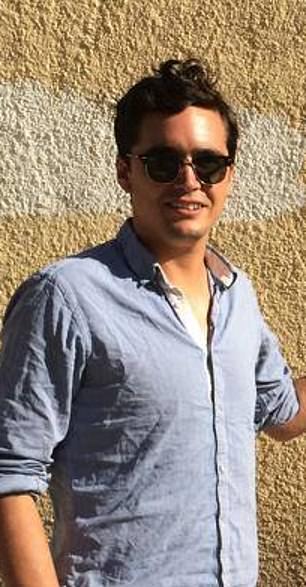 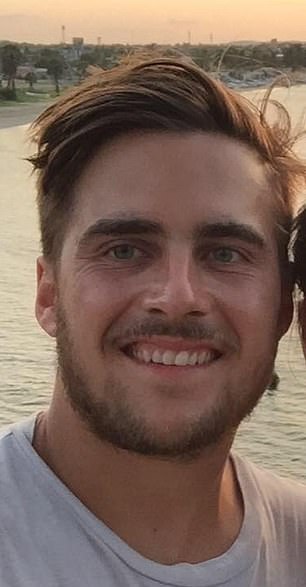 The Pattersons also have two son, Felix and Ned, pictured left to right

Mr Paterson, a former cabinet minister under David Cameron and Conservative MP for North Shropshire, said at the end of June that the loss of his wife, Rose, 63, had come as a ‘terrible shock’ to the family.

Mrs Paterson, the daughter of the fourth Viscount Ridley, was the chairman of Aintree Racecourse and a Jockey Club board member. The couple married in 1980 and had two sons, Ned and Felix, and a daughter, Evie.

Mr Paterson said: ‘It is with great sadness that I must inform you that my wife, Rose, has been found dead at our family home in Shropshire. Rose and I were married for 40 happy years. She was a wonderful, caring wife, mother and grandmother. Her death has come as a terrible shock to us all’.

Mrs Paterson was seen on her horse and appeared to be in good health and spirits with no hint of the tragedy that would follow hours later, a neighbour told MailOnline.

She said: ‘My mum saw her on her horse yesterday about midday. They exchanged hellos, there was nothing remarkable about it. Overnight, about 1am, my mother heard the police helicopter over head. She was found a short distance from here.’ Another neighbour said she heard police cars driving to and from the property until about 2.30am. She said: ‘We were woken up by the police helicopter and saw police cars racing past on the main road outside’.

A police helicopter was hovering over the area around the family home and surrounding estate for several hours while they were ‘searching for her’ overnight, a close friend said, adding: ‘We are still in shock. We’ve had a very sleepless night. She was a wonderful person with such a welcoming smile.’

Rose Paterson’s death came as she became embroiled in a planning row alongside housing secretary Robert Jenrick, who has asked his department to re-examine an application by the Jockey Club for 300-plus homes and a hotel at Sandown Park, after it had been unanimously rejected by Surrey councillors last year. His intervention has raised concerns about conflicts of interest because of the Jockey Club’s links to senior Conservative figures including Mrs Paterson, who sits on the club’s board. No final decision has been made.

She married the MP in 1980 while Mr Paterson was working for the family’s luxury leather business where he worked for more than 20 years before being elected to Parliament in 1997. He has led various leather and tannery trade associations and on top of his MP’s salary he has made tens of thousands a year from consultancy work for food, healthcare and scientific companies. In 2017 he was the 12th highest earning MP based on earnings outside Parliament.

His wife was the second daughter of Matthew White Ridley, the 4th Viscount Ridley, who died in 2012, whose title was then handed down to his only son, also called Matthew. Since 1698 the family’s seat has been the grand Blagdon Estate in Northumberland where Mrs Paterson grew up.