Parents and school leaders celebrate new C.D.C. guidance lowering distance between students to 3 feet. Teachers aren’t on board yet. 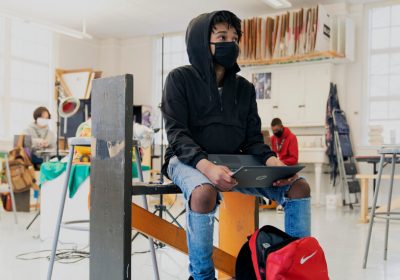 Proponents of fully reopening schools got a major boost when the Centers for Disease Control and Prevention announced that elementary school students and some middle and high school students could be spaced three feet apart in classrooms.

The previous guidance of keeping most students six feet apart had in many school districts become a big obstacle to welcoming students back for full-time instruction because it severely limited capacity. Many experts now say a growing body of research shows that six feet is not much more protective than three, as long as other safety measures are in place, like mask wearing.

Public health experts, parents and school officials cheered the new recommendation. Teachers’ unions, which have used the six-foot guidance to oppose bringing children back for normal schedules, did not.

Randi Weingarten, president of the American Federation of Teachers, the nation’s second-largest educators’ union, said in a statement that she would “reserve judgment” on the new guidelines pending further review of research on how the virus behaves in schools, especially those in cities or that are under-resourced. Becky Pringle, president of the largest teachers’ union, the National Education Association, raised similar concerns.

Nevertheless, the new guidance seemed to be having an immediate impact in some places. New York City, the nation’s largest school district, announced on Friday that it would give families another chance to select in-person instruction for their children. The city said that elementary schools, prekindergarten programs and programs for children with complex disabilities would move to three-foot distancing in April, while it would review distancing rules for middle and high school students.

In Texas, Pedro Martinez, the superintendent of the San Antonio Independent School District, called the new guidance “a game changer.” In weighing when and how to bring more students back to classrooms in his district, he added, “My biggest hesitation has been the social distancing requirements.”

In Anne Arundel County, Md., where schools are just now reopening for students to attend two days a week, the president of the Board of Education said the new guidance would make it easier for the district to achieve the superintendent’s goal of getting students on a four-day-a-week schedule before the end of the year.

“It was a real challenge to be able to bring students back four days with a six-foot distance requirement,” the board president, Melissa Ellis, said.

Still, there was ample evidence that the new guidance would not be enough to push some districts, particularly on the West Coast, to return to anything like a normal school week soon. The concerns of teachers’ unions seem likely to pressure some districts to delay returning classrooms to greater density.

In Los Angeles, the nation’s second-largest system, district and union leaders agreed this month to allow students to return to classrooms for a mixture of in-person and remote learning starting in April.

The latest on how the pandemic is reshaping education.