THIS is the shocking moment a car rammed a crowd as a beach rave descended into violence, leaving four police officers injured.

Revellers attacked cops at Greatstone beach near New Romney, Kent during Sunday's chaos at the illegal "cook out" party. 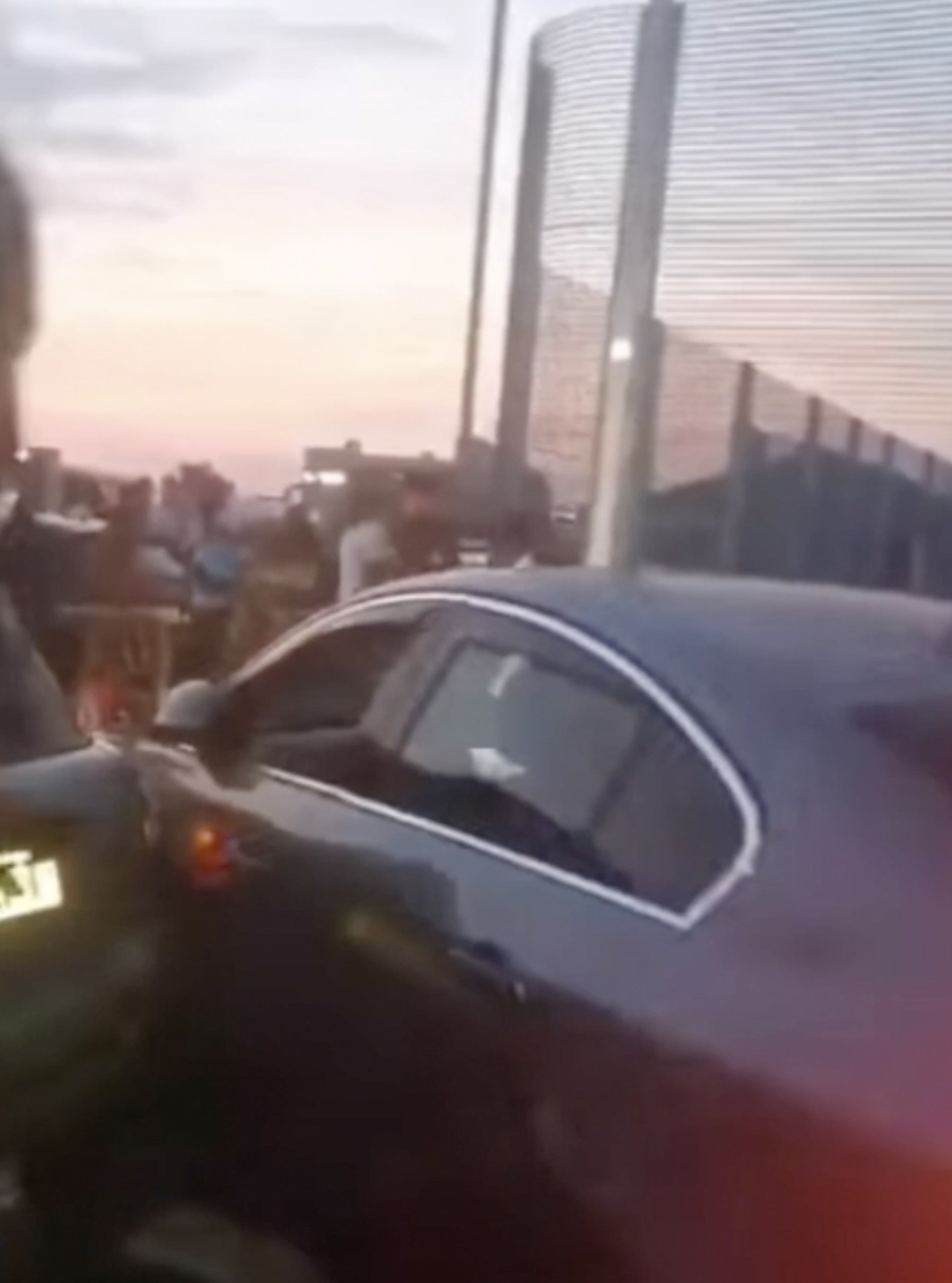 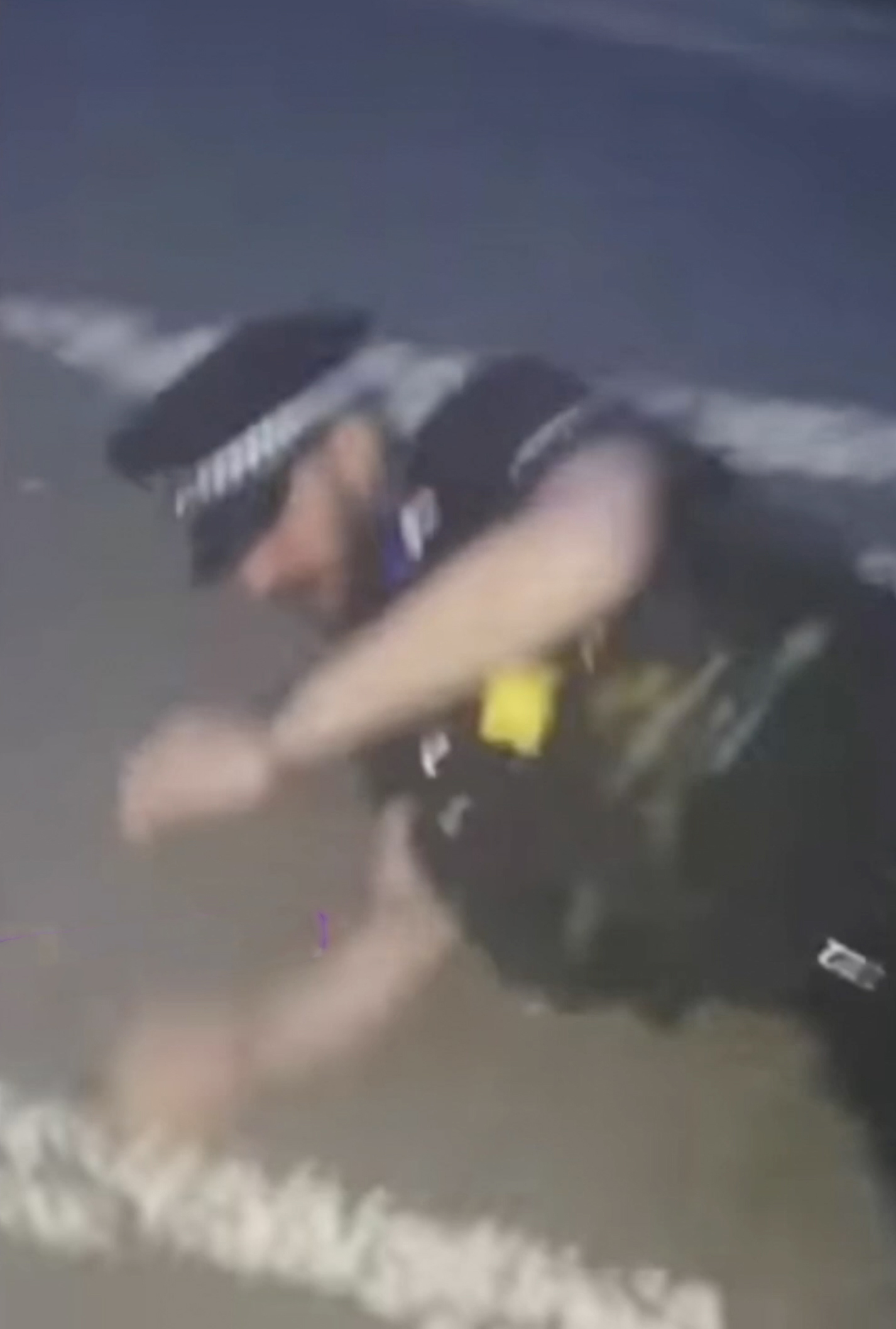 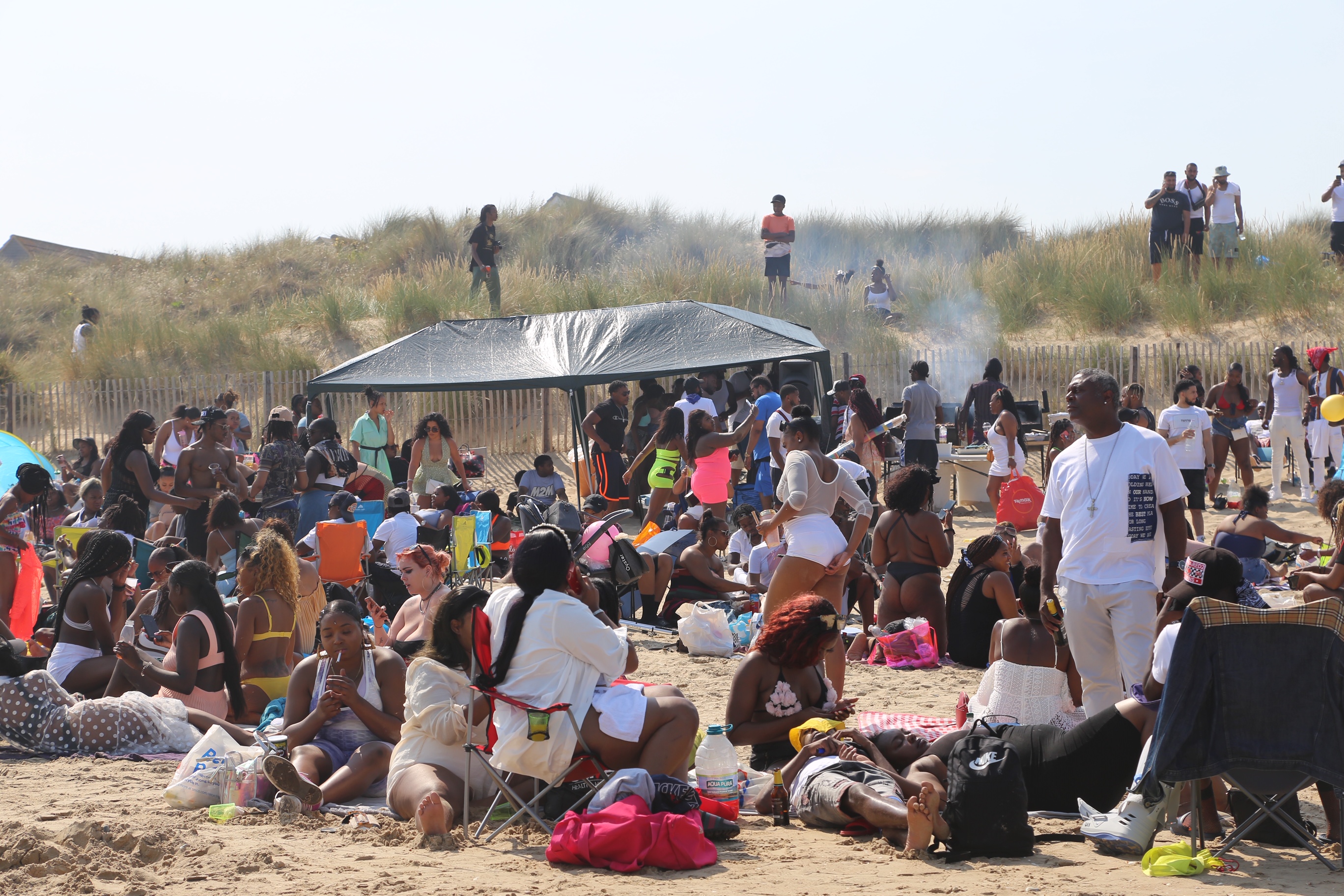 A driver is seen repeatedly trying to ram a smashed car into screaming revellers in a car park.

One cop is knocked to the ground and holds his arms up to protect himself.

Some of the crowd stopped to help the policeman to his feet, but others were filmed hurling missiles at officers.

Panicked revellers chase the car before trying to surround it as the driver attempts to flee the mayhem.

Partygoers paid £27.54 per ticket to attend the "beach cookout" which was advertised as being held at a "secret beach location from 12pm till late".

Families enjoying a day out were forced to leave as revellers flocked to the area, leaving poo strewn on the beach.

Four cops were injured after during the brawl at the car park, and a 29-year-old man from London was later arrested.

Furious locals complained after human waste, bottles of urine and massive piles of rubbish were left on the beach after the party. 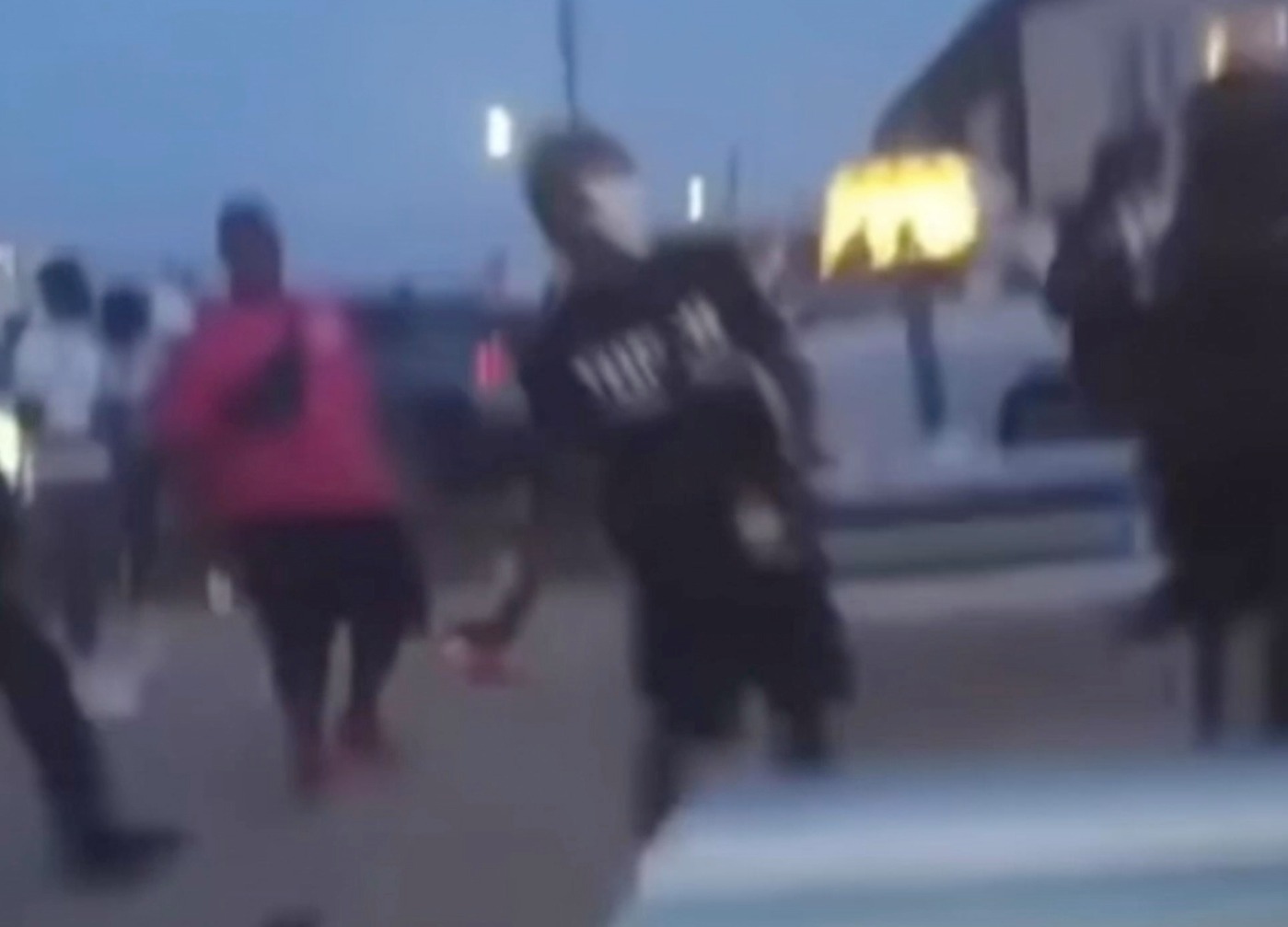 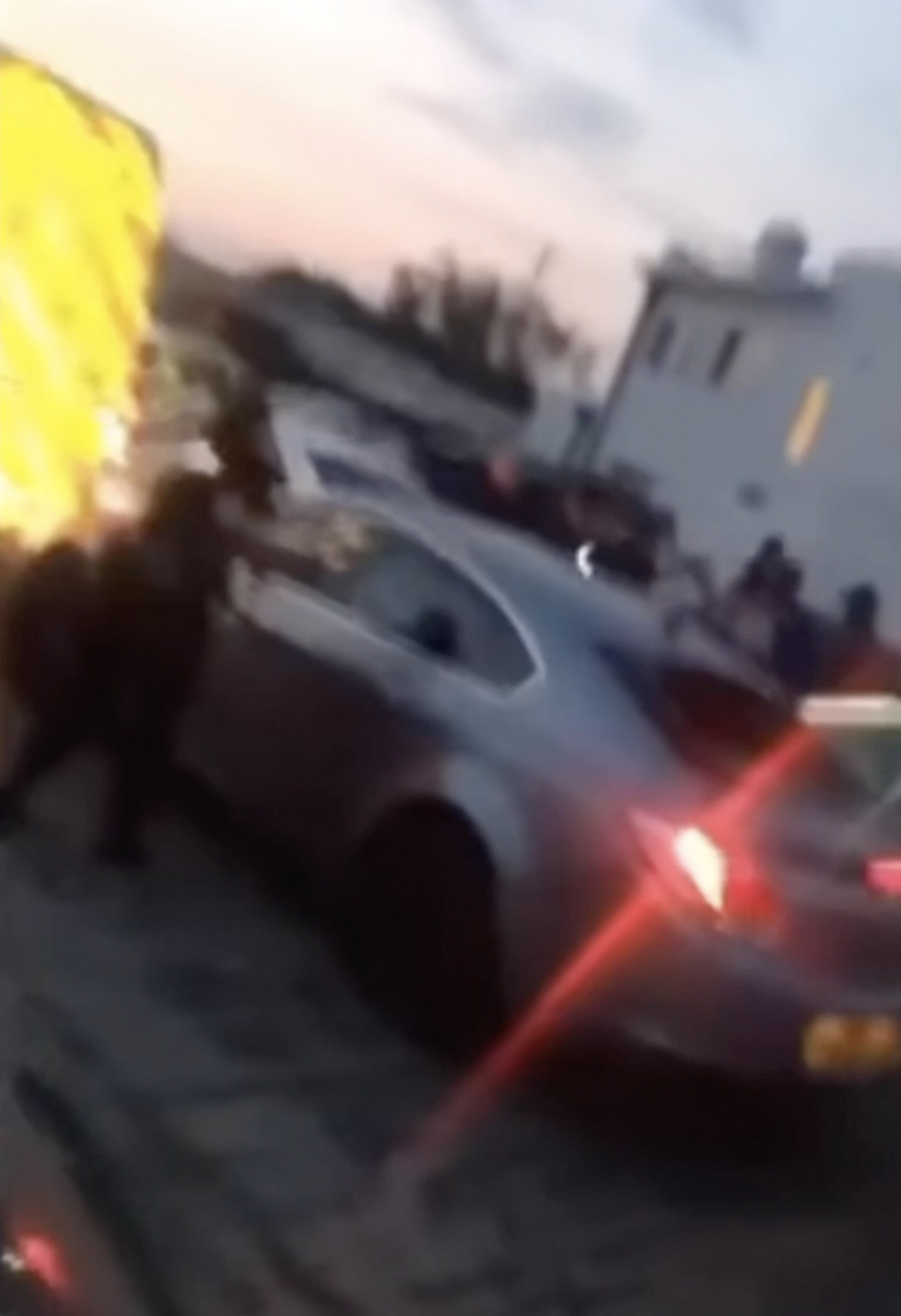 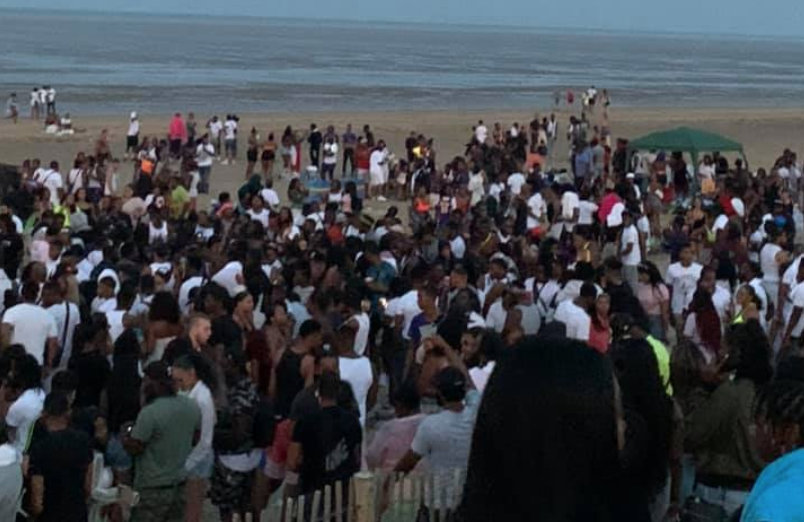 Flavour Boss director Orette Williams denied the rave was "illegal", and said the money they charged for tickets was to cover the three coaches and food given out at the event.

Mr Williams, of Croydon, South East London claimed he had permission for the event but it was withdrawn two days before after cops found out how many people would attend.

"It did get a bit out of hand, with regards to the social distancing," he told MailOnline. 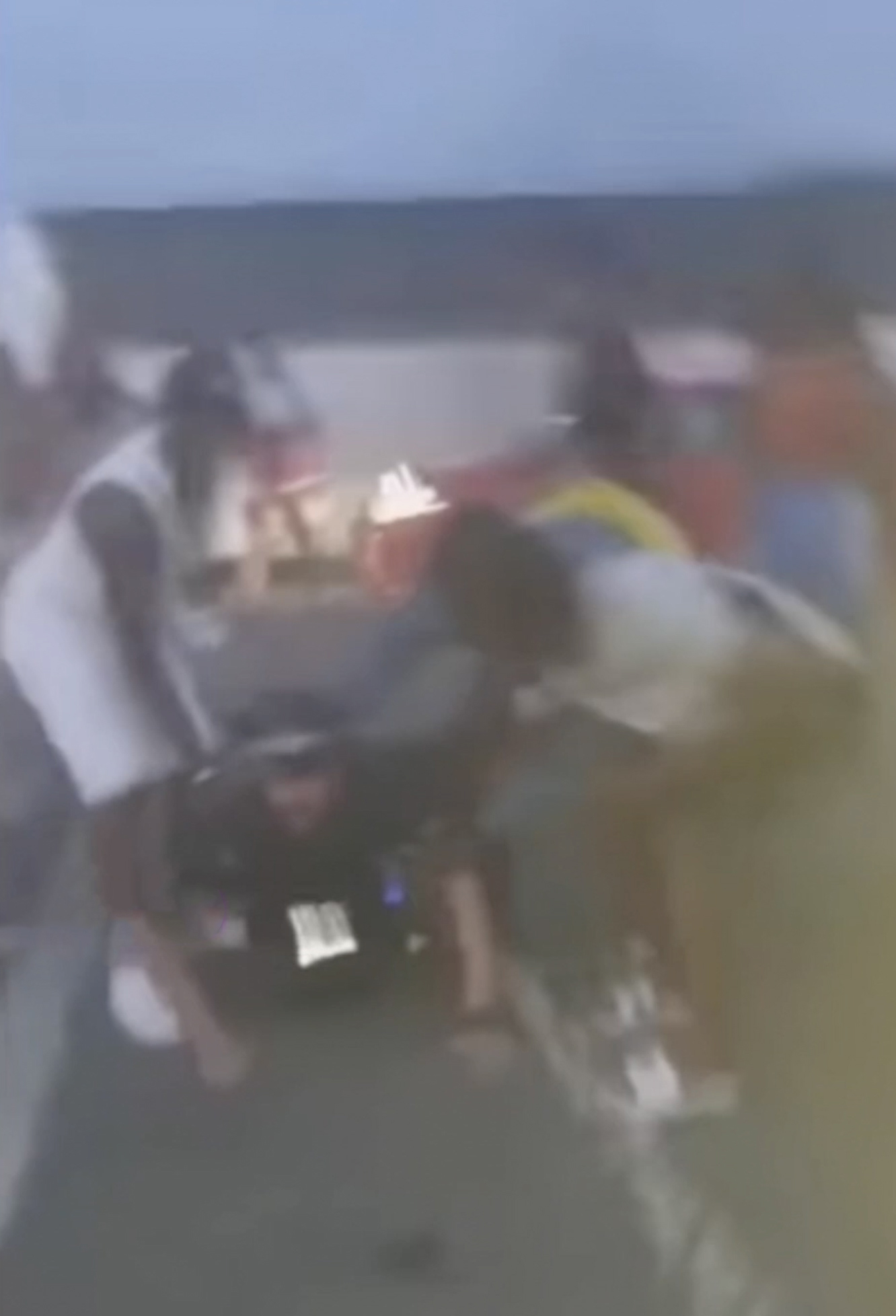 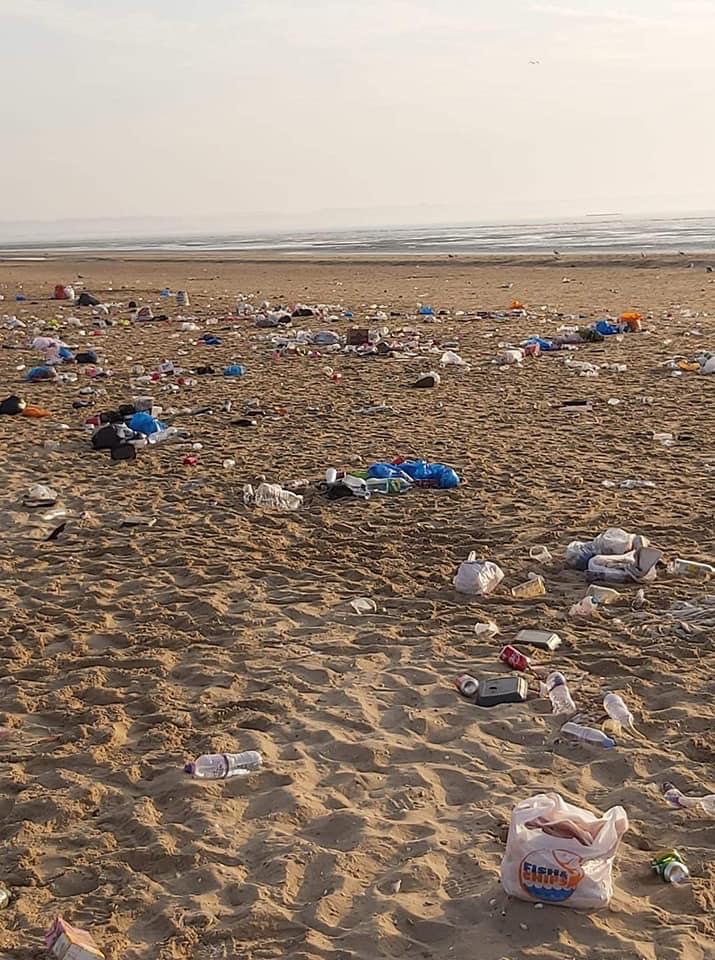 Three packed coaches, each with about 40 people on board, travelled from London to Greatstone beach, Kent Online reported

Local Jackie Ohara said: "Fighting kicked off badly outside mine. It was absolutely terrifying.

"Police made some arrests, it then escalated."

A police spokesman said: "Those attending the location were asked to consider the wider community and their personal responsibilities in order to control the spread of the virus.

"At around 9pm, there was a report of an altercation in a nearby car park.

"Four attending officers sustained injuries during the incident and were treated at the scene by the South East Coast Ambulance Service.

"A 29-year-old man from London was arrested." 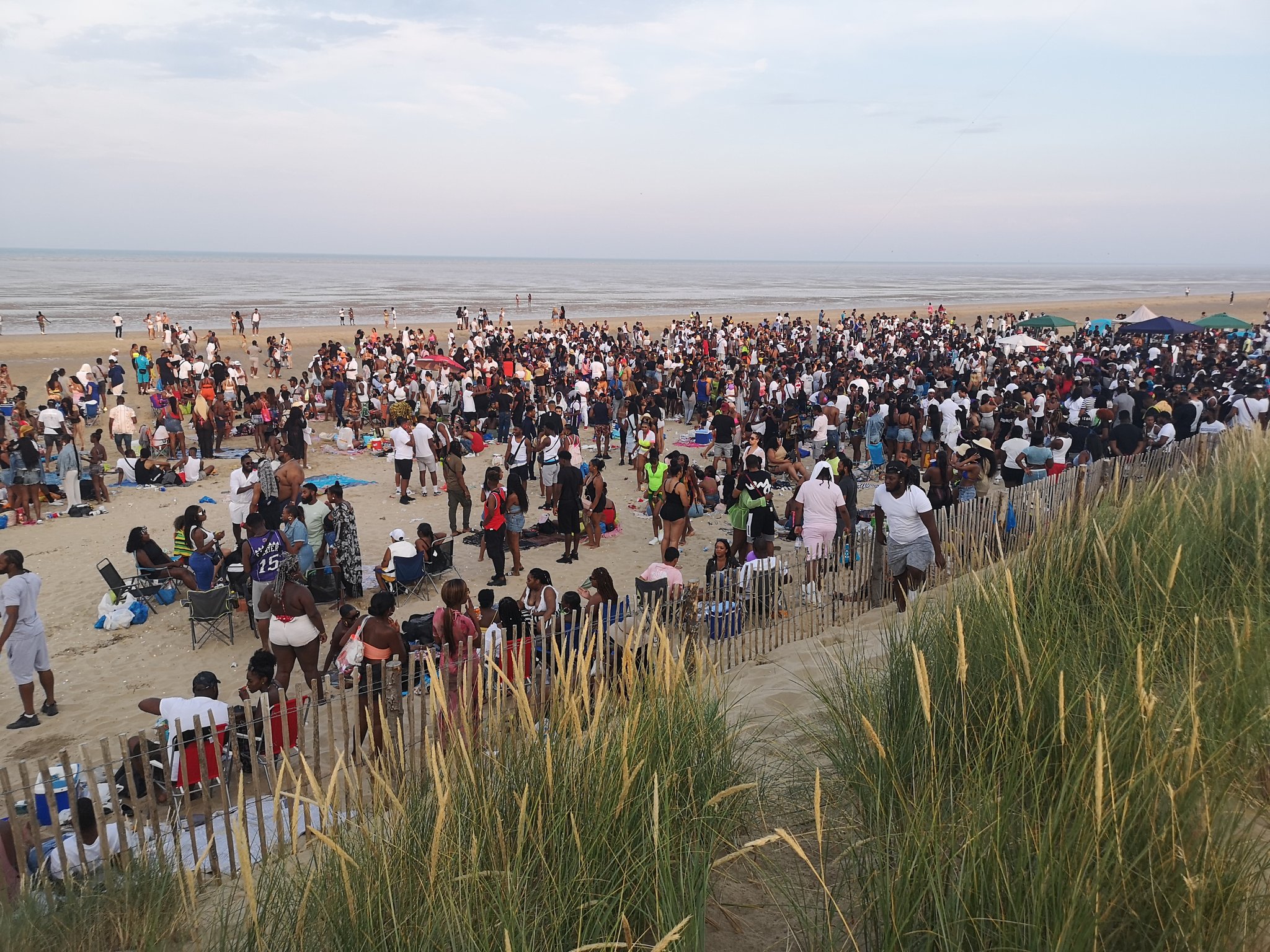 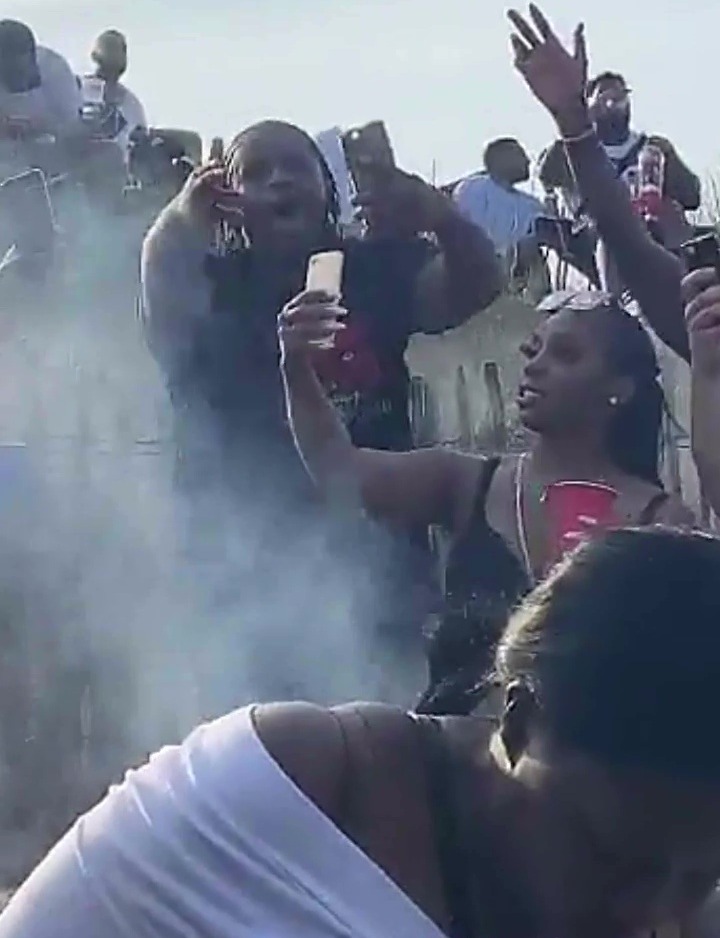 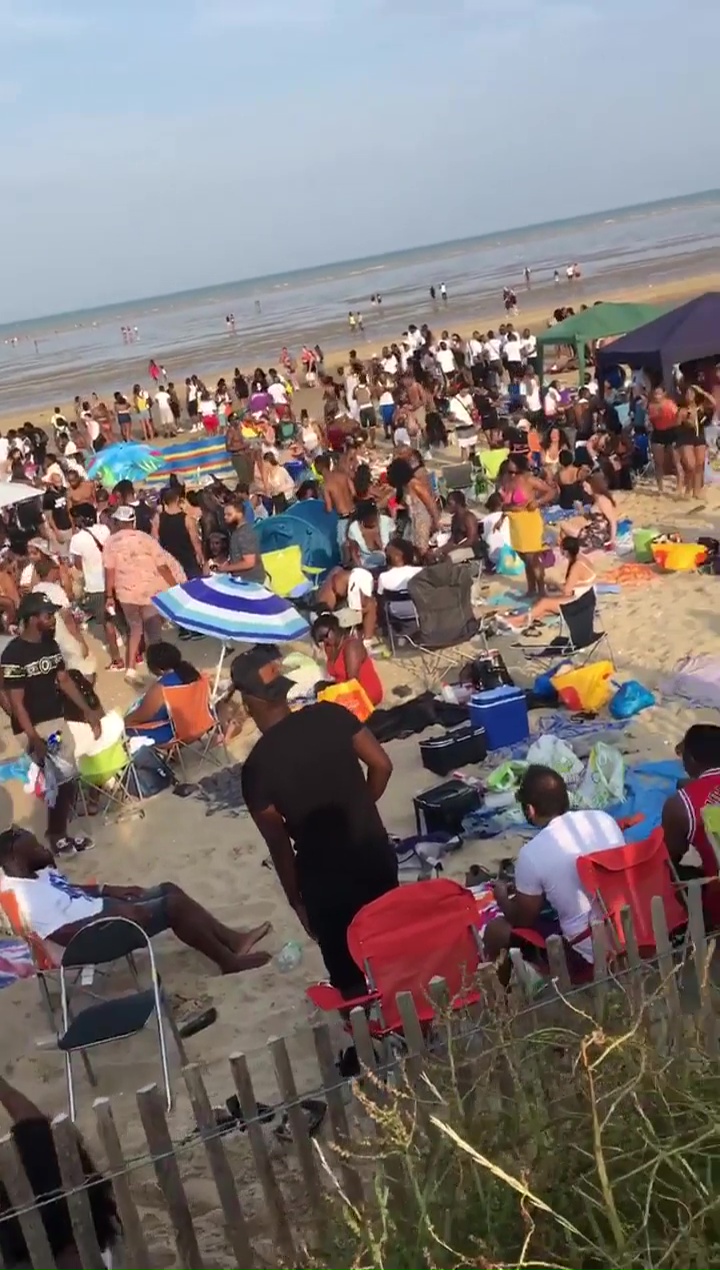