A flight passenger has accidentally deployed an evacuation slide while waiting to get off a plane at an airport in south-west China.

The man, surnamed Chen, claimed the cabin was ‘too hot and stuffy’ and opened an emergency door for some fresh air.

Mr Chen has been detained for 15 days. Chinese low-budget carrier Lucky Air claimed it would seek compensation from the traveller. 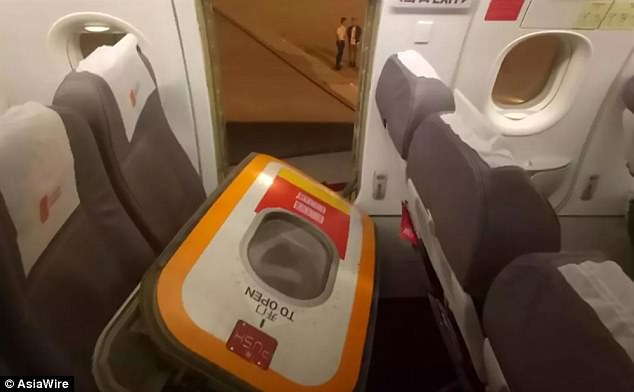 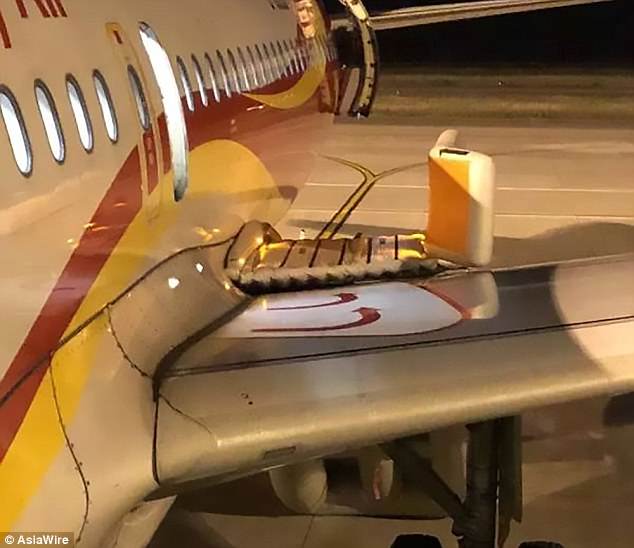 The incident happened after the plane landed in Mianyang Nanjiao Airport and parked at the apron on April 27, reported Guancha.cn.

The Lucky Air flight number 8L9720 took off at Sanya in Hainan Province in south China and landed in Mianyang after a two hour and 40 minutes flight, according to schedule.

Mianyang Nanjiao Airport posted a statement which said Mr Chen opened an emergency door on the left of the aircraft while other passengers were preparing to leave because the cabin was ‘too hot and stuffy’.

He lifted the latch and the evacuation slide deployed automatically.

He was later handed over to the Mianyang Public Security Bureau, whose personnel questioned and then detained him for 15 days. 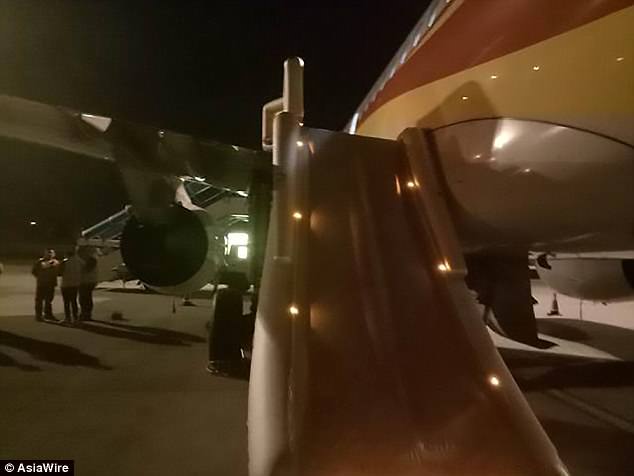 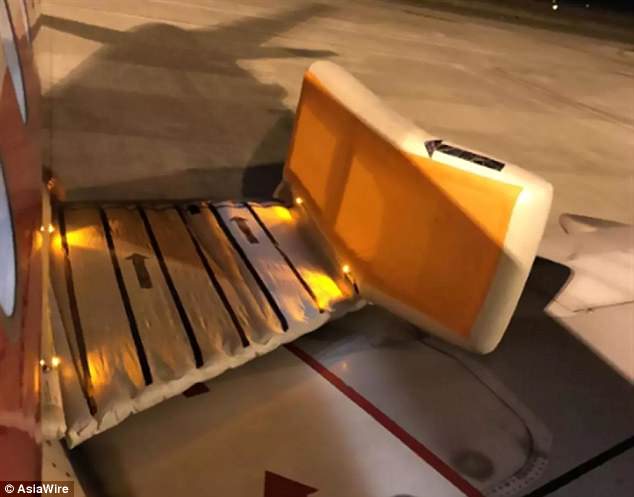 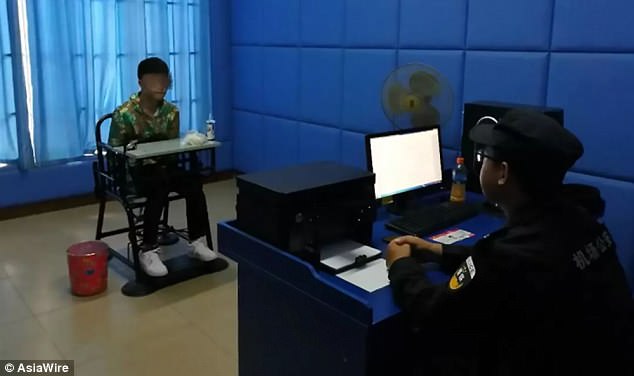 Mr Chen also claimed he had no idea that was the aircraft’s cabin door.

His stunt might also have damaged the evacuation slide, which would put the estimated damages at several times the aforementioned amount.

Lucky Air suggested it would seek compensation from the man.