Peacocks injured after tourists rip off their feather in Chinese zoo Four peacocks suffered at the hands of some unruly tourists when they had their feathers torn out in a zoo in eastern China on Saturday.

A video of the aftermath published by Beijing Youth Daily shows the featherless peacocks walking around in the enclosure at Zhuyuwan Zoo in Yangzhou, Jiangsu province.

The peacocks had their tail feathers almost completely torn out, according to The Paper, quoting Mi Shencun, who works at the zoo’s endangered species department. 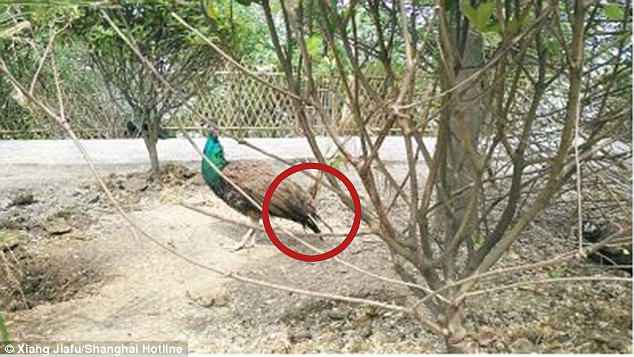 The injured peacocks have been quarantined for treatment and have been recovering, Mr Mi added.

‘The wounded peacocks have bled a lot. As the birds’ caretaker, this is really upsetting,’ he said.

‘These terrible actions are damaging to the birds – both physically and mentally.’

It is the second incident of its kind at the zoo, according to Beijing Youth Daily. 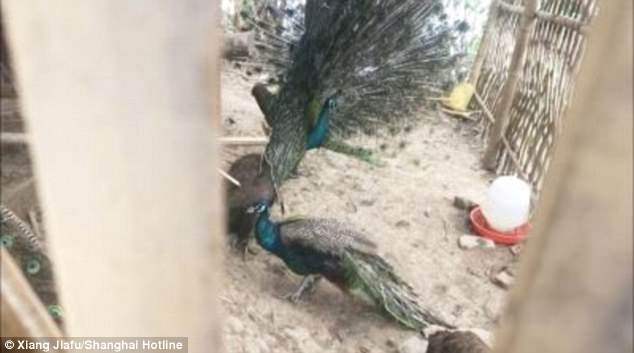 One of the injured peacocks seen in quarantine. Its feathers have been plucked by tourists

‘We ask tourists to respect and love our animals, and not to disturb them,’ Mr Mi said.

He added that the zoo management is considering barring the involved tourists. The zoo also said it would report future cases to the police.

There are a total of 41 peacocks living in the 2,000 square metre enclosure at the zoo, with only three staff members as their caretakers.

Spring is the mating season of peacocks, during which they will display their colourful train to attract females. 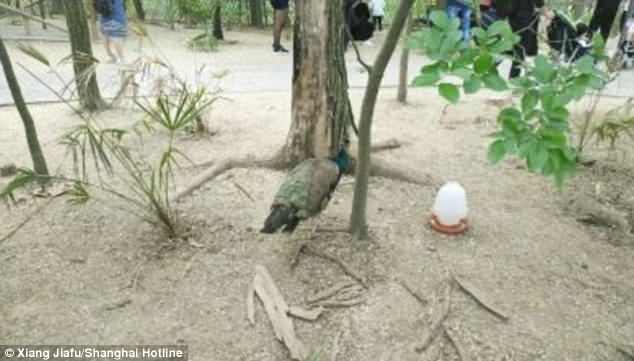 ‘It’s not about blacklisting the tourists or not – they should be held responsible by law,’ one commented.

‘They should get their hair plucked out as well – so they know how it feels!’ another said.

Two other peacocks at a zoo in Kunming in Yunnan province died last year after being mistreated by tourists who held them for a photograph and then tore off their feathers, according to South China Morning Post.