Peppa Pig, a popular British cartoon, has been banned on one of China’s most video platforms, presumably for being ‘subversive’.

The hashtag #PeppaPig (#小猪佩奇) has been removed from the Dou Yin app (抖音), along with more than 30,000 video clips under the hashtag, according to the Global Times.

A document that appeared to be an official guideline published by Dou Yin, also known as Tik Tok, listed Peppa Pig as one of the blacklisted items. 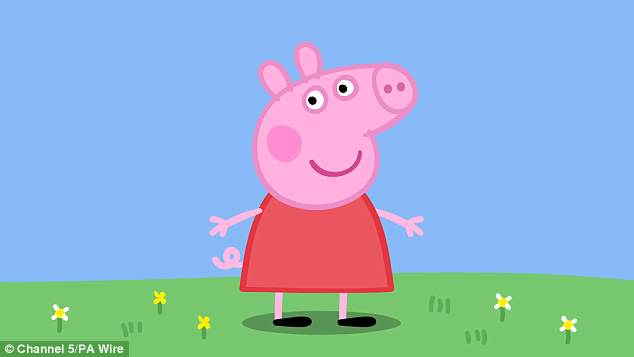 British cartoon Peppa Pig has recently been banned on one of China’s video platform, Dou Yin, presumably for being ‘subversive’. More than 30,000 clips have been removed on the app

The official reason for the ban is still unclear, but state media suspect it is due to the cartoon’s likely connection to the subversive sub-culture created among viewers in China.

Peppa Pig is not the first cartoon to ‘run into trouble’ with China’s online censors.

Winnie the Pooh, whose round face and belly was often compared to resembling the appearance of Chinese President Xi Jinping, has been blocked on Weibo last year. 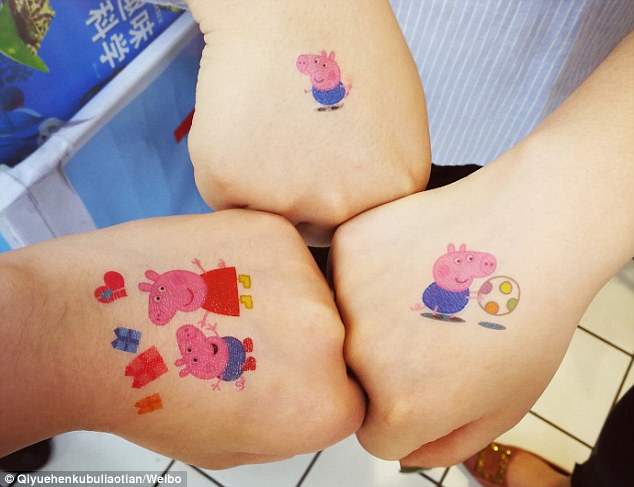 Dou Yin is thought to be the most popular video app in China at present. It allows users to upload 15-second home-made videos with popular music titles. One billion videos are being played on Dou Yin daily, according to Sohu.

Even though the British cartoon was targeted at pre-school audience, it has found mass appeal with Chinese young adults in recent months since it first aired in 2015.

Net users began referring to Peppa as ‘shehuiren’ (社会人), which literally means ‘societal person’, but it is often used as an euphemism for potential troublemakers or people who run counter to society’s norm.

They are also referred to people who are poorly educated with no stable job, ‘unruly slackers roaming around and the antithesis of the young generation the Party tries to cultivate’, the Global Times said. 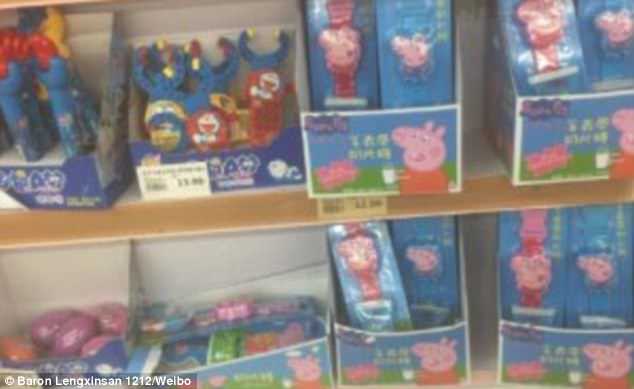 Peppa-branded merchandise on sale in a supermarket in China. The cartoon character has gained much popularity in the country since it first aired in 2015.

Reading between the lines of the characters’ conversations, net users soon realise the dark humour in the ‘not so simple’ cartoon.

This made the piglet an unexpected cultural icon in the country.

The fifth season of the cartoon released last October racked up 10 billion views across China’s social video platforms, according to Beijing Youth Daily.

The frenzy with the character also began when net users shared Peppa-branded merchandise such as clothing, books, watches, plush toys, key chains and even temporary tattoos. 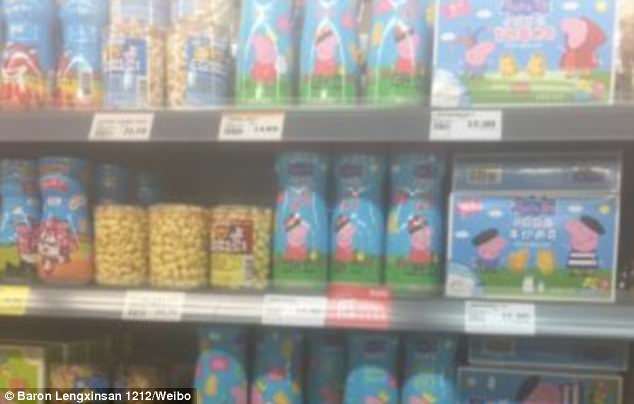 Peppa inspired products such as colouring books, snacks for sale in China

One of the first videos to gain mass popularity in China is when Peppa failed to learn how to whistle: In a phone call conversation with her best friend Suzy Sheep, Peppa complained that she couldn’t whistle and asks if she can.

Suzy, with no prior experience of whistling, succeeds flawlessly – to which Peppa responded by hanging up the phone.

This struck a chord with net users, with many commenting that this is ‘how fake friendships work’.