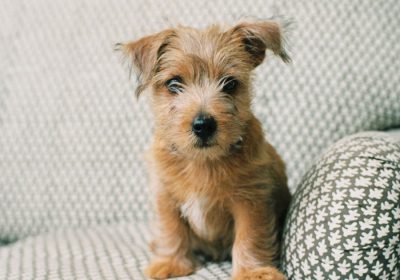 Calling all dog lovers! Sign up to TeamDogs for your weekly dose of dog news, pictures and stories.

A former pet owner has been banned from a rescue shelter after returning a puppy because it "didn't match the sofa".

The number of people wanting to be pet owners has surged during the pandemic, with many now working from home.

Claire Horton, the former CEO of Battersea Dogs and Cats home, said the surge in inquiries for adopting pets has said fewer animals are given up for rehoming.

This is down to people having more time for animals and finding they help during the lockdown, writes the Liverpool Echo.

But, it also meant people were willing to buy dogs off the internet, leading to an "industry in misery". Also, 10% of dogs are later returned to the charity, and one dog was brought back after the new owner complained it didn't match their furniture.

The former CEO said: “Usually it will be a very genuine change in circumstances, so it could be an illness. Someone might die.

"It might be a relationship breakdown, and people get divorced, and we see that a lot.”

Some families struggled to keep their dogs during the pandemic after losing their dogs, due to pet ownership and vet fees as well as insurance, Claire added.

She said: “Then we'll get people who will bring them back because they hadn't thought it was going to wee on the carpet or chew the bottom of their door.

“We've even had a dog come back once because it didn't match the sofa!”

The former CEO said while they never judge an adopter, the person is now banned from Battersea and their unwanted pooch found a loving home, while talking on BBC Radio 4's Desert Island Discs.

She said: “That's the point of the whole Battersea premise around ‘rescue is our favourite breed’.

"It's not about what breed it is, what colour it is.

"It's about just being a rescue, just being an animal that you've given a chance to that needs a wonderful life and is begging for a fantastic home.

"And all it wants is love. And what you'll get back from that is unconditional loyalty and love forever.”

Have you adopted a pet in lockdown? Let us know in the comments