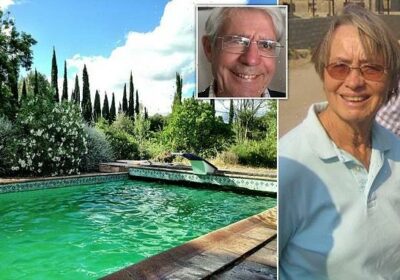 PICTURED: Millionaire couple who were found dead in pool at isolated French villa – as police reveal the wife drowned while trying to save her husband after he ‘suffered a fatal heart attack’

A British wife drowned trying to save her husband after he apparently had a fatal heart attack in the swimming pool of their luxury villa in France.

Diana Shamash, 80, leapt into the water fully clothed to try to help property mogul David, 82, at the couple’s holiday home near Montpellier.

But she was dragged under by the weight of her clothes, said police in the south of France.

The couple were discovered by friends who arrived for a dinner party at the isolated property last Saturday. It is feared they could have been in the pool for days as they were last heard from the previous Wednesday evening. 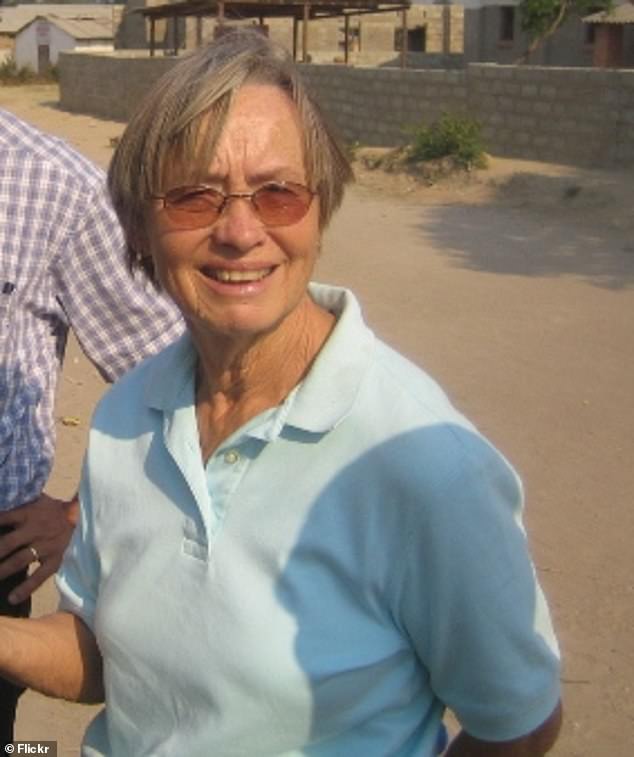 Diana Shamash, 80, pictured, leapt into the water fully clothed to try to help property mogul David, 82, at the couple’s holiday home near Montpellier

‘The house is set well away from any other ones, so nobody would have been able to hear their cries for help,’ a senior investigating source told the Daily Mail.

‘But what we do now know is that Mrs Shamash was fully clothed, and wearing her shoes, when she jumped into the pool to save her husband after he suffered a suspected heart attack.

‘She undoubtedly found it very difficult to float in these circumstances and sank in the water.’

Detectives working on the case have pieced together what happened with the help of post-mortem examinations carried out on Thursday. ‘The timeline of events appears to rule out foul play. This was a very tragic accident,’ said the source.

One line of inquiry is whether the pool was heated, as cold water is a notorious killer in hot weather. It has a deep end of more than 7ft and a diving board.

The area is dotted with million-pound properties, many owned by British people attracted by the Mediterranean climate.

The Shamash home, near the picturesque market town of Gignac, is set in isolated countryside and shielded by trees. There is a lavender farm close by, and small clusters of properties. But all are well out of earshot of Villa Maria, one of the couple’s many properties.

Mr Shamash was director of ten property businesses with assets of over £5million, and secretary of another four worth the same amount again.

He and his wife also owned a sprawling country farmhouse in the village of South Fawley, Berkshire, and an apartment above the official Tintin shop in Covent Garden, central London.

The couple would visit their French holiday home three or four times a year for three-week breaks. They were due to return to the UK this coming Monday and were already planning their next trip when they died.

A close friend in South Fawley said: ‘They phoned up to say they had booked flights to return back out in October on the Wednesday before they were found. It is just a tragedy. They loved France, they wanted to spend as much time as possible there. The television here [in South Fawley] is in French, and they speak it fluently.’

Another friend added: ‘You wouldn’t meet a more dedicated couple, honestly. They were devoted to each other, such a lovely couple.’ 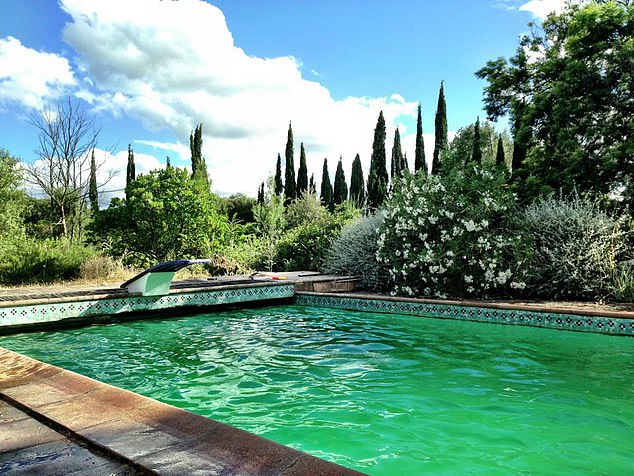 Luxury: The pool where the couple were found after Diana rushed to her husband’s aid. The couple had two children

In recent years the couple had put their fortune to good works, setting up the Covent Garden Group Foundation charity. It states its aims as the ‘relief of poverty throughout the world but with an emphasis on South East Asia’ as well as ‘treatment and prevention of blindness’. Pictures also show Mrs Shamash on a mission abroad with Action Against Hunger. Mr Shamash, an Oxford graduate, ran his property empire along with his son Anthony, 56, while his daughter Nicola, 58, lived down the road from them in South Fawley.

The devastated children flew out to France to identify their parents’ bodies this week.

Mr and Mrs Shamash also doted on their five grandchildren. ‘They had so much to live for,’ said a friend. ‘He was a big noise up in London, and was still working from home. She was always in the garden. She had her own studio where she made picture frames. They were both as fit as each other. It’s just awful.’

The couple were popular in South Fawley, where they would give away fruit from their trees, grapes, and eggs from the eight chickens they kept.

The animal lovers also had an alpaca, nine sheep, and three cats, while their gardens at the property worth an estimated £1.2million were said to be the envy of the neighbours.