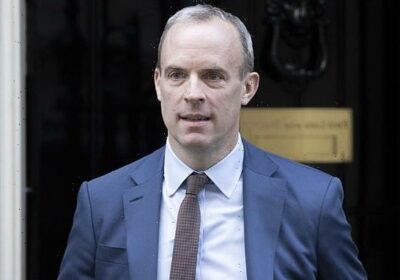 Rishi Sunak has appointed a top barrister to investigate bullying allegations against his deputy Dominic Raab.

Adam Tolley KC has been employed to lead a probe into claims about the Justice Secretary’s behaviour.

Mr Raab, who is also Deputy Prime Minister, is facing two formal complaints about his conduct while he was foreign secretary and during his first spell in the Ministry of Justice.

Mr Sunak last week agreed with Mr Raab’s request for an ‘independent investigation’ into the allegations, which the Cabinet minister has vowed to ‘thoroughly rebut and refute’.

Downing Street has now decided that Mr Tolley will lead that probe, during which will be supported by Cabinet Office staff. 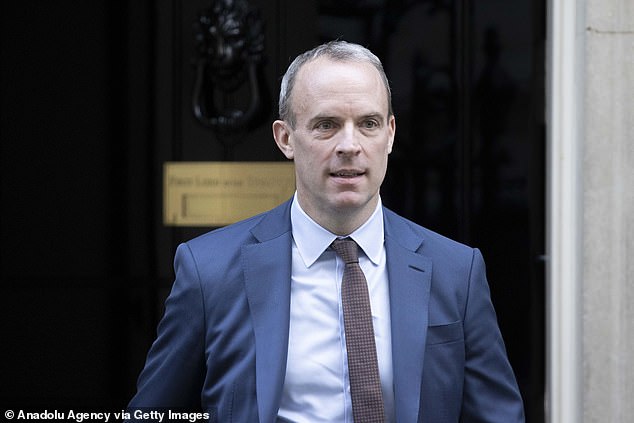 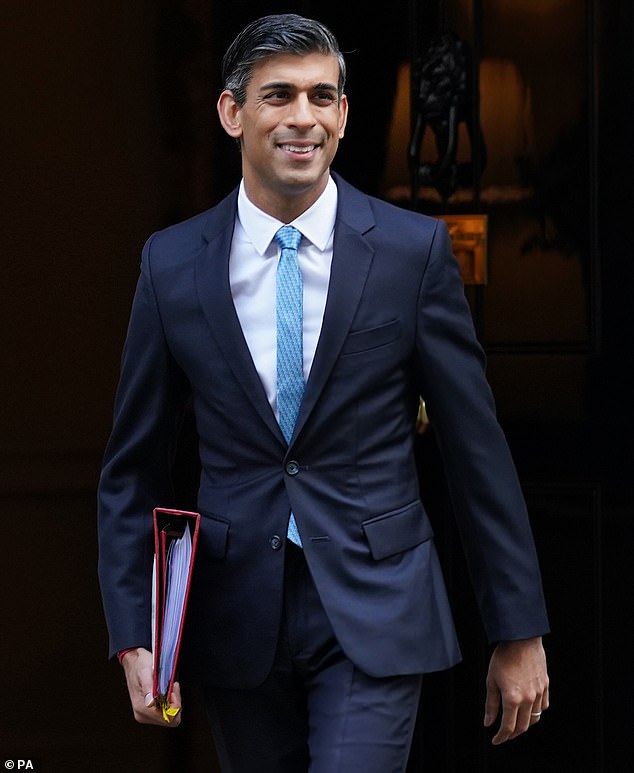 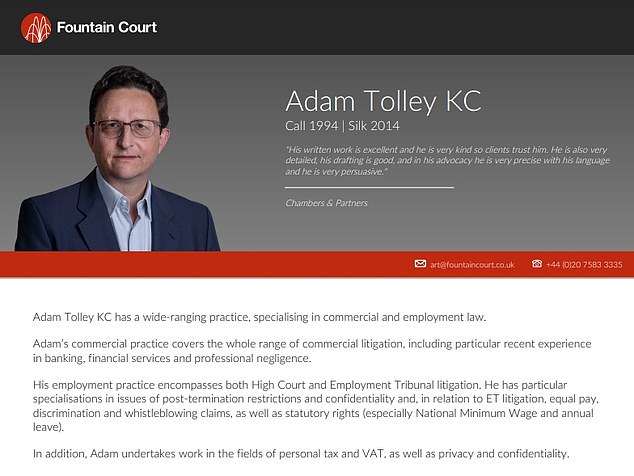 ‘He’s been asked to look into those two formal complaints to establish the facts.’

Both the formal complaints against Mr Raab were lodged on 15 November, the day before the Justice Secretary requested the investigation into the allegations.

No10 today suggested the probe into Mr Raab’s behaviour could yet be widened, with reports he might soon be facing multiple formal complaints from civil servants.

The PM’s spokesman said Mr Tolley would ‘be able to discuss, should he wish, any changes to scope beyond those two formal complaints’.

Mr Raab last week dismissed claims he had once hurled tomatoes from a salad across a room in a fit of anger.

Amid a slew of allegations about Mr Raab’s past behaviour, Lord McDonald – who was the top civil servant at the Foreign Office when Mr Raab led the department – recently claimed staff were ‘scared’ to enter the minister’s office.

Mr Tolley is a barrister at Fountain Court chambers.

He represented King Charles in a tribunal case in 2005 when a former secretary of the then Prince of Wales lost her case for unfair dismissal and sexual discrimination at Clarence House.

Mr Tolley is described as ‘an encyclopaedia of employment law’ and specialises in disputes between workers and their bosses.

No10 said a report of the KC’s investigation would be ‘published in a timely way’ and confirmed Mr Tolley would have ‘access to all the information he wishes to see’ as he conducts his probe.

But Downing Street did not commit to the probe being completed by Christmas.

‘We want this to be done as swiftly as possible, but we don’t think it’s right to put a specific timeframe on the work of an independent investigator,’ said Mr Sunak’s spokesman.

No10 added Mr Tolley was ‘not required’ to pass judgement on matters of employment law or the ministerial code, but said it would be ‘up to’ Mr Tolley to decide whether he referenced either in his final report.

Downing Street stressed that Mr Sunak himself would ‘remain the arbiter of the ministerial code’ and the PM would make decision on any potential breaches of ministerial rules.

In 2020, then PM Boris Johnson ignored the findings of an independent adviser when they ruled Priti Patel, who was home secretary at the time, had bullied civil servants.

Sir Alex Allan, who was Mr Johnson’s first ethics adviser, quit after his conclusions about Ms Patel were overruled.

Mr Sunak has promised to appoint a replacement to Lord Geidt but has still yet to do so after almost a month in No10.

The PM’s first few weeks in power have been dominated by controversies over his top ministers, including Mr Raab, Home Secretary Suella Braverman and Gavin Williamson – who quit as a Cabinet Office minister earlier this month over separate bullying allegations.