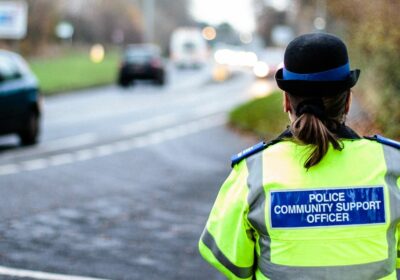 Police could go back to Dixon Of Dock Green “evening all” greetings – after politically correct bosses banned them from calling people “sir” or “ma’am”.

Actor Jack Warner’s “gender-neutral” phrase – which he gave in every episode of the BBC cop series from 1955 to 1976 – gets a thumbs-up from today’s PC police chiefs “Evening all” would be a suitable greeting according to guidelines for LGBT+ support officers in Hertfordshire, Bedfordshire and Cambridgeshire.

Their training advises them to “avoid making assumptions about a person’s sexual orientation or gender identity".

In training, officers are asked to talk about their own partners without using “gendered terminology such as husband, wife, he or she”.

Instead, officers have been told to use terms such as ‘you’, ‘everyone’ and ‘all’.

Insp Steve Alison, chair of Herts Police LGBT+ Network, said: “‘Our newly trained officers will now be out in their communities.

"This work is so important; nobody should be made to feel unsafe because of their sexuality or gender identity."

Hertfordshire police said: "The LGBT+ community has faced huge discrimination. It is our job to help those in need. Encouraging small actions by our LGBT+ liaison officers, such as using gender-inclusive language, can go a long way in helping to gain the LGBT+ community’s trust."

However, ex-cop Harry Miller said it was “totally irrelevant to catching criminals.”

And, Hertfordshire Tory MP Oliver Dowden said cops should not waste time trying to “condition officers who extend a basic courtesy to people they serve".

But the news comes just days after police forces in England and Wales were told to identify transgender victims of crime by their birth sex in official statistics.

A spokesperson said the change will be made permanent in 2023.