Police are looking for a cyclist who leaned into an ambulance’s window and spat in a paramedic’s face before cycling away without saying anything.

The paramedic was driving the emergency vehicle on Croydon Street in Bristol during the lockdown in May when the cyclist spat at the NHS worker.

And SWASFT is working with Avon and Somerset Police to appeal for help from the public to find the cyclist. 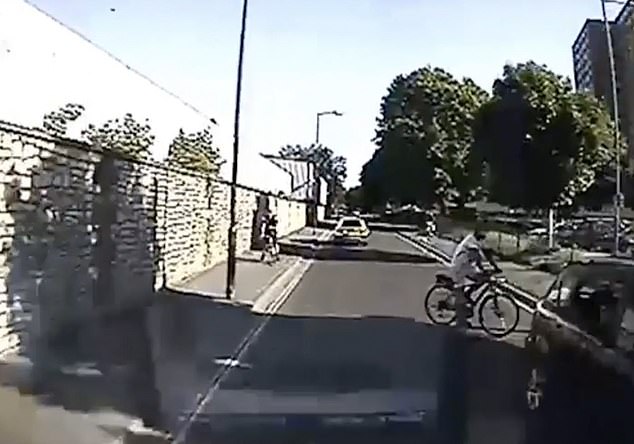 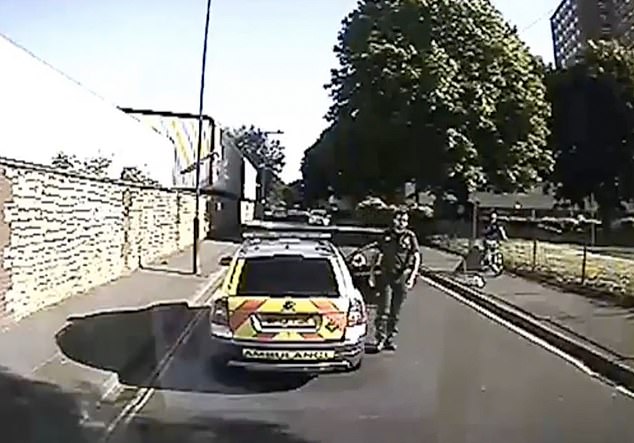 Dave Manners, Deputy County Commander for SWASFT in Bristol, North Somerset, and South Gloucestershire, said: ‘We condemn this deplorable assault on our paramedic while they were on duty driving an ambulance.

‘Nobody should have to face this kind of disgusting behaviour, especially not a healthcare professional working tirelessly during a global health pandemic.

‘Our people are there to help you, your family members and friends, often at the most difficult of times.

‘Please join us in supporting the police appeal to find the person responsible for this attack on one of our family, and bring them to justice.’

And an Avon and Somerset Police spokesperson added: ‘We’d ask anyone who can help us with our investigation into this incident to get in touch with us on 101 or via our website, quoting reference 5220105782.’

Ambulance crews and control room staff reported 290 incidents during the first ten weeks of lockdown, from March 23 to May 31.

This figure is significantly higher than 199 incidents during the same time period in 2019.

Jenny Winslade, SWASFT Executive Director of Quality and Clinical Care, said: ‘We urge the public to respect our people.

‘They demonstrate dedication and courage every day, putting their own health at risk for the sake of others.

‘But sadly they face violence and aggression every day while they are trying to protect and save our patients’ lives, which is completely unacceptable.

‘Any incident of violence and aggression can have serious consequences on them, their families and colleagues.

‘We support whatever action is necessary to protect our staff from harm, and ensure those responsible for any attacks are prosecuted.’

The £Unacceptable campaign, which was launched in 2018, aims to highlight the abuse and assaults faced by emergency services workers while on the job.

It reminds people that assaults of this nature are unacceptable, and are a crime under the Assaults on Emergency Workers (Offences) Act 2018.

SWASFT is encouraging people to share social media posts in support of the campaign to spread the message as far as possible.