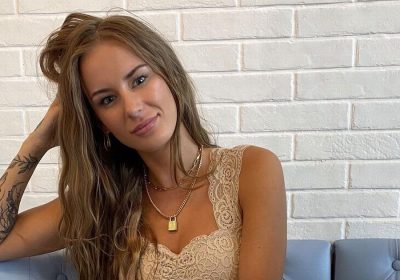 Seven months after an Instagram star's dead body was found naked on the side of the road, police are still searching for her killer.

Alexis Sharkey, 26, vanished from her home in Houston, Texas, in November 2020 and was then spotted four miles away on a side of the road.

A binman initially mistook her corpse for a mannequin as he drove past, and it wasn’t until closer inspection that it was revealed to be a body.

An autopsy revealed the Instagram influencer, with 71,000 followers, had been strangled – although she had no visible injuries.

Her death was ruled a homicide, but no arrests have been made more than seven months after she was found.

Family described her as a businesswoman who shared her life of travelling with the world through Instagram.

She had reportedly been spending Thanksgiving with a friend and had contacted friends the day before she went missing.

Police believed her body had been stashed overnight, according to local reports.

John Richardson, a supervisor for Houston’s Waste Department, told KTRK that a colleague called him after spotting the corpse.

He said the social media user had been carefully placed in a bush along the road.

The announcement as to Alexis' cause of death was made by the Harris County Institute of Forensic Sciences.

Sharkey’s grieving mother opened up this week about her battle to say a final goodbye to her daughter.

Stacey Robinault told FOX 26 she didn’t think she’d get to see her daughter as she fought to get access to her body. The influencer’s husband was her next of kin, Fox reported.

"I didn’t think I was gonna get her, and I had actually given up hope when all of the sudden the forensics lab called me," she said.

"As her husband, he would have primary custody of what determined what happened with her, and he had said all along that he was willing to let her come home."