Police warn they will seize privately-owned e-scooters on pavements 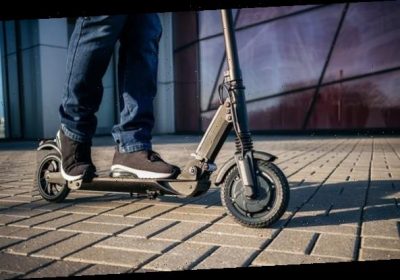 Police warn they will SEIZE privately owned e-scooters if they are driven on pavements, roads or in public places

People riding their brand new electric scooters given to them for Christmas face points on their licence and having their vehicle seized, police have warned.

Privately owned e-scooters cannot be ridden on pavements, roads or in public places, unlike those rented through schemes operated by local councils.

Nottinghamshire Police are urging people to read up on the law and are trying to dispel and address some of the myths about where you can and can’t ride e-scooters.

The force has already targeted areas of Nottingham such as the suburb of Clifton, where e-scooters are popular. 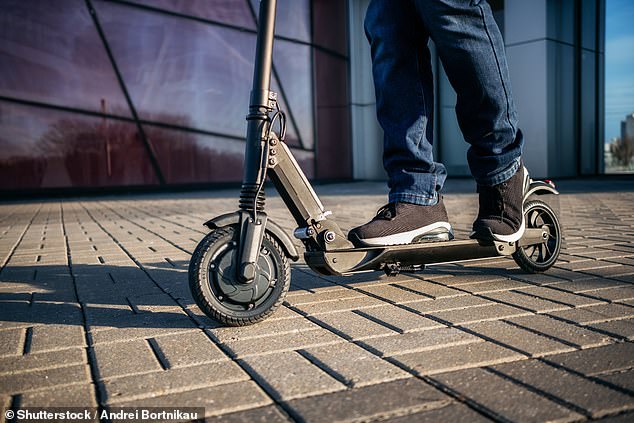 People riding their brand new electric scooters given to them for Christmas face points on their licence and having their vehicle seized, police have warned

Neighbourhood Policing Inspector James Walker, of Nottinghamshire Police, said: ‘It is against the law to ride privately owned electric scooters on public roads and locally.

‘The force has undertaken an operation targeting the illegal and antisocial use of vehicles in Clifton.

‘Operation Scribbler is part of that activity and has seen officers proactively targeting illegal off-road bike or illegal motor vehicles that cause antisocial behaviour or are being driven in a way that is dangerous.

‘Where appropriate officers will seize, and have seized, vehicles that have been driven or ridden illegally or consistently in an antisocial manner.

‘Using e-scooters on the roads is legal if there are hired from Nottingham City Council as part of a national trial and ridden in the defined area.

‘These are easily identifiable as they are bright yellow. However, it is really important to remember that other forms of e-scooters still remain illegal to use on roads.

‘It is also important to understand that in order to use a rental scooter, the rider must be aged 16 or over and hold at least a provisional driving licence.’ 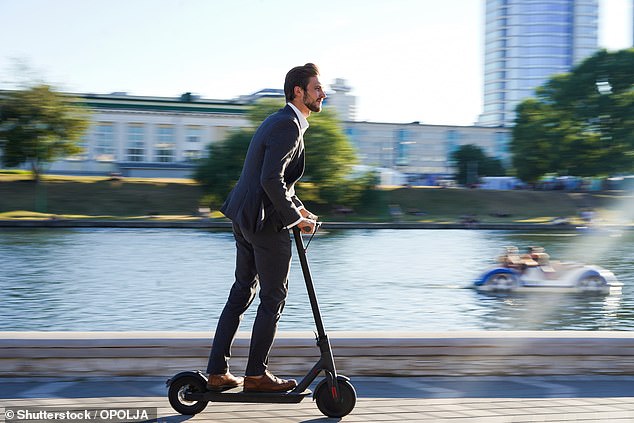 Privately owned e-scooters cannot be ridden on pavements, roads or in public places, unlike those rented through schemes operated by local councils

E-scooters are currently classified as Personal Light Electric Vehicles (PLEVs) so they are treated as motor vehicles and are subject to the same legal requirements as any other motor vehicle, requiring insurance, a valid driving licence, and compliance with various construction and use requirements.

Police Constable Adam Smith from Nottingham’s The Meadows Police neighbourhood team is keen for residents not to fall foul of the law.

He said: ‘We understand that e-scooters are a tempting option for a New Year’s treat, but we would urge people to fully understand the law and the implications of using an e-scooter on a road or other public place.

‘The safety of all road users is our priority and the last thing we want to do is to ruin a present by reporting them to the courts and taking away a much-loved and expensive Christmas gift.

‘We are keen for the community to know the law. In particular we are keen to hear any anti-social behaviour reports such as dangerous riding of the vehicles and the risk to the greater public following any collisions.

‘Thankfully we’ve had no incidents of any collisions and we’ve not had to fine anyone or dish out any warnings so far.

‘The possible punishment for any use of e-scooters with no insurance would be a six point off their record.

‘Also, e-scooters can also be seized under section 165 powers, the same as any other vehicle with no insurance.’

In July of 2020 the UK Government introduced legislation trialling the use of e-scooters, through local authorities, for a period of 12 months via approved rental companies.

While e-scooters are legally available to purchase, it is currently against the law to ride a privately owned e-scooter in any public place in the UK.

This includes roads, pavements, parks, town centres or promenades. The only place a privately owned e-scooter can be used is on private land with the agreement of the land owner.