Polish industry bosses say they are facing a shortage of workers From behind the wheel of his new Mercedes, a Polish entrepreneur eyes the bus in front of him.

It features an ad from an employment agency boasting ‘Builders, welders: workers from Ukraine and Bangladesh’.

Speaking of the Warsaw logistics company he manages, the entrepreneur tells AFP: ‘Right now we mostly take on Ukrainians and some Belarussians.’

‘We practically no longer have Poles. They’re all working in Germany or Britain,’ he said on condition of anonymity.

Demographers believe the situation will only get worse, posing a threat to Poland’s continuous streak of economic growth since the fall of communism in 1989. 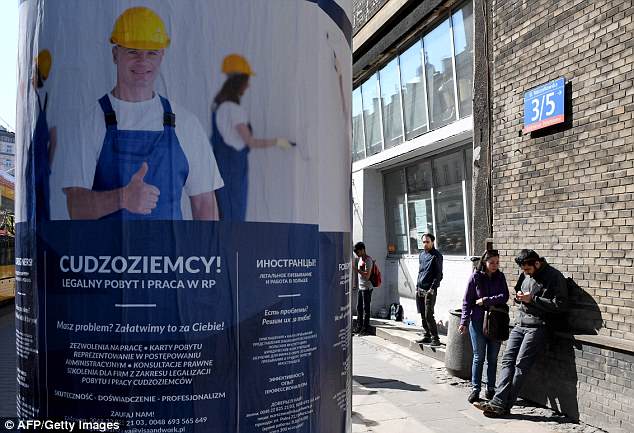 The current child-rearing generation is having only half the number of children than those born in the post-WWII baby boom.

Combined with the exodus of skilled workers to Western Europe, where salaries are higher, the result is that a labour shortage looms.

According to official forecasts, by 2030 one in five jobs will be vacant.

Poland’s economy will need 20 million workers at a time when the working age population will be down to 16 million people.

The agricultural sector, at least, is not short on workers, who work on millions of small farms and are more numerous than their French or German counterparts.

But shifting some of those workers away to other sectors will not be enough to solve the manpower problem elsewhere. 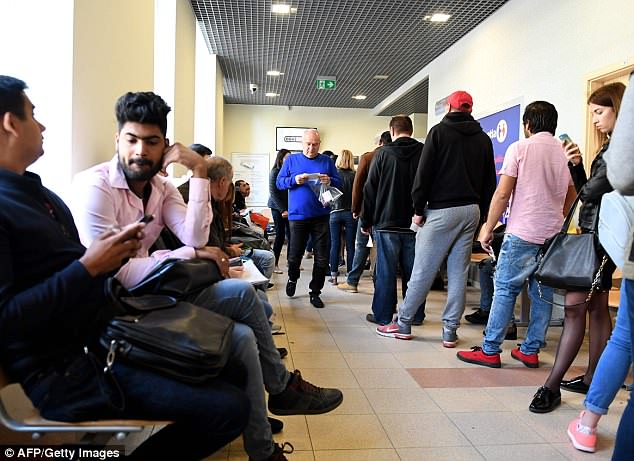 Demographers believe the situation will only get worse, posing a threat to Poland’s continuous streak of economic growth since the fall of communism in 1989

Nor can the hole be plugged by hiring the jobless – the unemployment rate was 6.6 percent last month. And encouraging older workers to stay on past retirement age won’t be a solution for all jobs.

In the construction sector, the deficit is already at 100,000 people, according to the deputy president of Poland’s union of construction employers, Rafal Baldys Rembowski.

The country’s biggest construction firm Budimex, which is controlled by Spain’s Ferrovial, is on the hunt for 1,000 extra workers, according to spokesman Krzysztof Koziol.

‘We’re seeing a labour shortage in our company, but the same goes for our subcontractors, who are also complaining,’ he told AFP.

‘Sometimes they offer to provide us with construction equipment but then add that they don’t have anyone to drive it,’ he added. 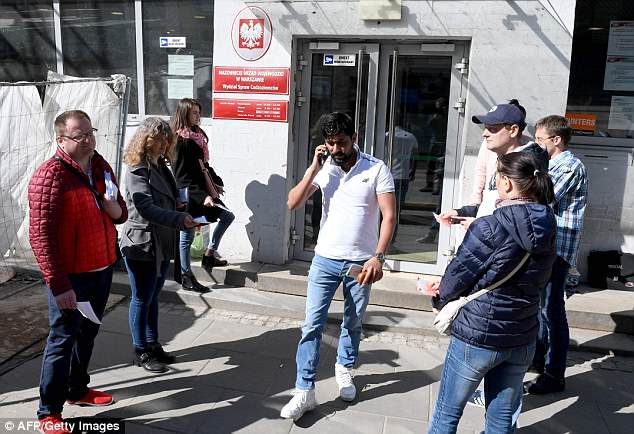 Combined with the exodus of skilled workers to Western Europe, where salaries are higher, the result is that a labour shortage looms. Pictured, a man leaves the regional department of foreigners’ affairs 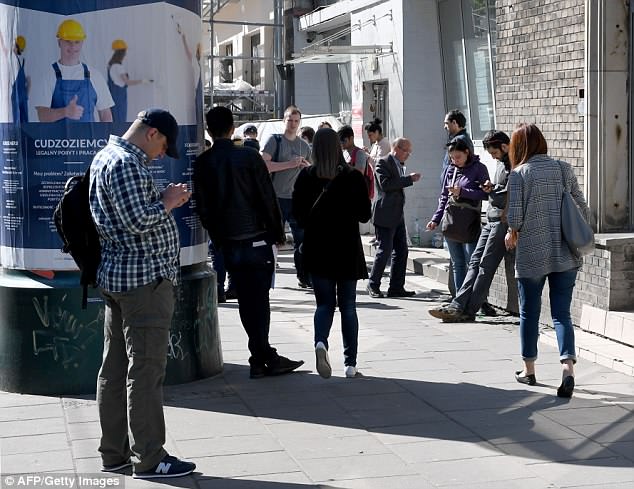 People wait in front of the regional department of foreigners’ affairs in Warsaw, Poland

Despite recent legislation requiring shops to close on Sundays, large supermarket chains like French giants Auchan and Carrefour have not had to fire staff.

‘We actually have a hard time recruiting people,’ said one supermarket official who preferred to remain anonymous.

Poland, which closed its doors to refugees for security reasons, must rethink its immigration policy, according to Development Minister Jerzy Kwiecinski.

‘Our economy already needs foreign workers and in the future we’ll need more and more,’ he told reporters last month.

He spoke after the government announced plans to adapt Poland’s migration policy to job market needs by favouring the entry of workers in sectors where there are vacancies.

The plan is also to dissuade Poles from moving abroad for work, and encouraging those already gone to return home – and bring their businesses along with them.

The government also wants to make it easier for foreigners to come to Poland to study subjects crucial to the economy.

Other government plans include expanding Polish language instruction for foreigners and simplifying formalities.

Even without the planned incentives, Poland has been attracting workers from abroad for years.

Mainly Ukrainians, they often come without work permits or visas which, given the laws in place, makes it necessary for them to return home every three months before crossing back into Poland three months later.

Those who work off the books also risk a fine.

The central bank estimates that one million Ukrainians currently work in Poland, and expects that figure could rise by nearly a third in the coming years.

‘We Ukrainians come to Poland to make money. That’s the only reason,’ said Maria Andreikiv, a pensioner who cleans houses in Warsaw.

‘My monthly pension in Ukraine is 1,370 hryvnias (43 euros, $52). Here, I’ll make that in a day. And prices in Ukraine aren’t that much different from those in Poland,’ she told AFP.