Politicians put their differences aside for Queen's funeral service 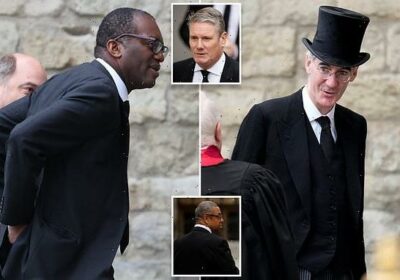 Politicians put their differences aside with Jacob Rees-Mogg, Keir Starmer and Nicola Sturgeon among those attending Queen’s funeral service at Westminster Abbey

Politicians put their differences aside to pay respect to the Queen at her funeral service in Westminster Abbey today.

MPs and peers from across parties took their places side-by-side in the congregation for the state event.

Tens of thousands of people have packed the procession route that was declared full just before 8.30am.

The grand oak doors of the Abbey – where Her Majesty married Prince Philip and had her coronation – opened at 8am, three hours before the service starts.

2,000 royals, world leaders and hundreds of members of the public began filing into the Abbey as billions around the world will watch Her Majesty’s state funeral.

Most of the VIPs arrived by coach, meeting at the Royal Hospital Chelsea before being put on a bus into Central London. 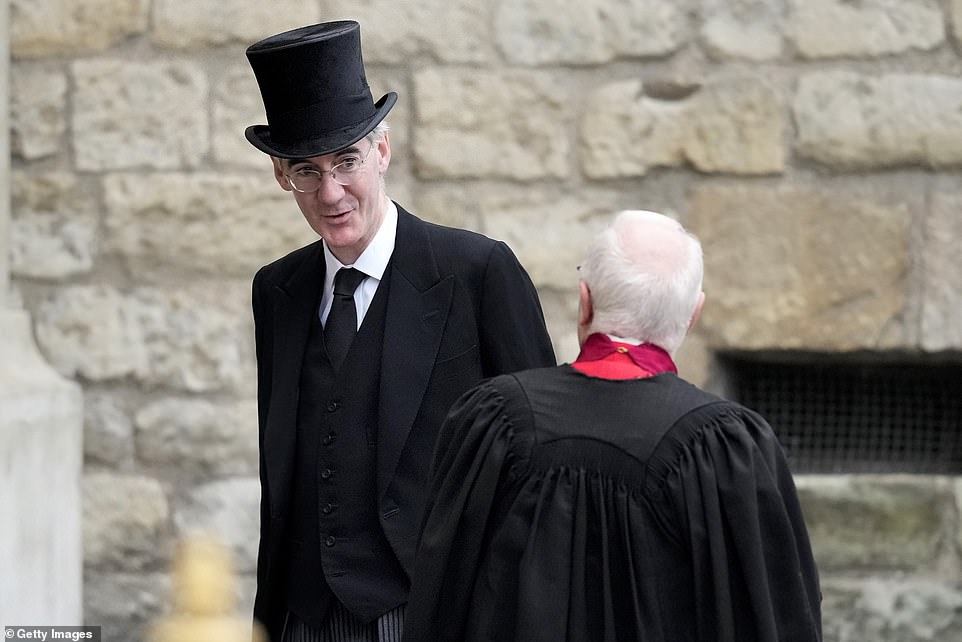 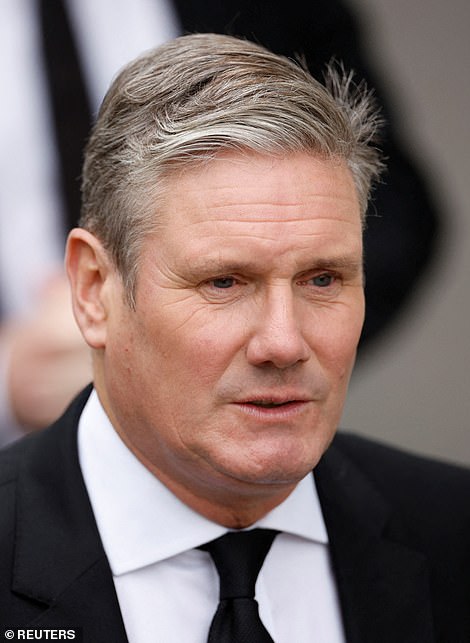 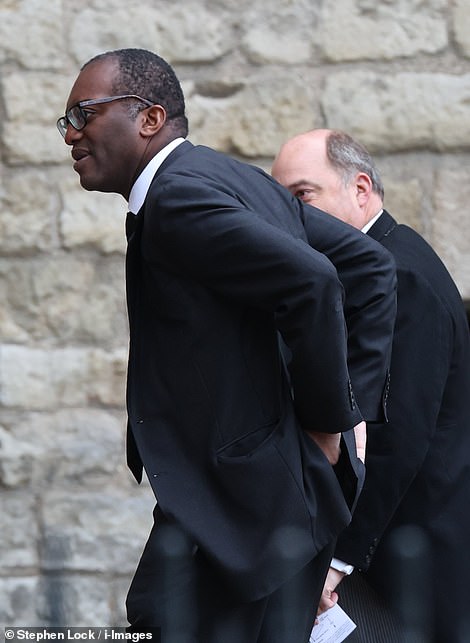 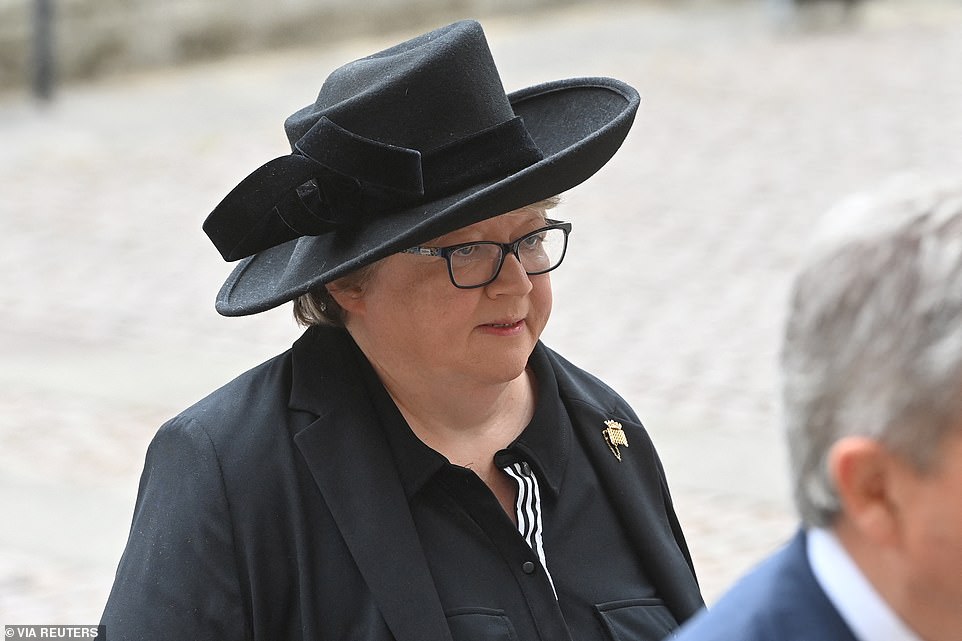 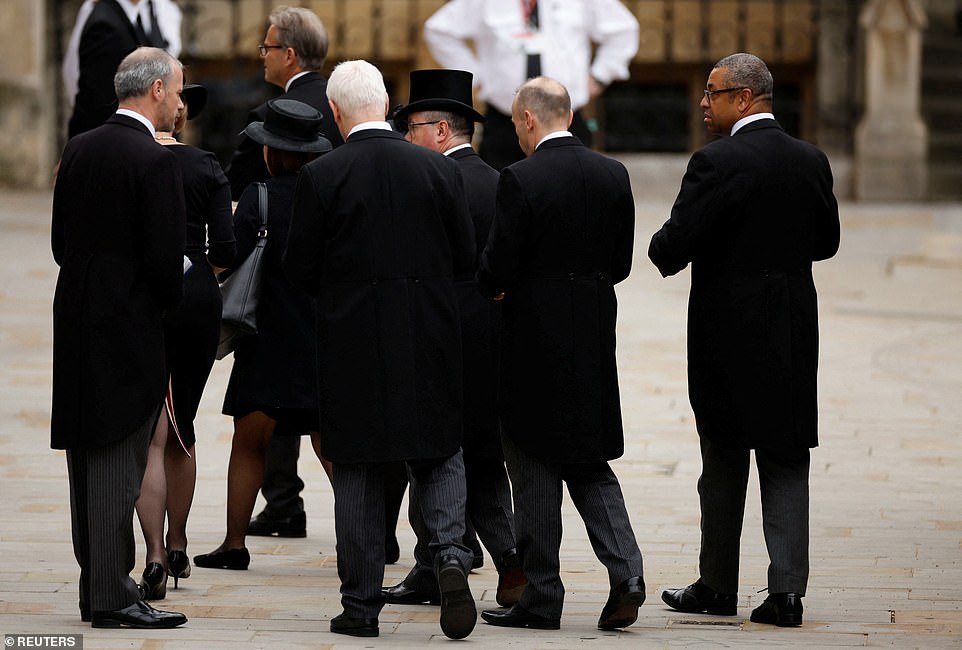 Earlier, Sir Keir said the funeral of the Queen would be a day for reflection and respect.

He told ITV’s Good Morning Britain: ‘I think today will be about reflection and deep respect. The whole world I think will be wanting to pay their respects.’

Sir Keir said he believed the events of the past 10 days would help bring people together.

‘The public have been incredible – to see those queues, to see people everywhere across London,’ he said.

‘It showed the United Kingdom for what it really is, this fantastic country able to convene and bring people together.’

He added: ‘In politics recently we have spent so much of our time on the divisive, the divisions, and actually, you know what, when the nations gets the chance it comes together. In the last 10 days that has been incredible.’

Ms Sturgeon said: ‘The state funeral for Her Majesty will be one of the most momentous occasions in recent history, with people from around the world watching and paying their respect. 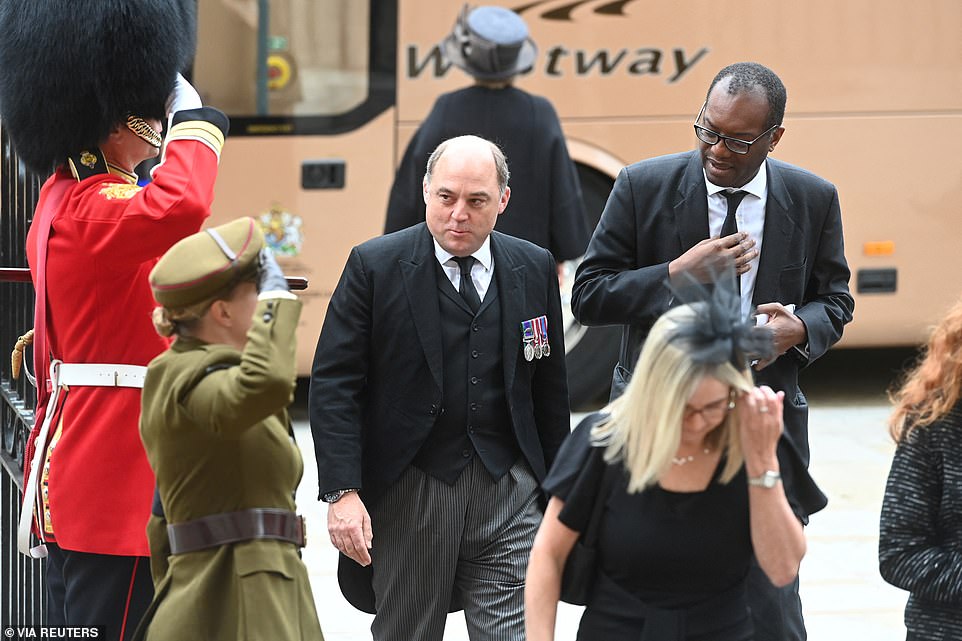 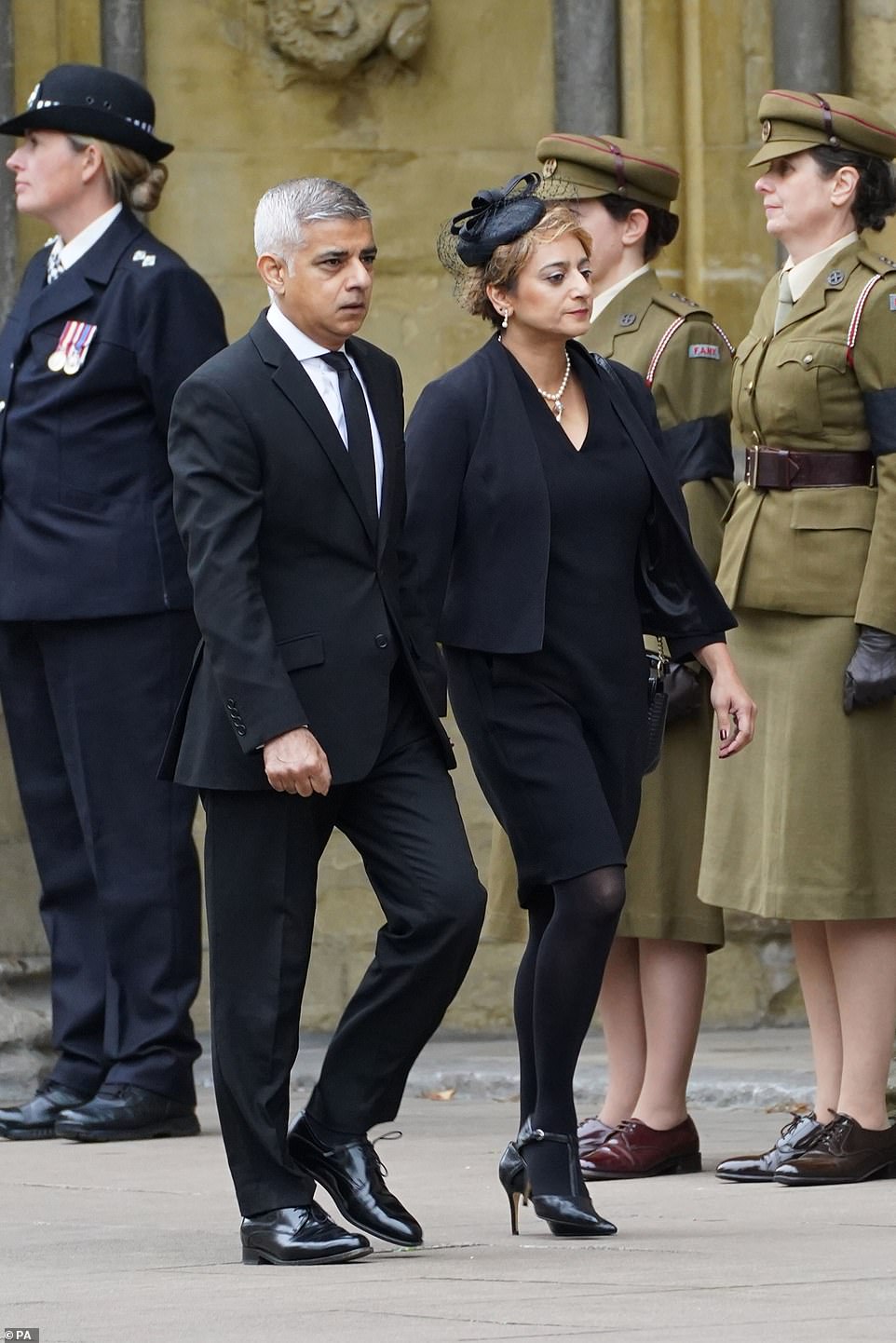 ‘She was the great constant and it is an honour to represent Scotland at the service.’

She added: ‘As the Queen is laid to rest, it gives us a chance to reflect on the events of the past 10 days which have provided a sincere, solemn and fitting tribute to our longest-reigning monarch.

‘We knew how important Scotland was to the Queen and, over recent days, we have been reminded just how much Her Majesty meant to the people of Scotland.

‘I am sure the ceremonial events in Edinburgh will live long in our national memory and today we will all bid a final and poignant goodbye to a deeply respected and much loved monarch.’

Michael and Carole Middleton, the parents of Kate, the Princess of Wales, arrived two hours early for the service, followed by Tom Parker Bowles, the son of Queen Consort, Camilla. They were also on a bus together – despite their close links to the Royal Family.

Funeral flowers in the abbey featured myrtle – which was used in the Queen’s wedding bouquet as is royal tradition. The huge white and green displays of blooms included asiatic lilies, gladioli, alstroemeria, eustoma and foliage of English oak, weeping birch and the sprigs of myrtle.

Around the coffin will stand the four tall yellow candles which usually rest around the grave of the unknown warrior at the entrance to the historic church.

And outside hardy royal fans defied no-camping rules, as people of all ages set up tents, deck chairs and even a makeshift minibar to grab premium seats for the spectacle that will see 2million flood into the capital. By 8.30am member of the public were told that the procession route was full and began diverting people to Hyde Park to watch on the big screens. 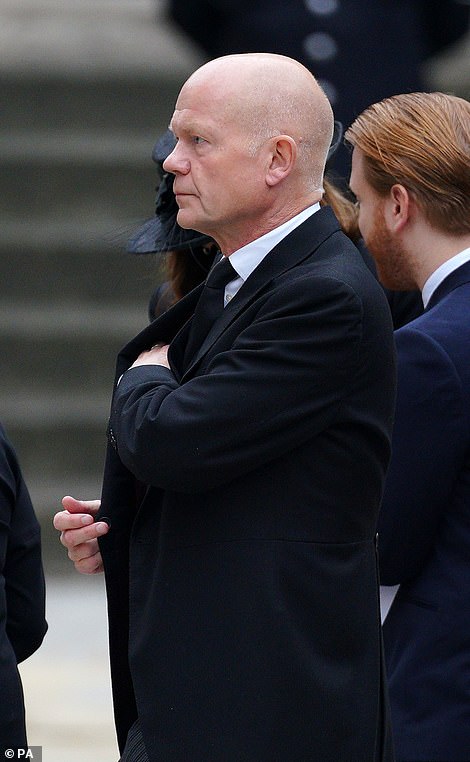 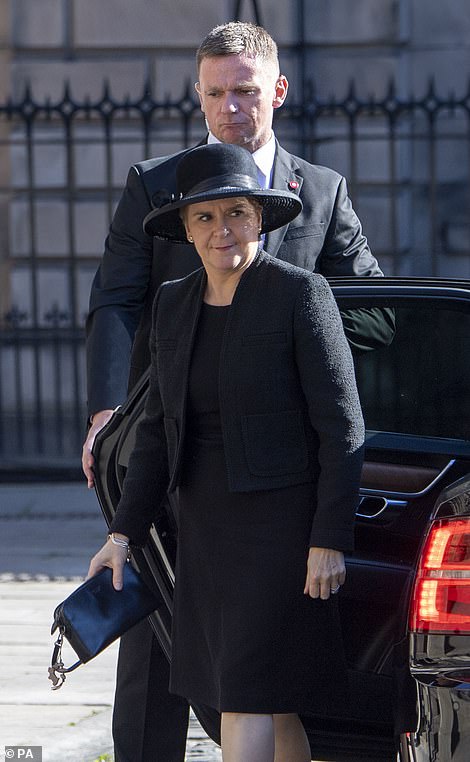 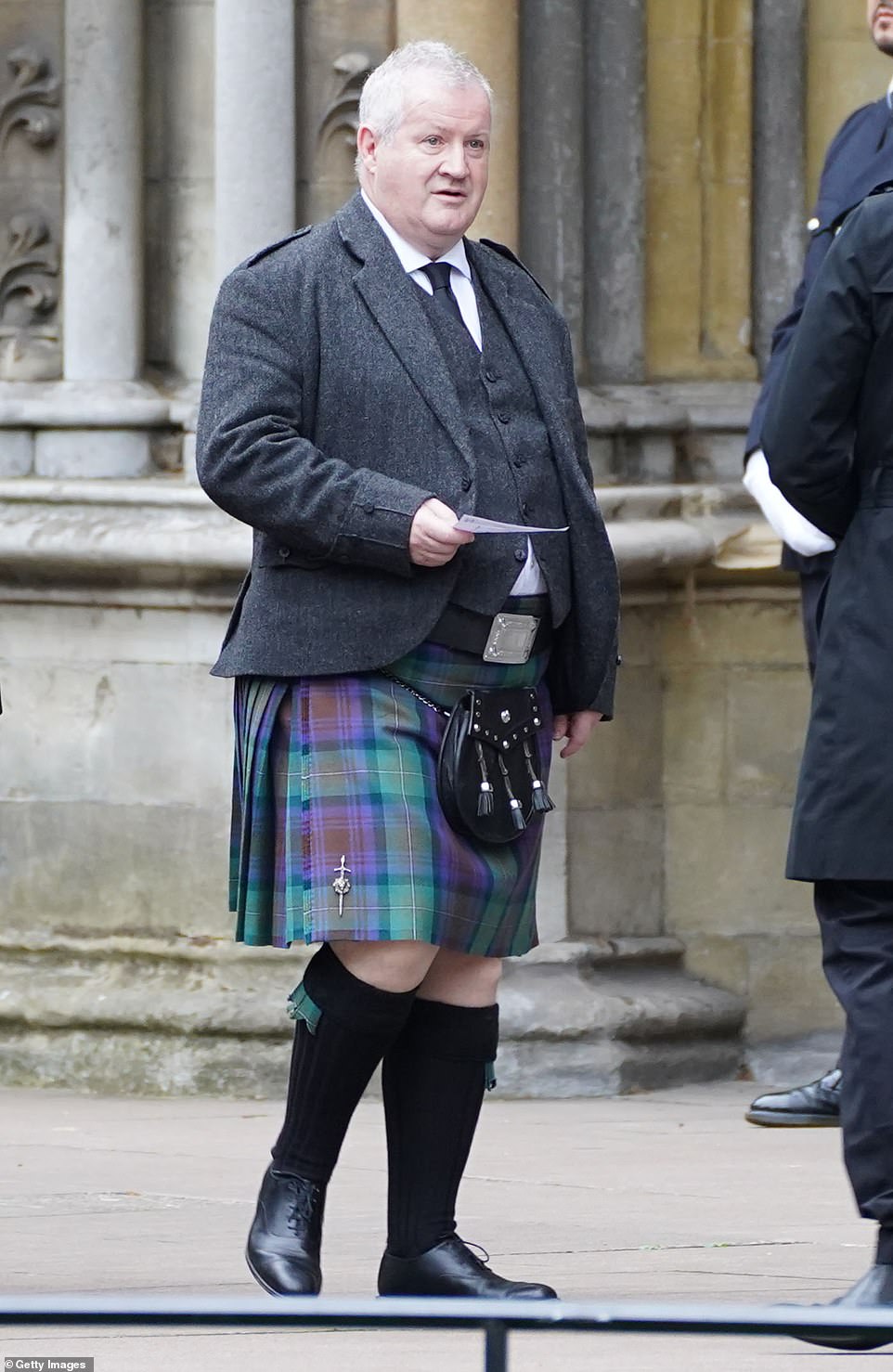